Nothing Phone (1) Launch Today: What To Expect, Event Time And Live Streaming Details

The Nothing: Return to Instinct event is scheduled to take place on July 12, 2022. Find more details about the launch event and expected pricing here. 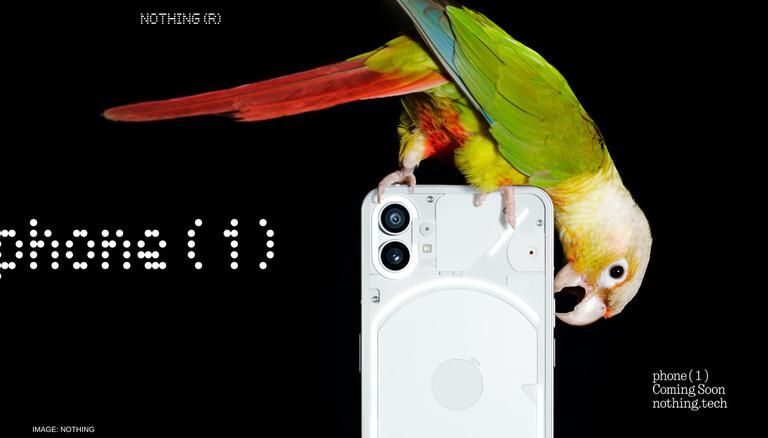 
Since its announcement, Nothing Phone 1 has taken the internet by storm with its unique design and flashy Glyph system. Reports and rumours have been surfacing almost every day, adding to the hype and buzz around the London-based company's first smartphone. Over the last couple of days, the company has revealed almost all the specifications of the smartphone, except the price. However, with hundreds of news articles and plenty of YouTube videos, it all comes down to the launch event that is supposed to take place today.

Nothing: Return to Instinct - How to watch the event live?

The Nothing: Return to Instinct event is scheduled to take place on July 12, 2022, i.e., today at 08:30 PM IST. The company will stream the launch event on its official YouTube channel. Readers can watch the launch event by clicking on the YouTube card attached below. Further, the company should also post all the updates through its social media platforms so if one wants to follow the launch event closely, following Nothing on Twitter and Instagram is a good idea.

Nothing Phone 1 - What to expect?

At this point, pretty much all the specifications of the smartphone have been revealed by the company. The Nothing Phone 1 could feature a 6.55-inch AMOLED display that supports up to 120hz refresh rate and an in-display ultrasonic fingerprint scanner. Under the hood, the smartphone is confirmed to feature a Snapdragon 778G+ chipset. Further, it could come in multiple storage and RAM models, starting from 8GB of RAM and 128GB of storage.

A couple of days ago, Carl Pei's company also revealed that the Nothing Phone 1 will come with a dual-camera setup, one of which is confirmed to be a 50MP Sony IMX766 sensor (with OIS). The other sensor could also be a 50MP shooter that shoots both macro and ultra-wide shots. Listing on certification sites suggests that the device will support 33W wired charging and reverse wireless charging as well. All in all, if everything goes right the Nothing Phone 1 is going to be a solid mid-range device.

READ | Nothing Phone 1: Expected price, camera specifications and everything we know so far

Nothing Phone 1 - What would be the price?

While the company has revealed a lot of details, price is not one of them. Nothing is going to enter the global market with players like Apple and Samsung ruling over the premium and mid-range segment, and hence, its price will play a key role. Recent rumours suggest that the smartphone is going to be priced between Rs. 30,000 to Rs. 40,000 depending upon the storage models. However, it would be better if the price remains towards the lower spectrum of range.

READ | Nothing Phone (1) might arrive with a transparent TPU case, images leaked ahead of launch

If Nothing Phone 1's price tends to be higher, it would immediately, through no fault of its own, start competing with devices like iPhone 11 and Samsung Galaxy S20 FE 5G. When that happens, things would come down to the unique Glyph Interface and transparent back design and the user experience, because the other two smartphones set the bar too high. Nevertheless, stay tuned for Republic World's live blog that will provide every single update during the Nothing Phone 1 launch event tonight.