POCO M2 Pro price details and more are highlighted in this article. Find out what will be the expected price of the smartphone and the upcoming phones of Xiaomi

The Xiaomi website recently teased the launch of one more generation under its POCO brand called POCO M2 Pro. Where the fans of POCO smartphone were waiting for the release of the next phone under the F-series such as POCO F2 or POCO F2 Pro, the news of M2 pro has taken the country on a frenzy. This new line-up under the brand was spotted in the RF exposure section of the Xiaomi India website.

POCO M2 Pro to be launched in India soon

According to reports, the POCO M2 was seen on the Xiaomi India website on the RF exposure page without any detailed information. However, the fans were able to spot the model number M2001J2I of the smartphone on the official Indian site. This reveals that POCO M2 Pro is not a rebranded variant of Poco F2 or the Poco F2 Pro as the model number of the Poco F2 Pro is M2004J11G. As soon as the news regarding the launch POCO M2 Pro smartphone went viral, Xiaomi India removed the mobile from the list. But, looking at the phone, many tech experts and leading news portal revealed that the phone will directly compete with the Samsung Galaxy M series. 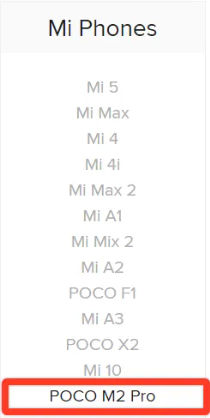 The reports say that the POCO M2 Pro is going to be budget-friendly and it will focus mostly on the essential factors which are necessary for the budget smartphone buyers, i.e. big battery, massive display and quad cameras. The tech experts predict the expected price of POCO M2 Pro to be in the range of â‚¹10,000 which would also make the company compete with the Redmi Note 9 smartphones.

Apart from this, the most awaited smartphone Xiaomi Mi 10 is going to be launched on May 8, 2020, in India. The Xiaomi India RF exposure page also listed Mi 10 in its upcoming phones list. The price for Xiaomi Mi 10 in China starts at CNY 3,999 so the Indian pricing is expected to around â‚¹42,400.

PEOPLE HAVE PLEDGED SO FAR
LATEST NEWS
View all
2 days ago
'India 2nd largest manufacturer of mobiles in the world,' claims Union Min RS Prasad
6 days ago
OnePlus Z specifications, expected price, launch date and more
2 days ago
When will OnePlus 8 sale start in India? Pre booking details, price, specs and more
6 days ago
How to screen record on iPhone 11? Here's how you can record your screen easily
1 day ago
Top Indian mobile brands that every Indian should know about; See list here