Realme came, it saw, and it conquered India’s burgeoning budget smartphone market – at least that’s what numbers shared by the Oppo spinoff brand seem to suggest. Realme made its India debut in May 2018 (with the Realme 1) and sold over 40 lakh phones here in only 7 months – it sold over 20 lakh Realme 2 phones in India in less than five months. That’s not a bad score, for such a young company. Clearly, the Realme 1 and Realme 2 have been critical to Realme’s success in India and as such, the Realme 3 has been one of its most highly anticipated products.

The Realme 3, that is launching in India today, seems ready for the challenge. At least, that’s what its paper specs will have you believe. Although the Realme 3 is coming at a time when competition is at an all-time high, Realme believes it has only one competition – Xiaomi. The Realme 3 has been designed from ground up to take on Xiaomi’s recently launched Redmi Note 7 – Realme was quite vocal about this at its press event in the National Capital today. As a gradual extension to this competitive spree, Realme also announced that it is working on a Pro variant of the Realme 3, aka the Realme 3 Pro. Realme will launch the Realme 3 Pro in India in April to take on the Xiaomi Redmi Note 7 Pro.

Now, the Realme 3 Pro will come when it will come. For now, I have been using the Realme 3 for the last one week and basis of my brief usage, I can say this – the Realme 3 is quite a starry budget affair and should be on your list if you’re looking to buy a new handset in and around Rs 10,000. 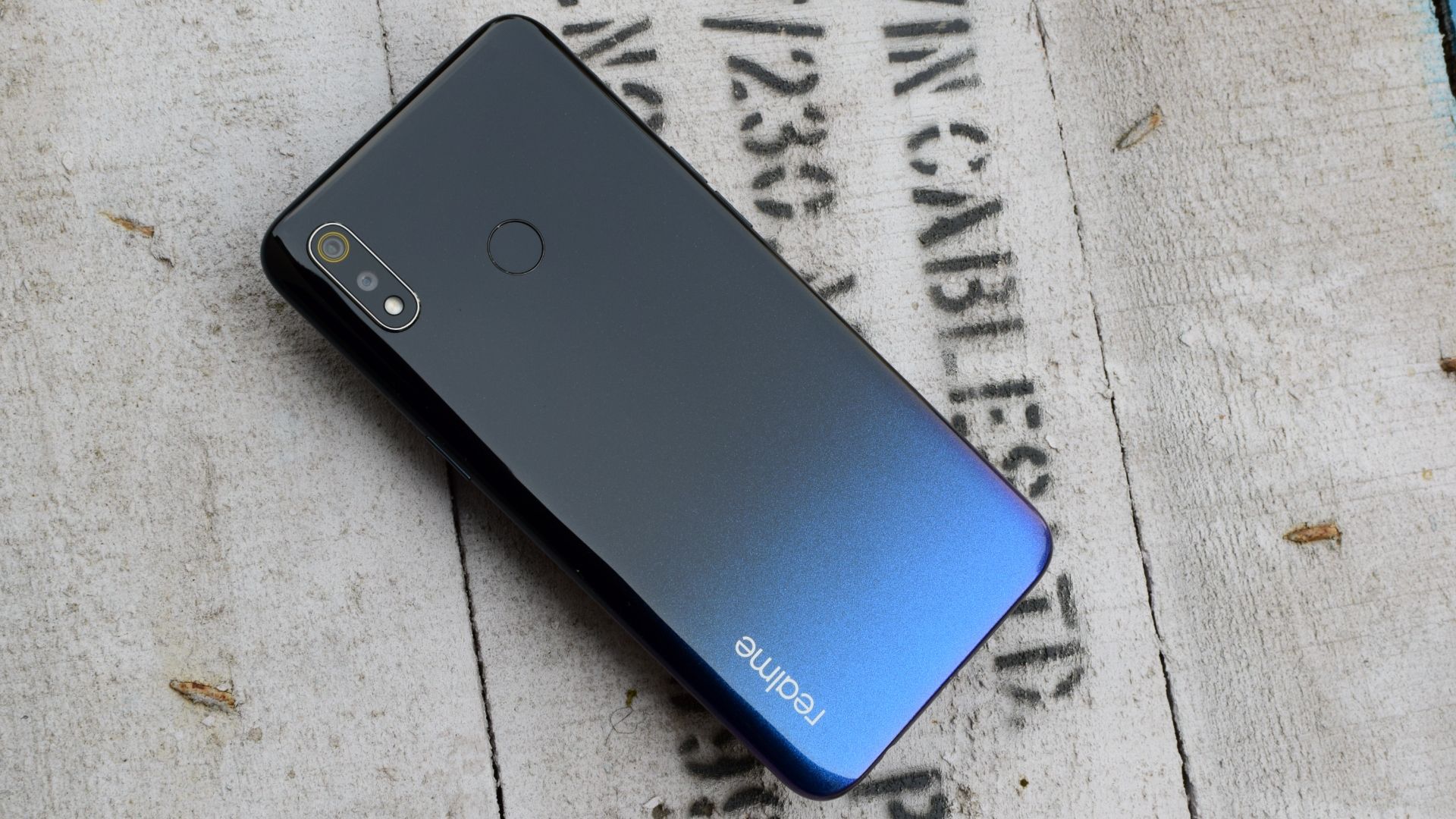 The Realme 3, which is a follow-up to the Realme 2 from last year, brings with it an updated design and a teardrop/waterdrop-style notch, in addition to packing newer hardware as well as the very latest in software. And yet, the Realme 3 costs just about the same as the Realme 2. Realme has launched the Realme 3 in India at a starting price of Rs 8,999 for the base variant with 3GB RAM and 32GB storage, going all the way to Rs 10,999 for the top-end variant with 4GB RAM and 64GB storage.

Even though the Realme 1 and Realme 2’s diamond-cut design had become a unique selling point for the company, Realme opted to shake things up quite a bit with the Realme 3 – in design as well as in branding.

In a first for any Realme phone, the Realme 3 features a unibody design with a gradient back. Realme is offering three distinct styles here – dynamic black, radiant blue and standard black. While the dynamic black variant of the Realme 3 has a dual tone black plus blue/purple shimmery effect (the phone is piano black at the top, and gradually changes to starry blue/purple towards the bottom), the radiant blue variant metes out a blue plus green mirror-like effect. The regular black variant of the Realme 3 is meanwhile meant for those who like it simple and sober. That’s about the colours. The Realme branding on the back also sees an overhaul in the Realme 3 – it has a new font and a new vertical alignment in line with the dual rear cameras up-top.

Underneath, the Realme 3 is all plastic though which is understandable considering the price – but competing products from Xiaomi and Asus have moved on to glass and metal now, so that’s that.

Overall, the Realme 3 does manage to stand out from competition with its unique blend of colour options – clearly, budget phones are getting really exciting by the day. In fact, it won’t be wrong to say that the Realme 3 is one of the best-looking phones south of Rs 10,000.

And, it feels good. The back sort of eases into the front – enhancing grip and ergonomics. Even as the multi-tone colour scheme imparts a dash of premium to the whole package. The power button on the right and the volume rocker on the left offer good tactile feedback. The fingerprint scanner on the back is fast and reliable. All in all, the Realme 3 is pretty sorted when it comes to both form and function – which is always appreciated in a phone at its price point. 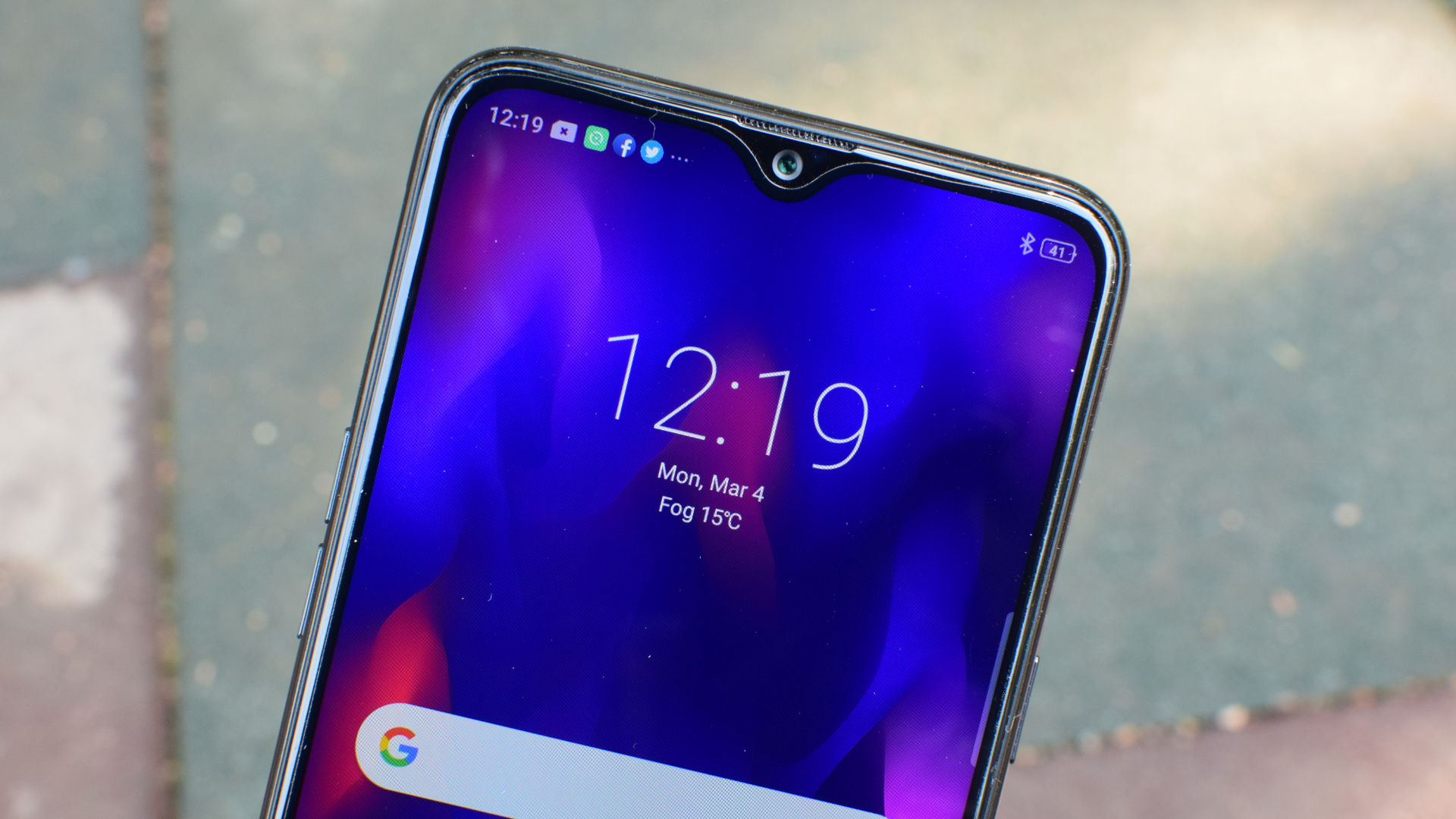 Moving on, the Realme 3 has a 6.2-inch 720p+ IPS LCD display with a teardrop/waterdrop-style notch and Corning Gorilla Glass 3 protection. The HD+ screen may seem lacking on paper, but it does a fairly good job in terms of all-round usage – offering decent colours and viewing angles. But it’s not the brightest panels around – this is accentuated further by Realme’s aggressive power-saving algorithms.

The Realme 3 is powered by a MediaTek Helio P70 – a processor that Realme says offers more value for money at its price point over the Qualcomm Snapdragon 660 (that is inside the Redmi Note 7). Based on a more efficient 12nm process, the Helio P70 offers 40 per cent lower power consumption in heavy loading games and 3 per cent better CPU performance in multi-core tasks over Qualcomm Snapdragon 660 which is a 14nm-based processor. This is paired with up to 4GB RAM and up to 64GB storage which is expandable by up to 256GB via a dedicated micro-SD card slot. The Realme 3 further packs a sizeable 4,230mAh battery with micro-USB charging (no fast charging).

My initial impressions have been mostly positive – the Realme 3 is pretty good at handling basic day-to-day tasks, slowing down only when you have too many apps running in the background. The Realme 3 is not a gaming phone but I am guessing those looking to invest in a phone around Rs 10,000 will already know that – you can play high-end games like PUBG and Asphalt, but you’ll have to lower your expectations when it comes to frame rates. A good thing about the Realme 3 though is that it does not heat up, even when it is pushed to the edge. More on this in our full review. 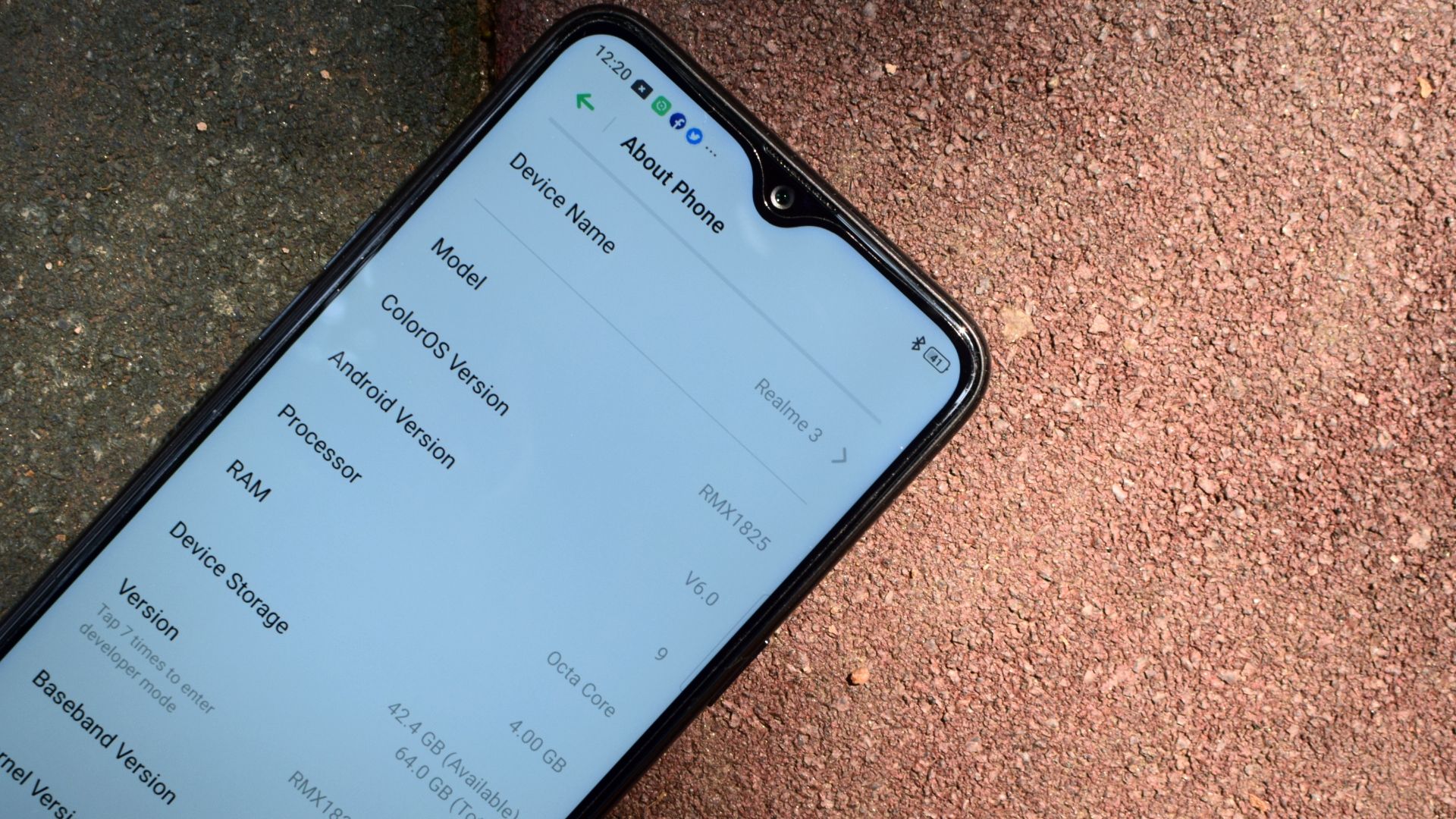 The Realme 3 runs Oppo’s new ColorOS 6 which is based on Android 9 Pie. The ColorOS 6 update brings an all-new ‘borderless’ design and newer fonts, but its ability to allow users to switch to an app drawer interface will invariably be its most talked-about feature in the days to come – Oppo and Realme say the feature was seemingly requested by many users. The software is surely cleaner and more efficient from the one found in past Oppo/Realme phones that were simply a cornucopia of unnecessary settings and features. 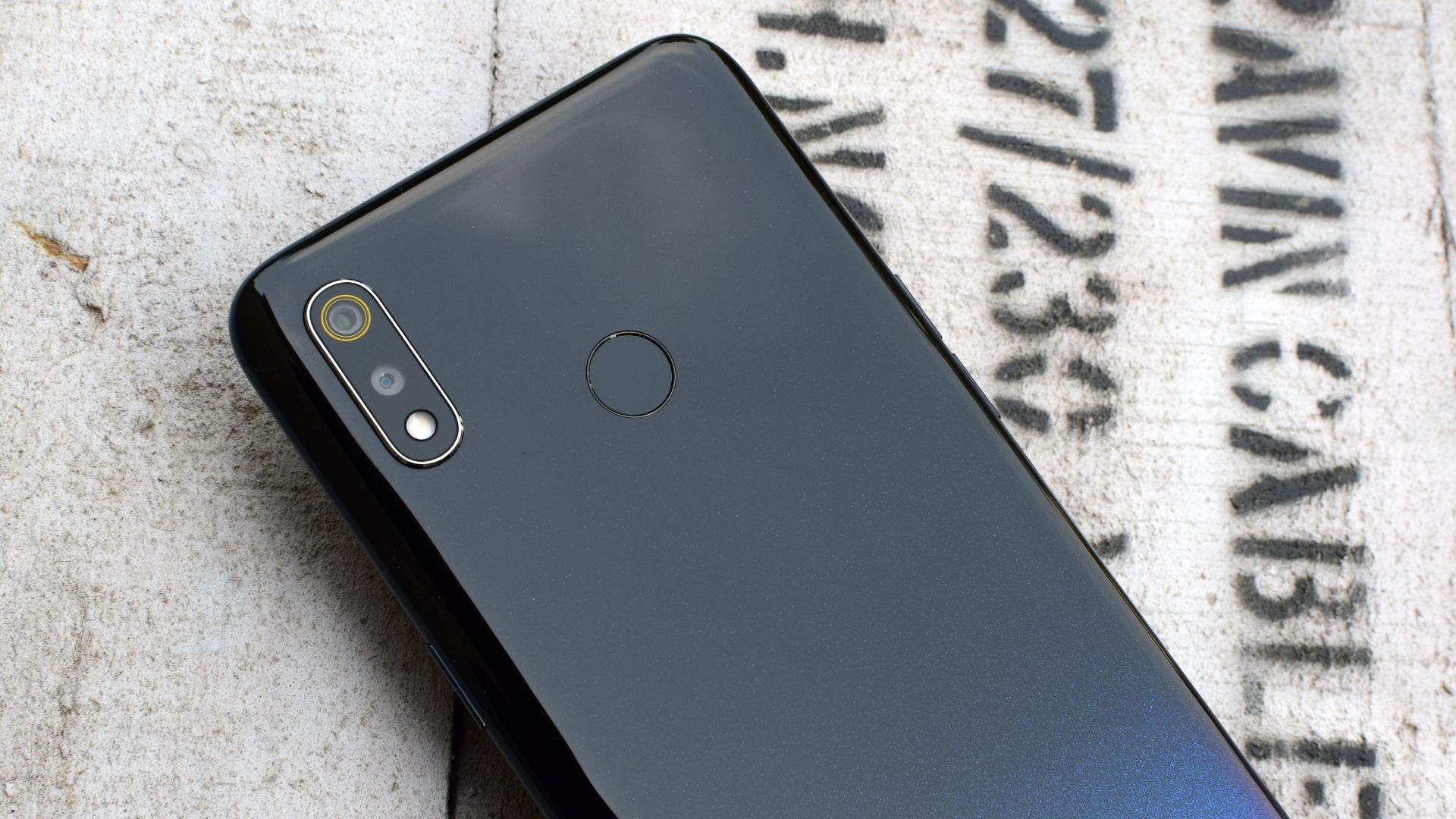 On to the optics, the Realme 3 has a dual rear camera system consisting of a 13MP f/1.8 sensor and another 2MP sensor for depth sensing aka portrait photography. On the front, the Realme 3 comes with a 13MP camera.

While the Realme 3’s dual rear camera system (and, its front camera) supports AI-based scene recognition, Realme is touting two features as highlights. One being Nightscape which is Realme’s take on the night mode we’ve come to see on many phones lately (Realme says the Realme 3 is the first phone at its price point to get it) - for cleaner low-light photos with more detail. The other being Chroma Boost – for achieving greater dynamic range and more balanced exposure under different lighting scenarios. Additionally, Realme says that the Realme 3’s front camera supports group selfie beauty (for up to 4 people) that can “automatically identify genders in the same photo to apply the most suitable beautification solutions.” 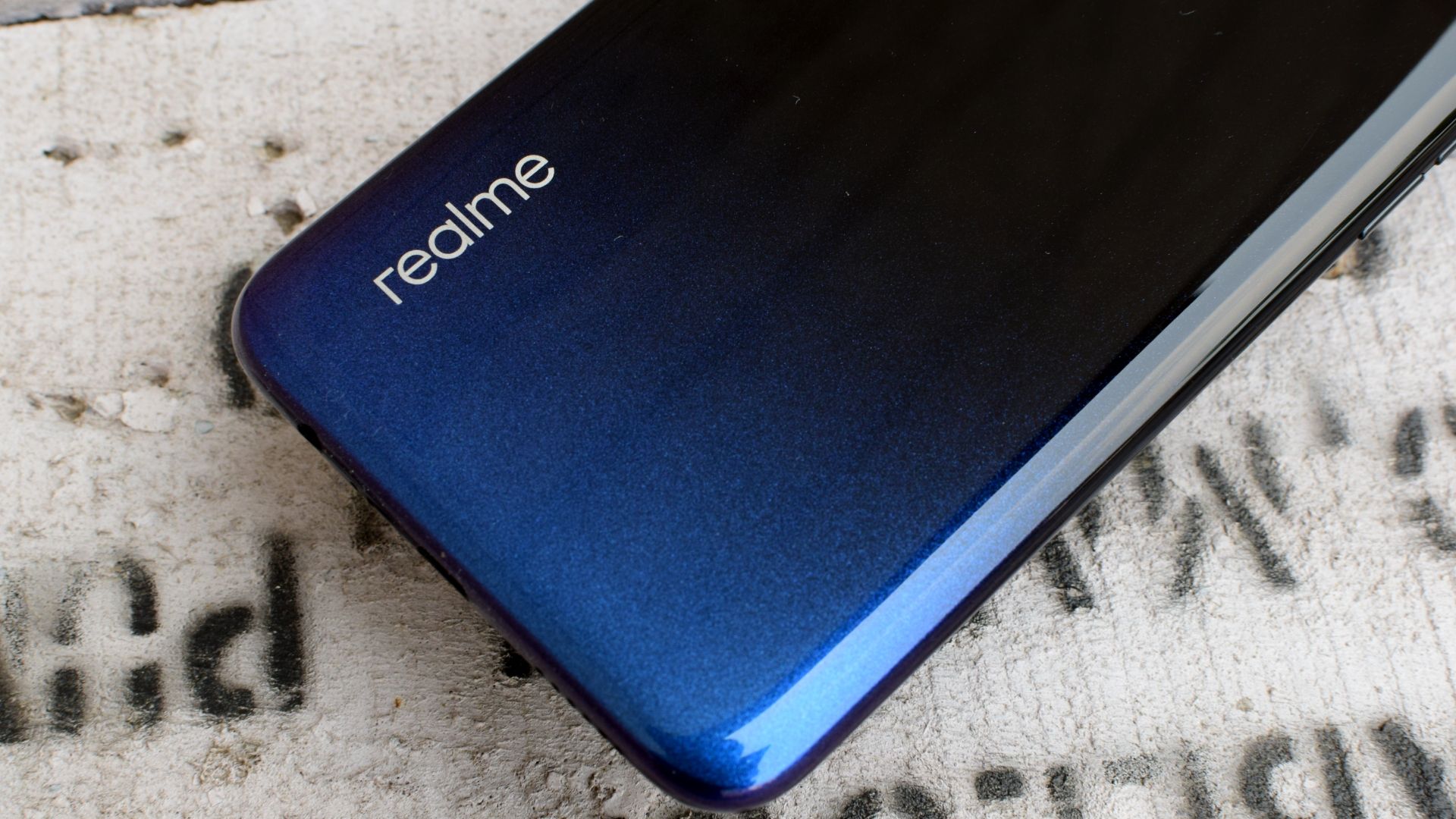 The cameras on-board the Realme 3 are a step-up from the Realme 2 and even Realme’s more expensive Realme U1. Again, more on this in our full review.

The Realme 3 is a phone that sets out to get the basics right – those basics being, design, performance, and battery life. And it kind of excels in almost all these departments. Its display and cameras aren’t bad either. The Realme 3 is a budget phone but it does not necessarily skimp on anything – even at its low price. As I mentioned earlier, believe it or not, but budget phones are getting really exciting. Watch this space for our full review of the Realme 3 in the days to come.