REVIEW: Realme 3 Pro Brings Lots Of Power And Stamina To The Mid-range Segment, But Does It Beat The Xiaomi Redmi Note 7 Pro?

The Realme 3 Pro is Realme’s answer to Xiaomi’s 48MP camera-toting Redmi Note 7 Pro – there are no two ways about that. Should it beat the Redmi Note 7 Pro, the Realme 3 Pro will invariably become the best value smartphone to get in the Rs 10,000-Rs 15,000 price segment. The stakes are obviously very high and even though I can tell you straight off the bat that there’s no clear winner here, at the end of the day, it doesn’t really matter. Both these phones are so good, it’s a win-win situation for everyone – especially for buyers. Because now, buyers can pick and choose, exactly what they want. And, what they need.

The Realme 3 Pro isn’t made of glass, like the Redmi Note 7 Pro, but you’ll be hard-pressed to make out the difference – especially from afar. The multi-layered plastic that Realme is using in the Realme 3 Pro exudes an almost glass-like confidence especially in the way it reflects light. Realme says the design is inspired by the Le Mans race track in France – the phone has a unique oblique gradient colorway and an S-shaped pattern on the back that’s visible at specific angles. Realme will be offering the Realme 3 Pro in three distinct styles, Nitro Blue, Lightening Purple and Carbon Gray, and each has its own virtue. 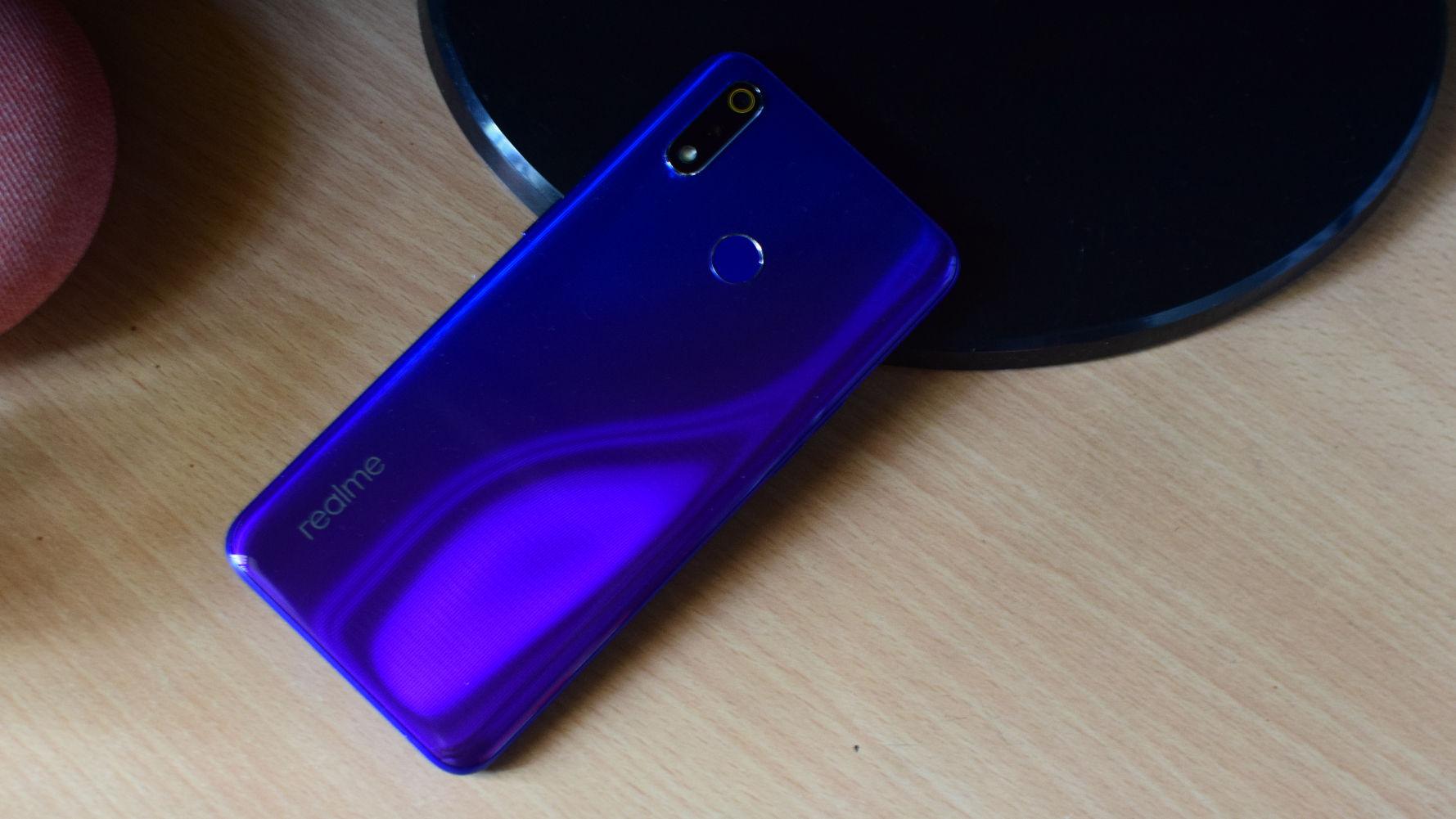 It’s not unibody like the Realme 3 but it’s got just the right amount of curves so it sticks comfortably in your palm – even though the back can be tad slippery to hold. The power button on the right and the volume rocker on the left are well positioned so reaching them is no hassle – also, they offer good tactile feedback. The always-on fingerprint reader on the back is also just about at the right height – it's fast and accurate too.

All that plastic helps in keeping the weight in check as well. The Redmi Note 7 Pro can be unwieldy at times – the Realme 3 Pro is just the opposite which is impressive because it is housing an even bigger battery inside. 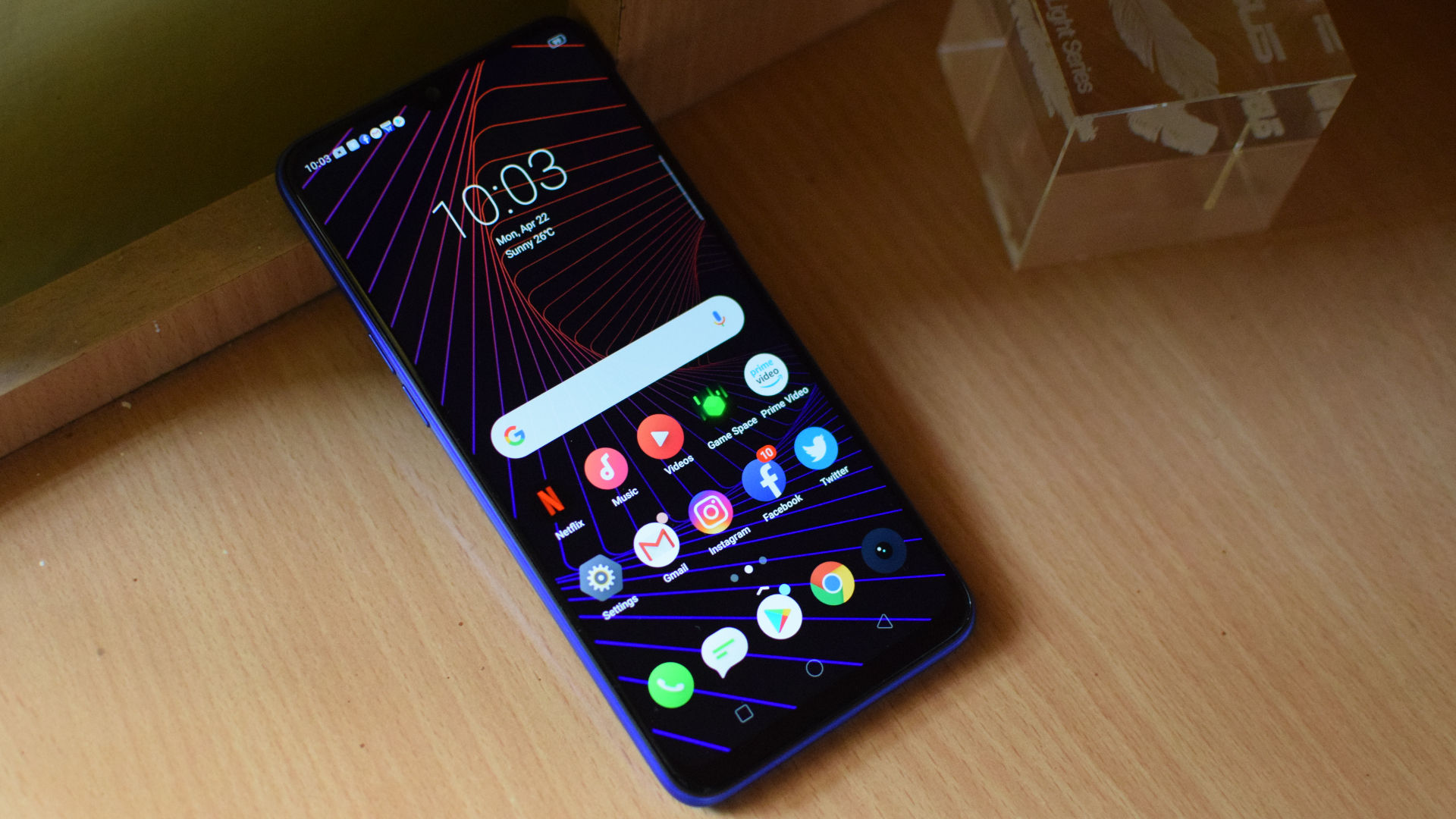 The Realme 3 Pro has a 6.3-inch 1080p+ IPS LCD display with a teardrop/waterdrop-style notch and Corning Gorilla Glass 5 protection. Not only does the Realme 3 Pro have smaller bezels (including a smaller chin), it has a better-quality screen – compared to the Redmi Note 7 Pro. It is bright and vivid and has great viewing angles. But it’s not perfect – the screen of the Realme 3 Pro is a smudge magnet which can be a dampener in outdoor sunny environment.

Like the Redmi Note 7 Pro, the Realme 3 Pro is also a very powerful phone – the difference between the two phones is, in fact, user-specific. While the Redmi Note 7 Pro has a Qualcomm Snapdragon 675, the Realme 3 Pro comes with a Qualcomm Snapdragon 710. Both the brands have been publicizing how their phone is more powerful than the other – Xiaomi says the SD710 is a one-year-old chipset with an inferior CPU, while Realme says the SD710 has a better GPU and can play Fortnite. Both are right but let me try and break it down for you, minus all the marketing jargon. 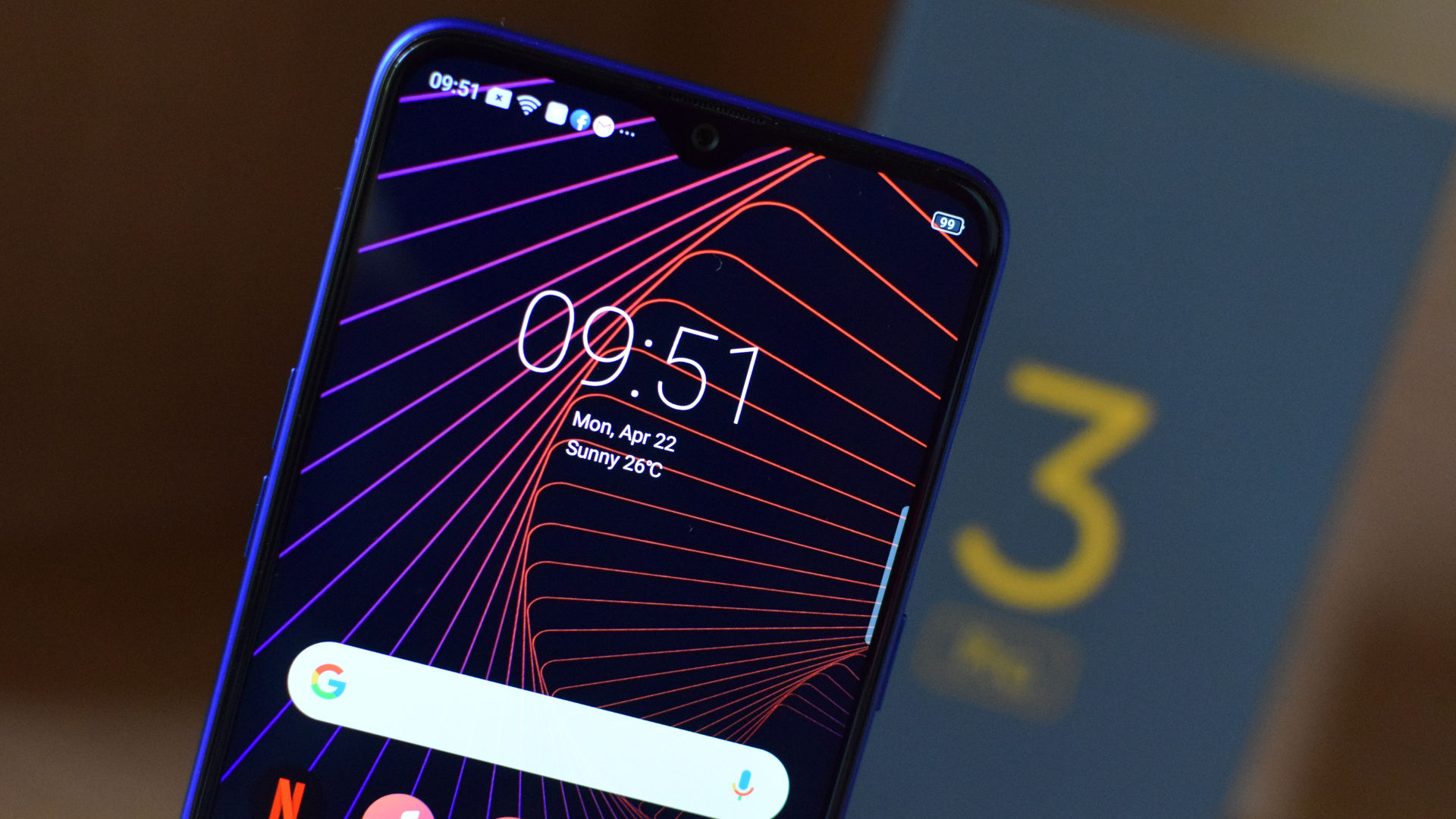 -The SD675 has a better CPU but the SD710 offers more efficiency and a better GPU.

While thermal efficiency is always a plus, it’s not a deal-breaker in either of these phones – both the Realme 3 Pro and Redmi Note 7 Pro run mostly cool as a cucumber and have high-capacity batteries and useful power management tools to make the best out of them.

The Redmi Note 7 Pro has a better CPU but it somehow doesn’t feel like a fast(er) phone in comparison to the Realme 3 Pro – in fact, in some cases like the camera UI, it is sluggish and below par. Software updates can of course fix that, but straight out-of-the-box, I have found the Realme 3 Pro to be a better performing phone across the board. And, its better GPU, churns out slightly better frame rates during both basic games like Candy Crush and graphically intensive games like PUBG. The Realme 3 Pro also has a thing called game space, that helps allocate resources on a per game basis. 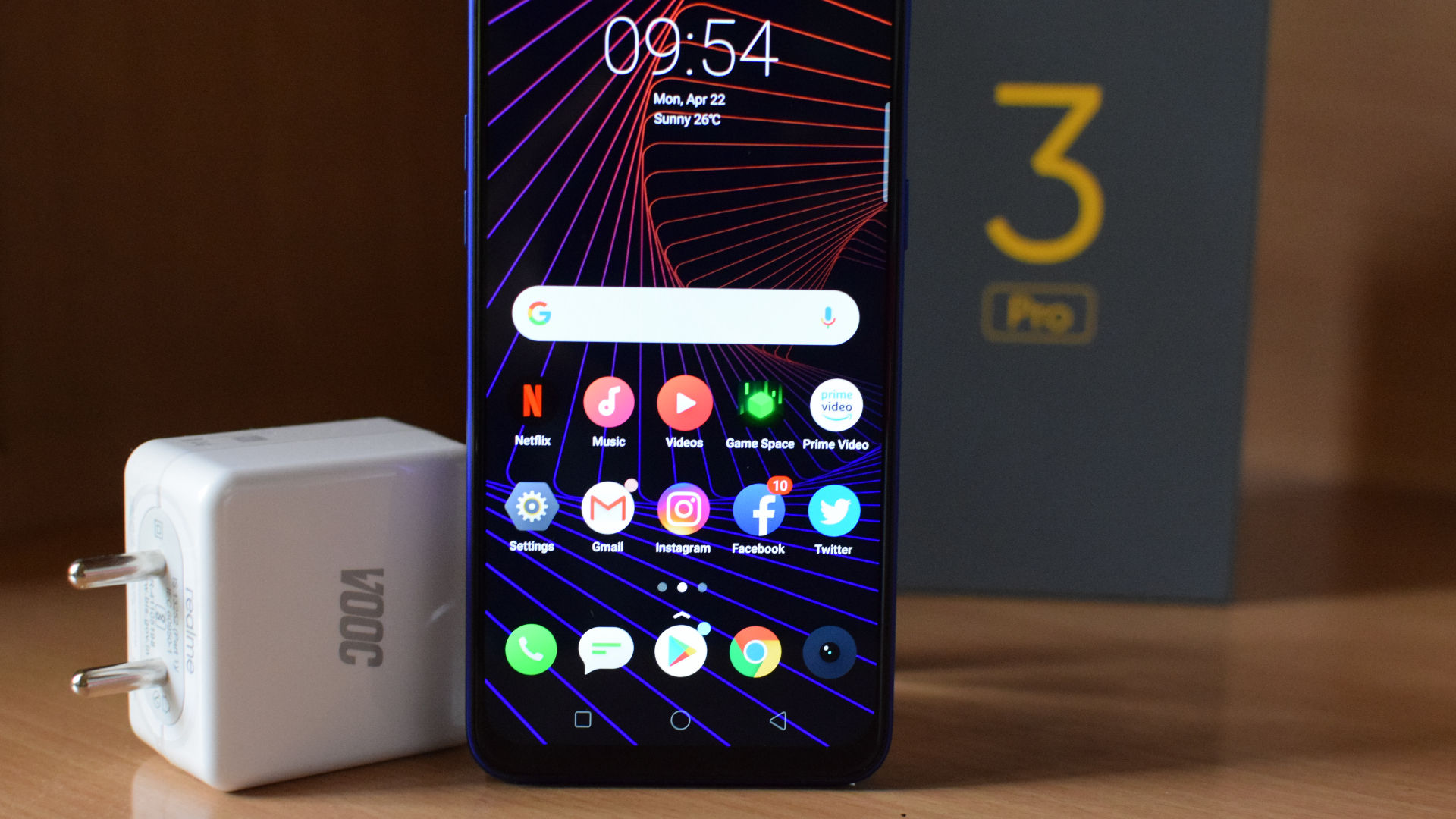 While I am not a fan of Oppo’s ColorOS, I like the direction in which it is going lately. The Realme 3 runs Oppo’s new ColorOS 6 which is based on Android 9 Pie. The ColorOS 6 update brings an all-new ‘borderless’ design and newer fonts, but its ability to allow users to switch to an app drawer interface will invariably be its most talked-about feature in the days to come – Oppo and Realme say the feature was seemingly requested by many users. The software is surely cleaner and more efficient from the one found in past Oppo/Realme phones that were simply a cornucopia of unnecessary settings and features. Also, I can’t stress enough – the Realme 3 Pro doesn’t show any ads.

It’s a tight call in the camera department as well – although, I must say, the Redmi Note 7 Pro has a lot more megapixels (and a newer, more powerful sensor) backing it. The Realme 3 Pro has a dual rear camera system on the rear consisting of a 16MP (Sony IMX 519, which is famously also the same sensor inside the OnePlus 6T) sensor with f/1.7 aperture and another 5MP sensor for depth sensing aka portrait photography.

While the Realme 3 Pro’s dual rear camera system supports AI-based scene recognition, Realme is touting two features as highlights. One being Nightscape which is Realme’s take on the night mode we’ve come to see on many phones lately - for cleaner low-light photos with more detail. The other being Chroma Boost – for achieving greater dynamic range and more balanced exposure under different lighting scenarios. There are a couple of more interesting features, but more on that later. 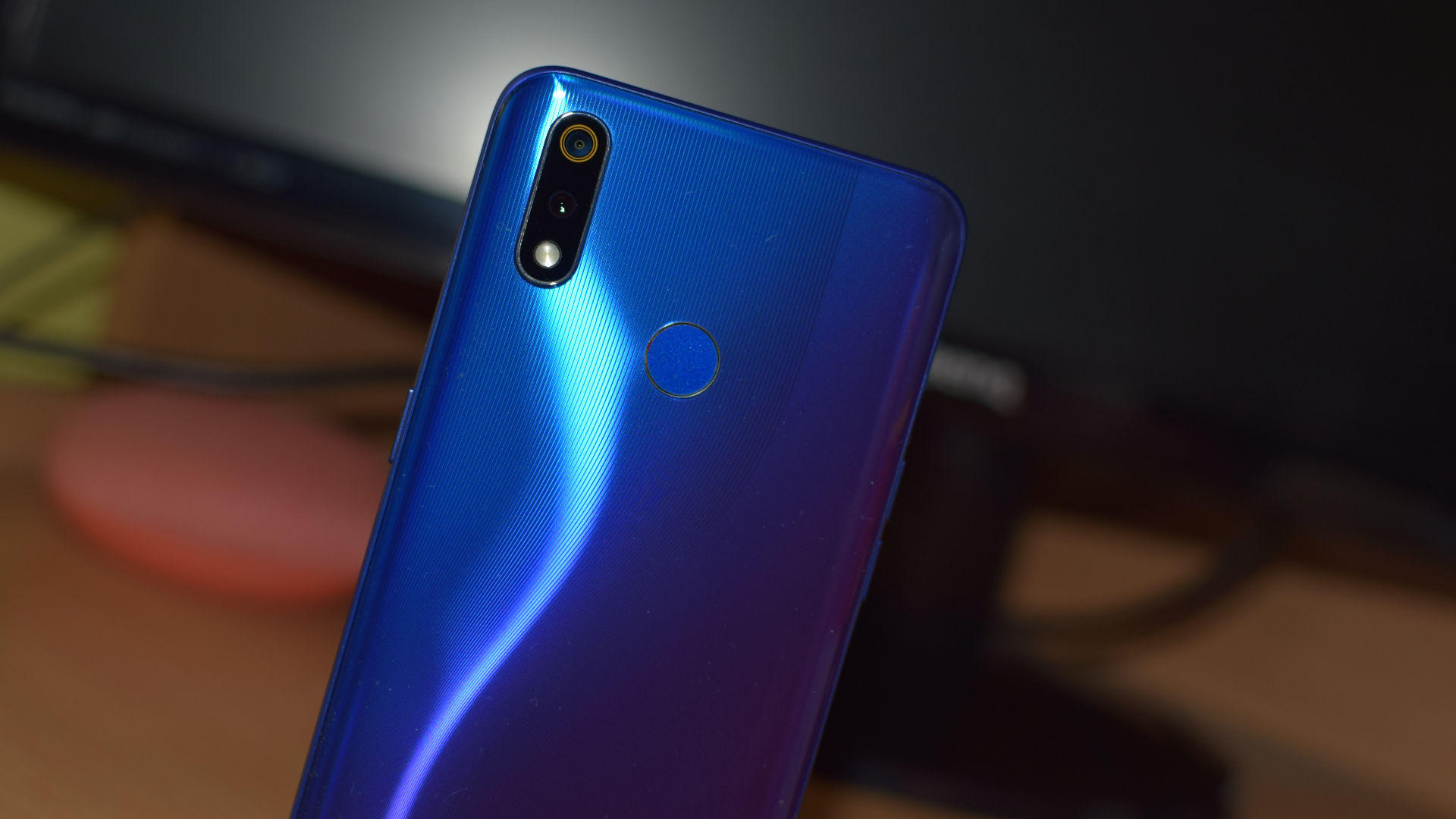 The 16MP primary rear camera of the Realme 3 Pro can capture some good-looking photos with good amount of detail and mostly spot-on colours in good light. Dynamic range is also good for the price in such situations. Chroma boost, when enabled, can bump up the dynamic range a bit further. The 5MP secondary depth camera can also capture good portrait shots in good light with good-enough edge separation and smooth creamy background blur. The Realme 3 Pro can also capture good photos in tricky light – and brighter, more detailed photos in low light courtesy Realme’s Nightscape.

All round, I like the camera quality of the Redmi Note 7 Pro better though – even though its camera app can be frustratingly slow at times.

But selfies are a whole different ball game – the 25MP front camera of the Realme 3 Pro clicks more superior selfies with lots of details in all sorts of lighting conditions. 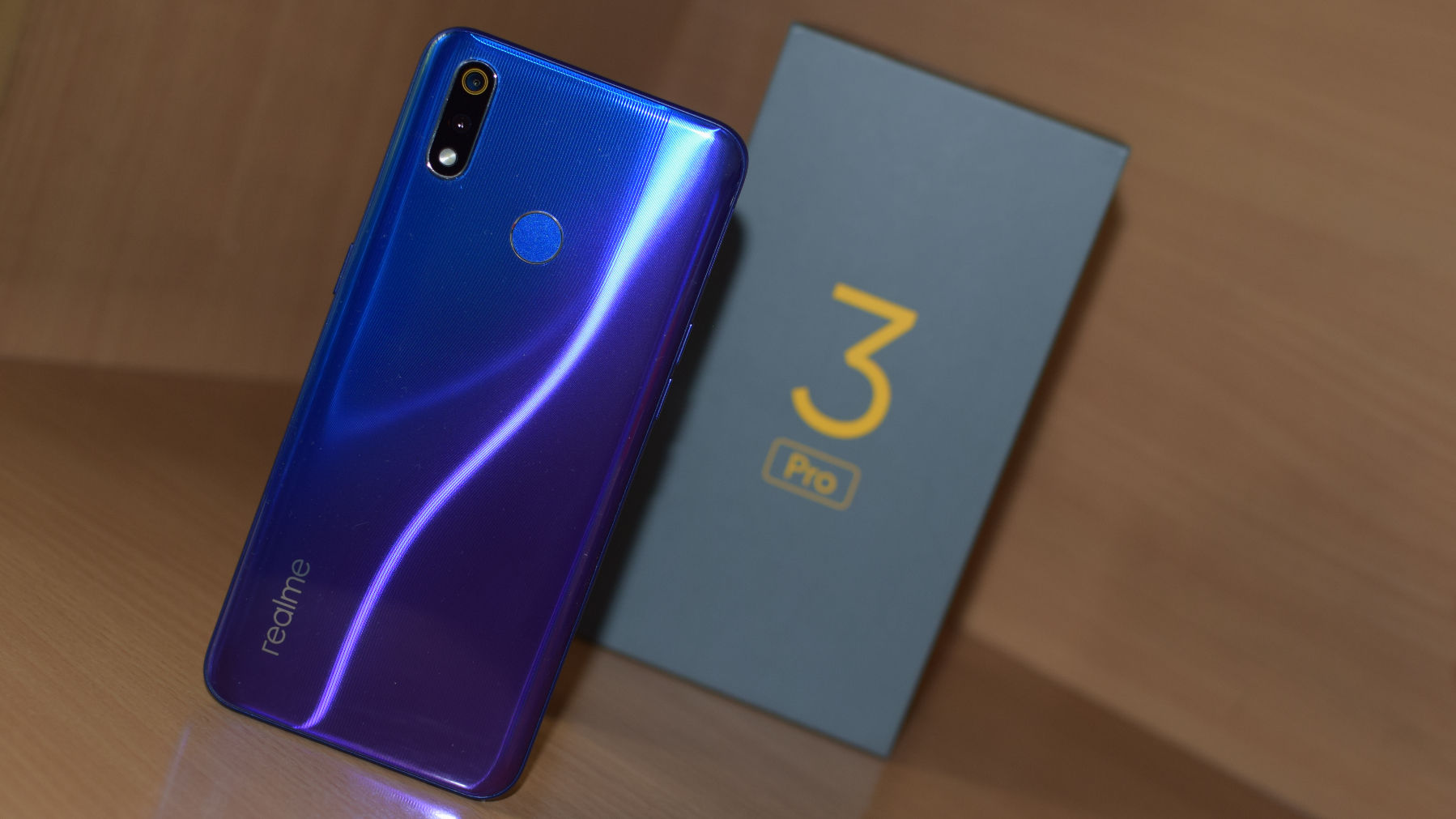 No doubt, the Realme 3 Pro offers greater versatility – I am sure there would be many who would appreciate and want that.

Moving on, the Realme 3 Pro packs a sizeable 4,045mAh battery with a segment first VOOC 3.0 flash charge. This is one area where a tie seems the obvious (both phones have phenomenal battery life) – but while the Redmi Note 7 Pro ships with a 10W charger in the box, the Realme 3 Pro ships with a 20W fast charger (and proprietary cable) in the box that can charge the whole thing from 0-100 per cent in just 1 hour 15 minutes.

I have to say, the Realme 3 Pro has left me pleasantly surprised – it is an all-round package deal no doubt. But because it is priced the same as the Redmi Note 7 Pro (Rs 13,999/Rs 16,999) comparisons are but obvious. There are other phones in and around this price range, but let’s face it, this is what you came here for – a Realme 3 Pro versus Redmi Note 7 Pro shootout. And as I said earlier, there’s no clear winner here. The Redmi Note 7 Pro, for me, is still the budget flagship to beat – and the Realme 3 Pro, a capable challenger and a viable alternative. Budget phones indeed are getting very exciting.

PEOPLE HAVE PLEDGED SO FAR
Samsung Galaxy Note 10 Lite review: Bringing the 'everything phone' to the masses
Got your first ATM card? Here is how you can generate the PIN!
BSNL: Here are some top tips to check your balance on your phone
First 5G handset in India likely to be priced at Rs 50,000
Samsung Galaxy S10 Lite review: Do not take this smartphone lightly
DO NOT MISS
CONGRESS: IS TRUMP LORD RAM?
MAJOR DEFENCE ACQUISITION APPROVED
KATIE HOPKINS LAUDS 'MODI & INDIA'
PHOTOGRAPHER CAPTURES DANCING BEARS
ANUSHKA & KATRINA'S RESEMBLING LOOK
KOHLI ON WORKLOAD