Samsung Announces 1TB Storage Chip For Smartphones, Galaxy S10+ Could Be First To Get It

Samsung has announced what it claims to be the “industry’s first” one-terabyte (TB) embedded Universal Flash Storage (eUFS) 2.1 for smartphones. The South Korean major has begun mass producing the 1TB storage chip and claims users “will soon be able to enjoy storage capacity comparable to a premium notebook PC, without having to pair their phones with additional memory cards.” The Galaxy S10+ could be the first smartphone to get it, followed by the next Galaxy Note.

Last year Samsung had been touting its 512GB chip, that later made its way to the Galaxy Note 9. The Galaxy Note 9 was in fact being sold on the whole premise that it could potentially cram 1TB of storage when paired with a 512GB micro-SD card. The 1TB storage chip will actually ensure the upcoming Galaxy S10+/Galaxy Note 10 cram 1TB storage by default. Whether or not Samsung will continue to put a micro-SD card (for even more storage) in these devices is something that time will only tell.

Samsung’s new 1TB eUFS chip is about the same size as its 512GB chip while holding double the storage capacity by combining 16 stacked V-NAND flash memory layers and a newly designed controller. It will allows users “to store 260 10-minute videos in 4K UHD (3840×2160) format, whereas the 64GB eUFS widely used in many current high-end smartphones is capable of storing 13 videos of the same size,” according to Samsung. 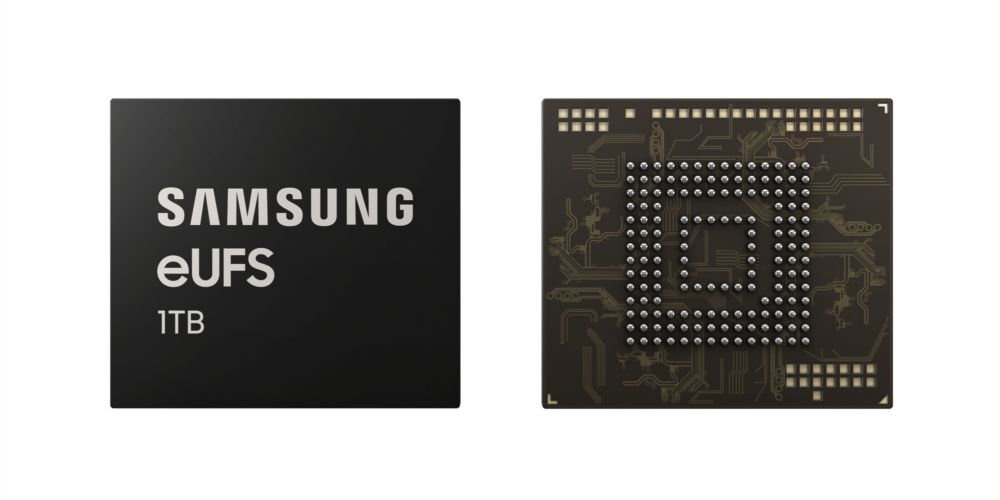 “The 1TB eUFS is expected to play a critical role in bringing a more notebook-like user experience to the next generation of mobile devices. What’s more, Samsung is committed to assuring the most reliable supply chain and adequate production quantities to support the timely launches of upcoming flagship smartphones in accelerating growth of the global mobile market,” Cheol Choi, who is executive vice president of memory sales and marketing at Samsung Electronics said while announcing the new chip.

That first flagship could well be the Galaxy S10+. The top-tier SKU of the upcoming Galaxy S10+ will pack whopping 12GB of RAM and 1TB of internal storage, making it one of the first of its kind, according to serial tipster Ice Universe. This particular variant will also reportedly come with a ceramic back.

All the other variants of the Galaxy S10+ should have a glass (Corning Gorilla Glass 5 most probably) back and an outer frame carved out of metal, much like how it has been traditionally with Samsung’s Galaxy S phones. Samsung is gearing to launch the Galaxy 10 line-up on February 20 at a standalone keynote event ahead of MWC 2019 which isn’t all that far now. So, we will know soon enough.