The Galaxy M-series is Samsung’s fresh attempt to take on Xiaomi. And Honor, and Realme, and Asus, and Nokia

Samsung needs no introduction. Even more so in India where it commands a respectable fan following. Remember, this is the same company that once took down Nokia and held the pole position by shipments in India’s smartphone market since 2012. Until 2017. Xiaomi took over Samsung’s Indian market share by storm in Q4 2017 and hasn't looked back ever since – Xiaomi continues to dominate Samsung still, holding as much as a five-point lead as of Q4 2019, according to data by Counterpoint. “We were a little late to react (to competition),” is what a Samsung spokesperson said to me during an informal interaction recently. But it is reacting now. Enter, the Galaxy M.

The Galaxy M-series is Samsung’s fresh attempt to take on Xiaomi. And Honor, and Realme, and Asus, and Nokia. Samsung is kicking things off with two devices to boot, the Galaxy M10 and Galaxy M20. Both the devices were launched in India on Monday and will be available for buying from Amazon India and Samsung’s e-store from February 5 at a starting price as low as Rs 7,990. The top-end model in the series, the Galaxy M20, will meanwhile sell for Rs 12,990. There will also be a third device in the series, the Galaxy M30, that Samsung will launch later. The Galaxy M30 will also fall in the under Rs 20,000 price category. That’s three phones in all, although there are rumours of a fourth (Galaxy M30) and fifth (Galaxy M50) device as well that Samsung is said to be secretly working on. 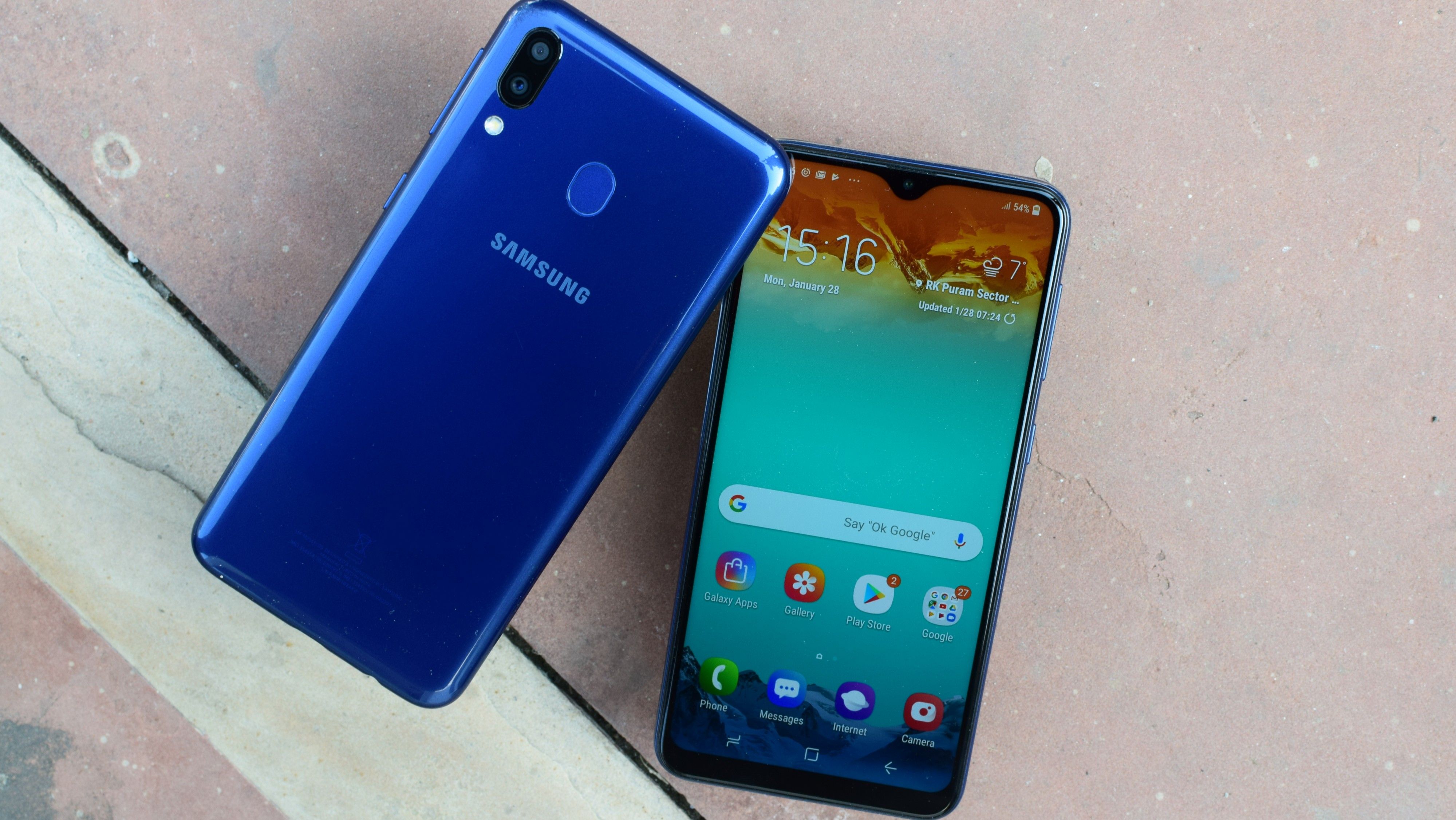 But as they say, better late than never. Samsung finally got the memo, it seems. The Galaxy M10 and Galaxy M20 are without a doubt the most exciting budget Samsung phones in what seems like forever. Although, I would also like to point out that, they are certainly not perfect. Neither are they made of metal or glass, nor do they rock stock Android. They might not have the best cameras in the pack as well. But, here’s the thing, the Galaxy M10 and Galaxy M20 are the first budget Samsung phones to not skimp down on the basics. An ambient light sensor and Widevine L1 support, for instance.

At the same time, the Galaxy M10 and Galaxy M20 also bring many industry firsts for Samsung including its first Infinity-V notch display and a whopping 5,000mAh battery under the hood, which is a first for Samsung in the under Rs 20,000 price bracket. The Galaxy M-series also marks the global debut of Samsung’s new Exynos 7904 processor, a chipset that has seemingly been “customized for the Indian consumer needs.” 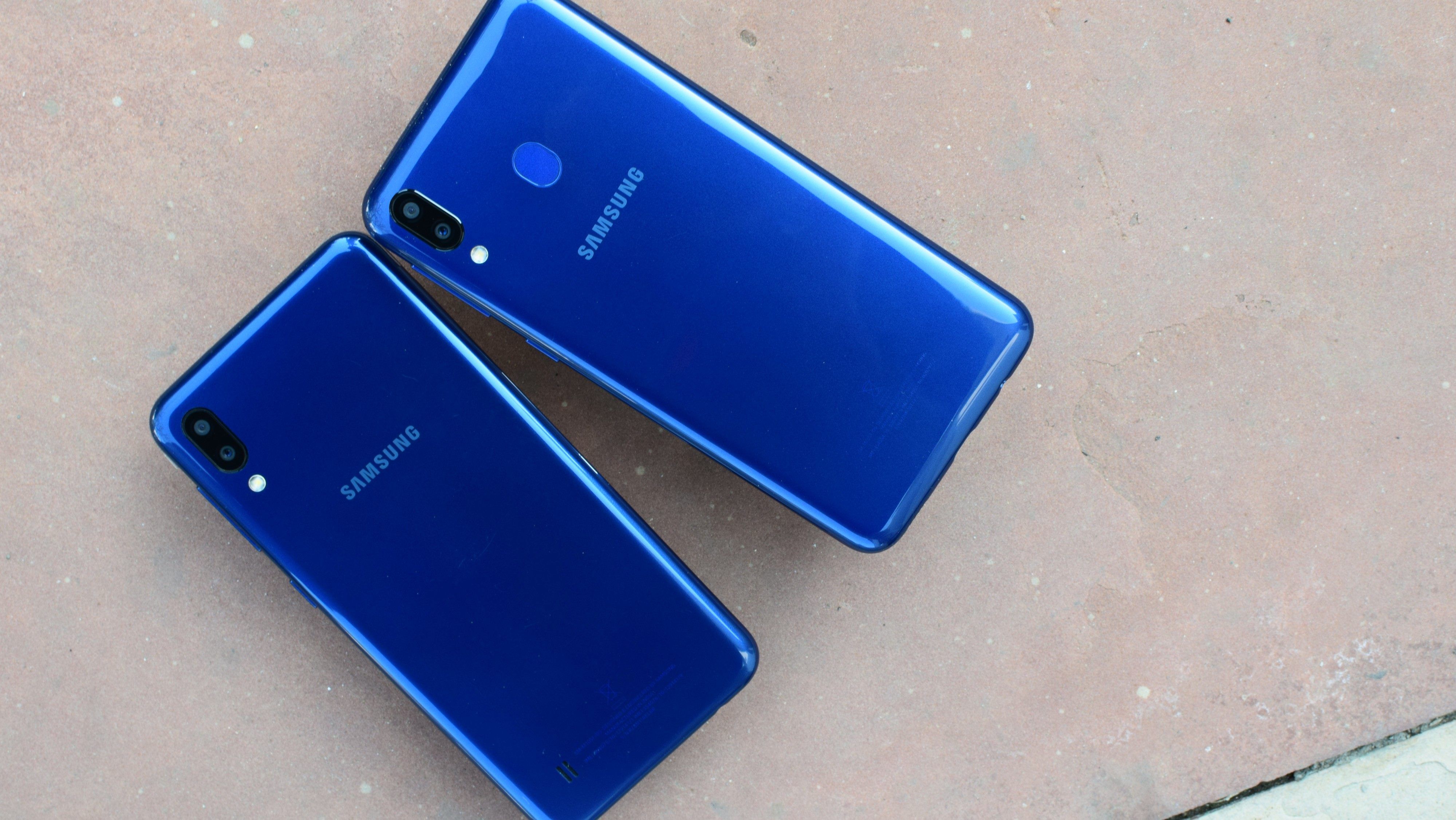 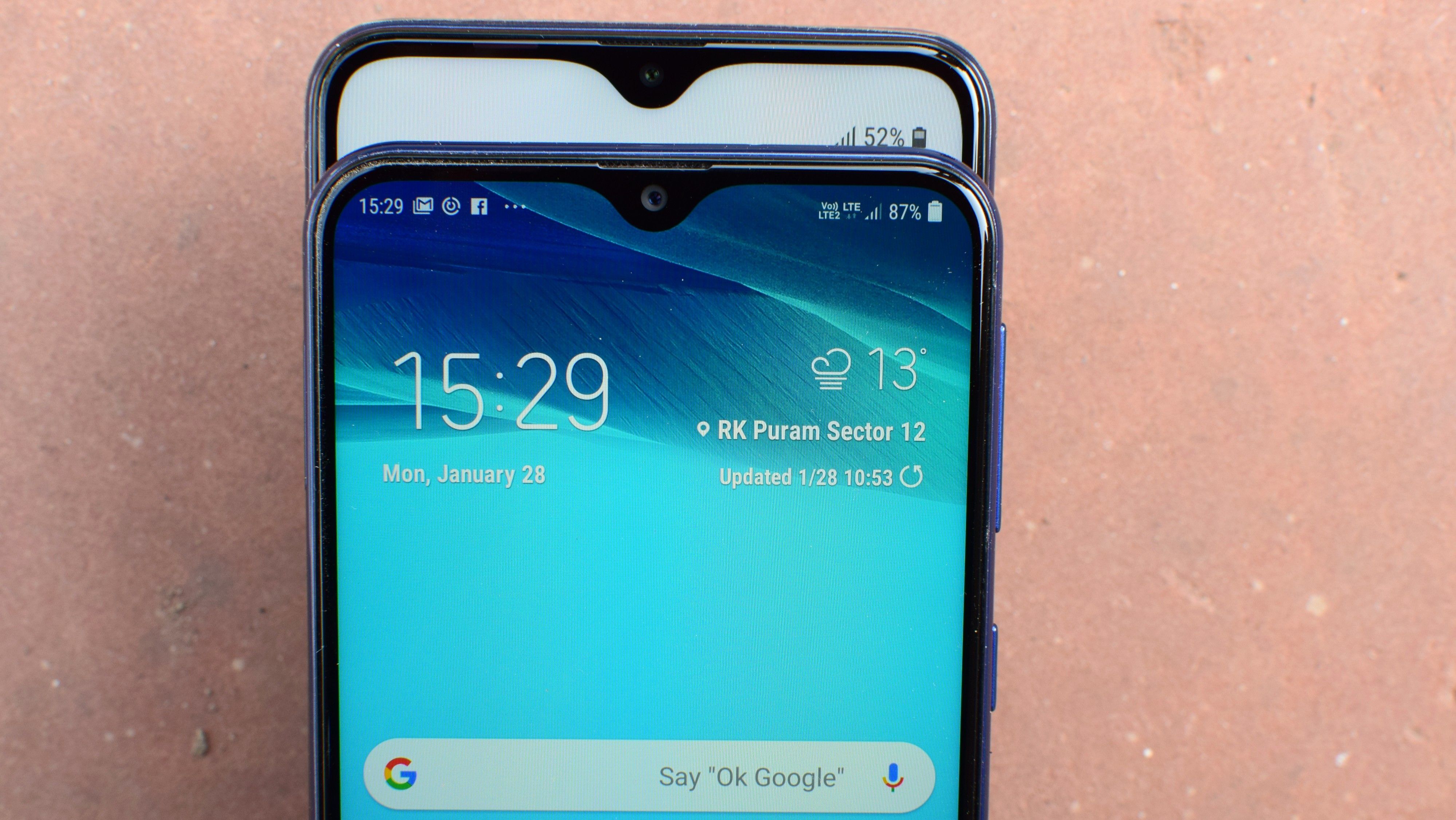 The Galaxy M20 comes with a 6.3-inch Infinity-V TFT LCD display while the Galaxy M10 has a smaller 6.2-inch screen. While the Galaxy M20 has a 1080p+ screen resolution, the Galaxy M10 maxes out at 720p+. The quality of the display is quite good here, with good colour reproduction and ample levels of brightness. Samsung does not say if the Galaxy M10 and Galaxy M20 have any sort of protective covering on top (the Asus ZenFone Max Pro M2 has Corning Gorilla Glass 5 as a reference), but both the devices come with ambient light sensor, a feature that Samsung has been known to omit in its budget devices. 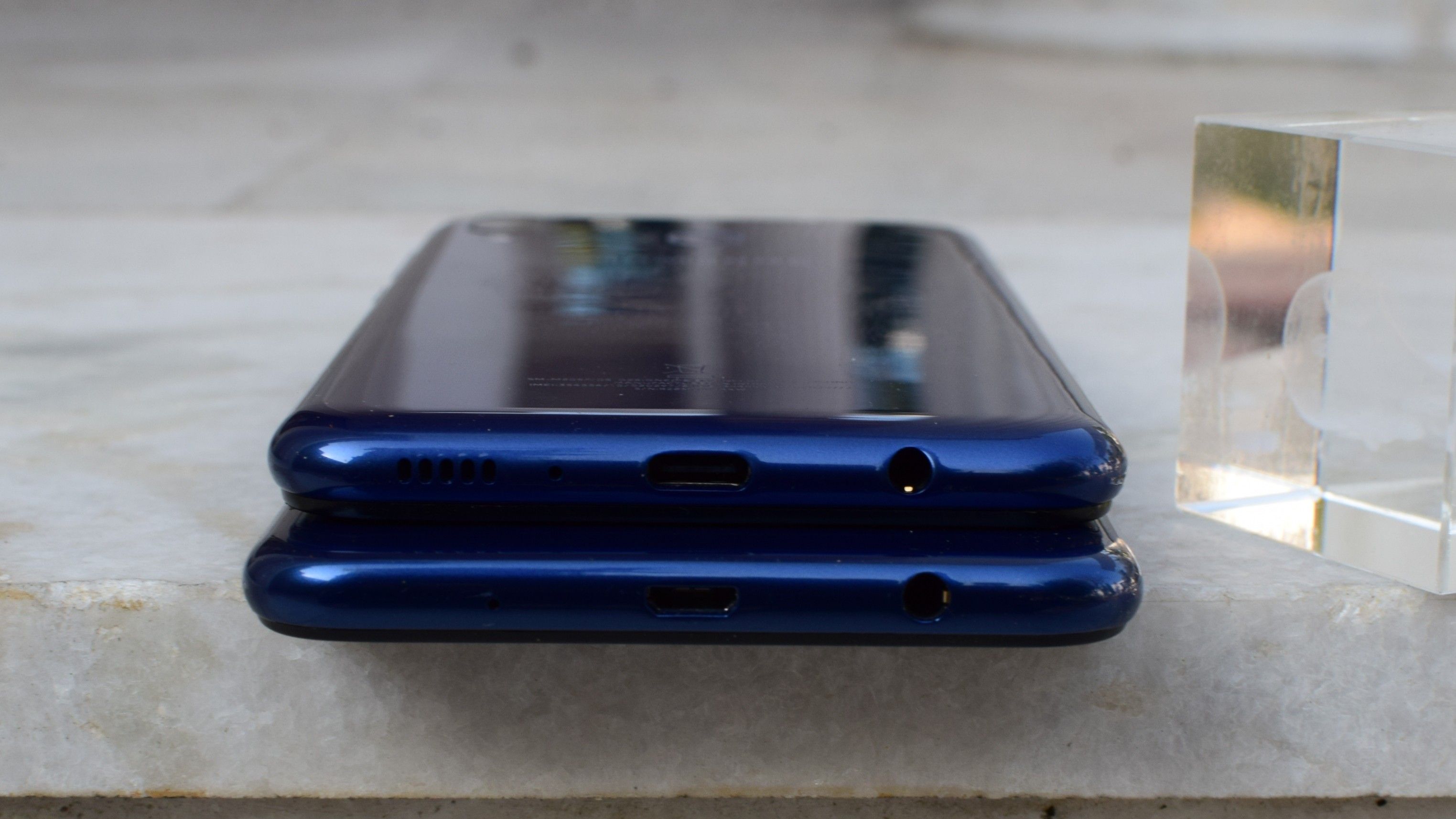 In terms of core hardware, the Galaxy M20 is powered by Samsung’s new Exynos 7904 processor (octa-core with two Cortex A73 cores that run at 1.8GHz and six Cortex A53 cores at 1.6 GHz) with up to 4GB RAM and up to 64GB storage which is also expandable via a dedicated micro-SD card slot. The Galaxy M10 is meanwhile powered by a (two-year old) 1.6Ghz octa-core Exynos 7870 processor with up to 3GB RAM and up to 32GB storage, again expandable via a dedicated card slot. While the Galaxy M20 comes with a 5,000mAh battery with fast charging support, the Galaxy M10 uses a smaller 3,400mAh battery (with no fast charging). The Galaxy M20 will ship with a 15W fast charger in the box, Samsung has confirmed.

Both the phones run Android 8.1 Oreo-based Samsung Experience 9.5 UI which is different from the One UI found inside the company’s more premium Galaxy S and Galaxy Note devices. Samsung is expected to roll out Android Pie software for the Galaxy M10 and Galaxy M20 sometime in August. But there is no official confirmation for now. 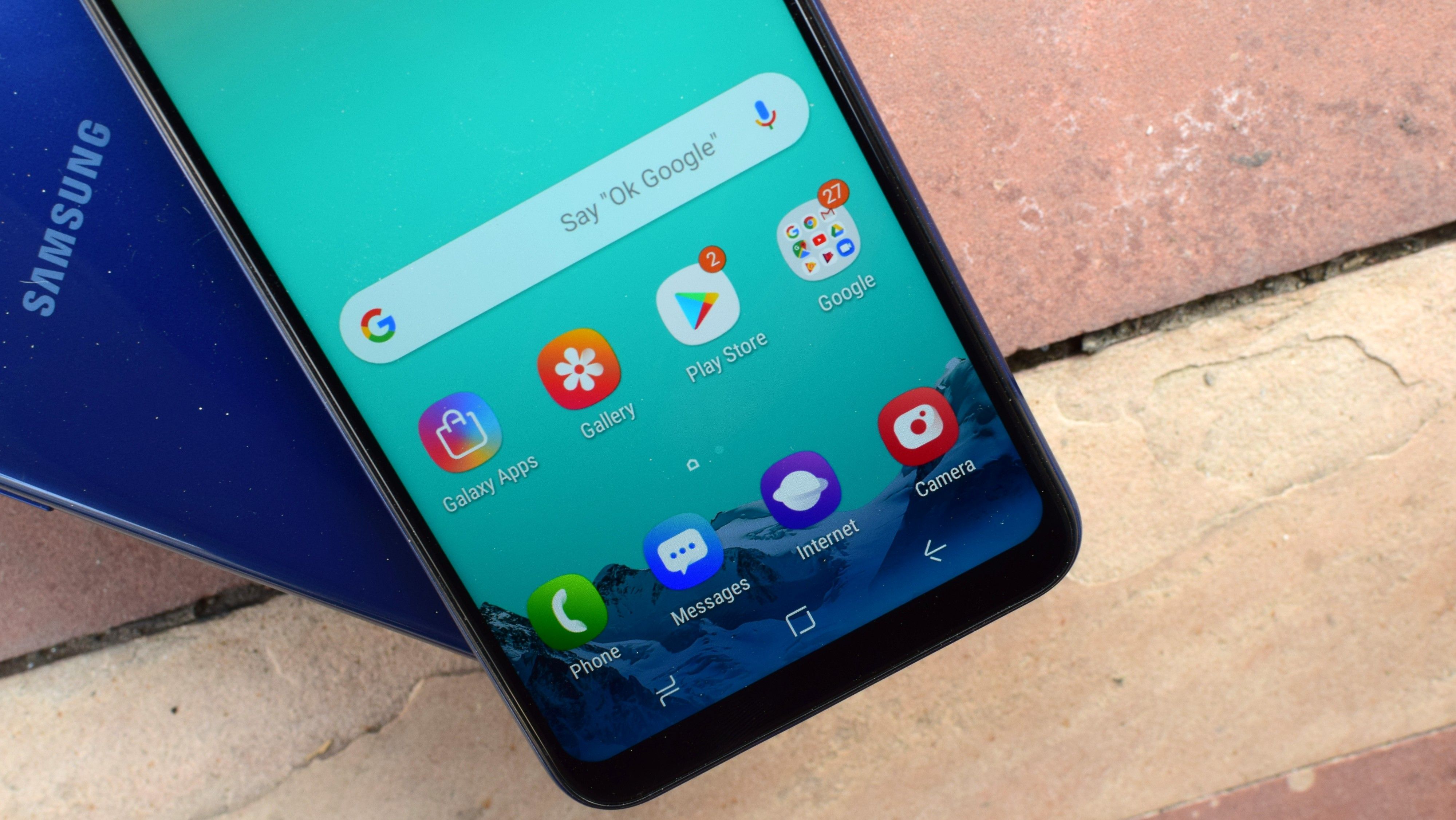 On to the cameras, both the Galaxy M10 and Galaxy M20, come with dual rear cameras of similar resolution (but with different sensors) -- a 13MP primary sensor with f/1.9 aperture and a secondary 5MP ultra-wide sensor with f/2.2 aperture. Both the phones support Samsung’s Live Focus feature. The Galaxy M20 further comes with an 8MP front camera, while the Galaxy M10 tones it down to 5MP in the selfie department. 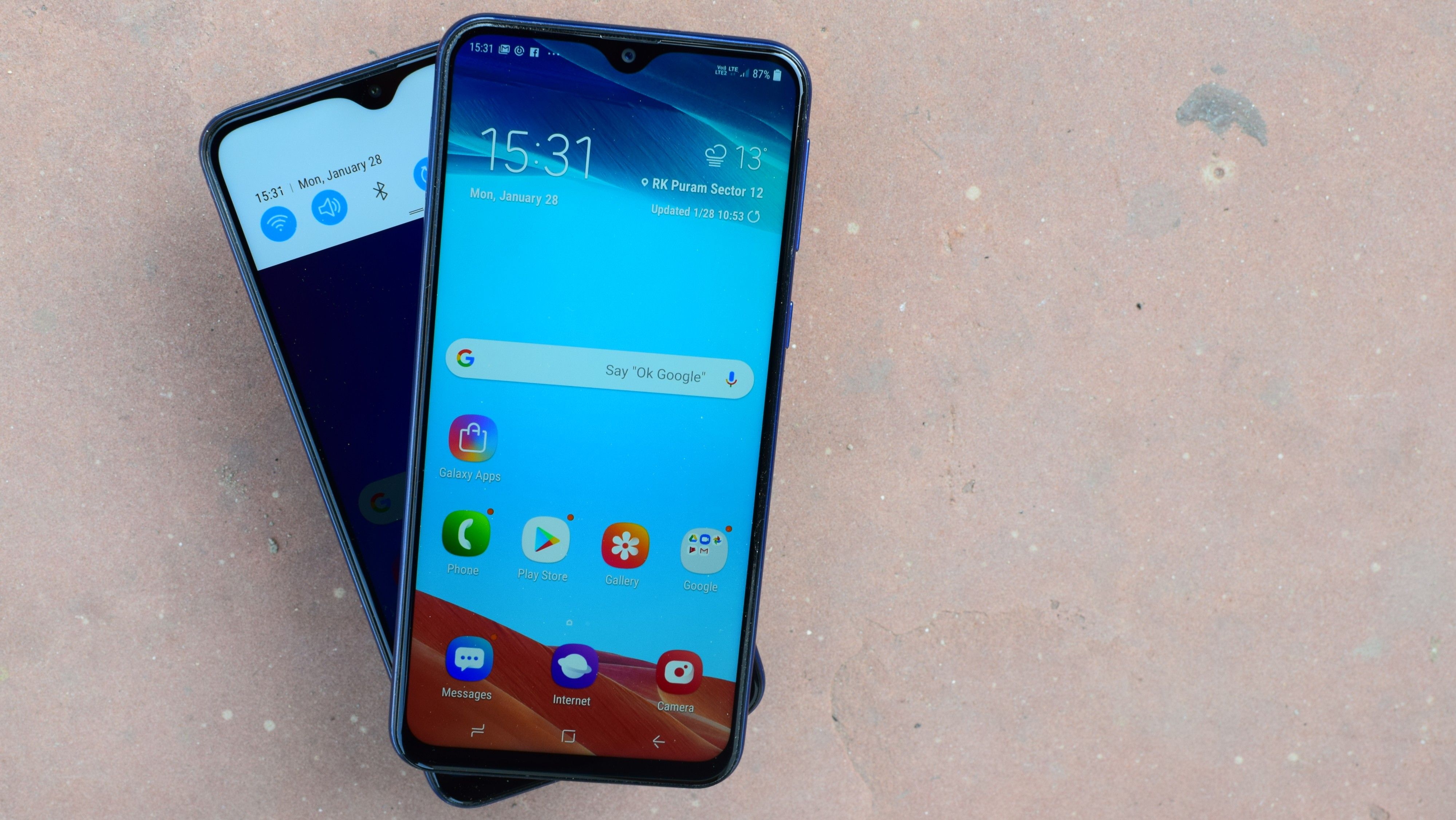 Last but not the least, Samsung is also letting buyers know that the company will have their back (with the Galaxy M-series) with initiatives like 24x7 customer care call center and remote assistance. More importantly, it is letting buyers know that it still holds the edge as far as after-sales in concerned: it claims that it has over 1,650 service centers and presence in over 6,500 talukas.

Watch this space for our full review of the Samsung Galaxy M10 and Galaxy M20 in the days to come.