Samsung Galaxy Tab S8 Plus Spotted On Geekbench, Might Come With Snapdragon 898

As spotted in a Geekbench listing, the model number of Samsung Galaxy Tab S8 Plus is SM-X808U. The model number suggests that the device supported 5G network. 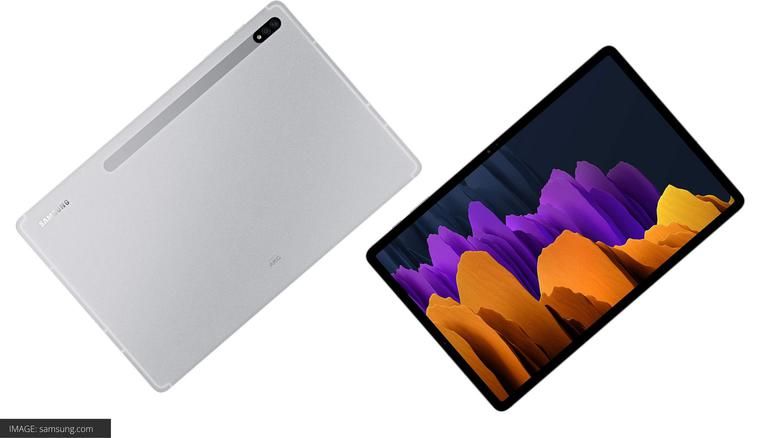 
Qualcomm is about to reveal its latest flagship processor for Android smartphones and tablets soon. However, just before the anticipated launch, another Geekbench listing of the upcoming Snapdragon 898 processor has been spotted. This time around, the chipset was running in Samsung's upcoming tablet, the Galaxy Tab S8 Plus. Keep reading to know more about the Samsung Galaxy Tab S8 Plus and the Geekbench scores of the flagship processor.

As spotted in a Geekbench listing, the model number of the upcoming Android tablet is SM-X808U. The model number suggests that the device supported 5G network connectivity in the US. The model that took the Geekbench benchmarking test had 8GB of RAM and ran on Android 12. Since the Galaxy S22 Plus was spotted with an Exynos 2200 chipset earlier, both the chipsets are comparable in terms of single and multi-core scores.

According to a report by GSMarena, the Samsung Galaxy Tab S8 Plus with Snapdragon 898 scored 1,211 points in the single-core test and 3,193 points in the multi-core test. Previously, Samsung's flagship smartphone was spotted on Geekbench with the Exynos 2200 processor. Surprisingly, it scored 1,073 on the single-core test and 3,389 points on the multi-core test. Both the processors are built on the same 4nm architecture. While the scores provide a base for enthusiasts to set their expectations, there might be a scope of improvement until the processors are officially out in the market. 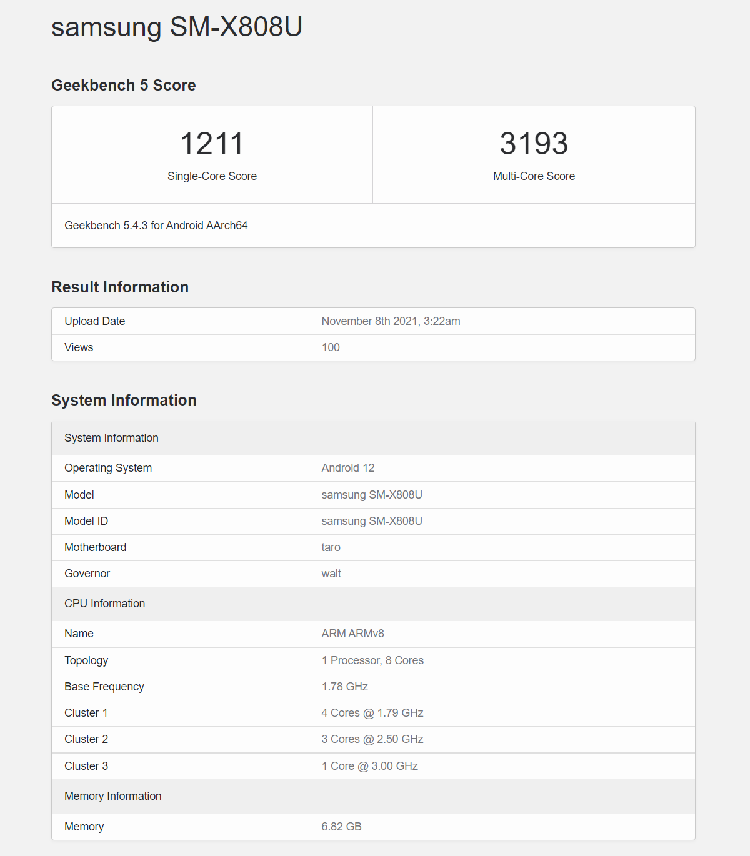 The Samsung Galaxy Tab S8+ might come with a 12.4" OLED display clocked at 120Hz. It is reported to have the Snapdragon 898 and an Exynos processor is in the works as well. The device might have 8GB of RAM and 128/256GB of storage. The Android tablet will feature a 10,090 mAh battery with 45W fast charging. Being a flagship tablet, the Samsung Galaxy Tab S8+ might come with dual rear cameras, an in-display fingerprint scanner and a total of four speakers on the device. In addition, two other models in the Galaxy Tab S8 lineup are also being developed, including the standard Galaxy Tab S8 and the Tab S8 Ultra.