Elon Musk has shown support to Dogecoin on May 20 after cryptocurrency market crash. He shared a picture with the word "CYBERVIKING" in blue neon lights. 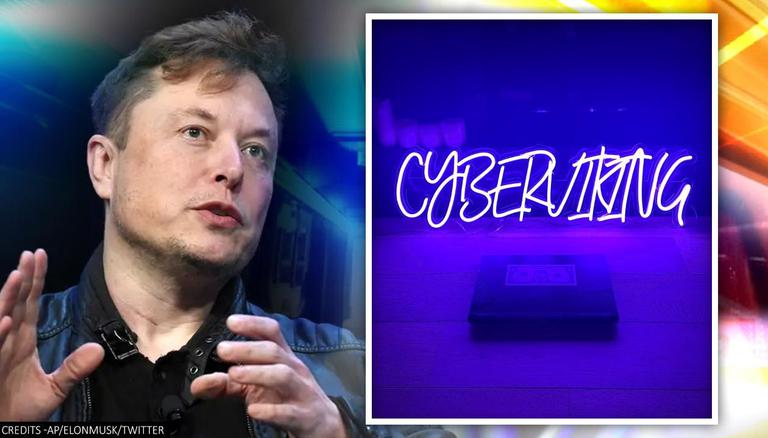 
Tesla CEO Elon Musk has been a supporter of cryptocurrency and his opinion about them fluctuate their market price. Similar thing happened on May 20 as Musk tweeted in support of Dogecoin that led to an increase in its market price. He shared a picture with the word "CYBERVIKING" in blue neon lights along with a caption in a reference to Patti Page's song from the 1950s. After the tweet of Tesla founder, the price of cryptocurrency spiked as high at $0.436622 on May 20, according to the CoinDesk chart.

Elon Musk on his Twitter handle wrote, "How much is that Doge in the window?", with a picture of the Shiba Inu dog from the "doge" meme, from which the coin takes its name and logo, on a dollar bill. He attached the photo with the word "CYBERVIKING" in blue neon lights. The photo shared by Musk shows Shiba Inu in the place of George Washington. The tweet of Tesla boss comes after Dogecoin saw a steep fall in price on May 19, as the whole crypto market suffered a crash. The Doge crash brought down the Dogecoin price from around $0.50 on May 18 to a low price of $0.21, as per the CoinDesk chart.

How much is that Doge in the window? pic.twitter.com/bxTkWOr50V

The prices of cryptocurrencies dropped massively on May 19 as China banned cryptocurrencies from transactions and initial coin offering but the prices have lowered since last week after Tesla had stopped accepting Bitcoin as payment citing environment reasons. The billionaire had also questioned his Twitter followers if they want his automobile firm Tesla to accept Dogecoin. The question which was posed in the form of an opinion poll came days after Musk called Dodge a "hustle", which led to surge in its price. Dogecoin which started back in 2013 as a joke, driven by the power of social media and memes, has now grown to become the fourth-largest cryptocurrency in the world after jumping more than 700 per cent in the previous month. The latest tweet of Musk has got several reactions from netizens some of whom are blaming him for their loss.

Doge can never be $ 1 because you dropped the bitcoin. You must first learn the rules of this market. If Bitcoin is strong, others can breathe. Someone should teach you that you did the wrong plan...

I SPENTTTT ALL MY MONEYYY ON BITCOIN AND ITSS ALL GONNEEE!!!! NEVER TRUSTING YOU AGAIN ELON!!!

Man i just invested all my life savings in dogecoin, dont make it flop please

I will believe in Elon Musk no matter what. He will change the history of humanity forever, he is a visionary, he invented paypal, he sees how money works better than us. I just trust that what he is doing is not malicious.

Doge holders won’t even find this take ironic... there is a lesson there

doge isn't more environmentally friendly. It's literally a copy of the bitcoin protocol with different parameters (infinite supply vs finite). It uses the EXACT SAME Proof of Work as bitcoin. People need to educate themselves on crypto rather than just mindlessly read headlines

Elon, with all due respect, some of us are not going to take you seriously until you sell your Bitcoins.

If they are so bad for the environment, why holding on to them instead of selling and buying more Doge (or just anything more environmentally friendly) instead.

WE RECOMMEND
Dogecoin Price falls as the Crypto Market suffers a crash; Price falls to a low $0.21
Tom Brady's latest crypto secret is out amid Bitcoin value dip, fans amazed
'Dogecoin was created in 2 hrs, environmental impact wasn't considered': Co-Founder Markus
Will Dogecoin Crash in 2021? About 100 Wallets control 90% of the DOGE supply
How to buy Dogecoin in India? Here is the step by step process you can use to buy DOGE