Elon Musk often likes to joke around and post memes on Twitter, but his tweets have a larger impact. Know more about Elon Musk's Ship of Theseus meme. 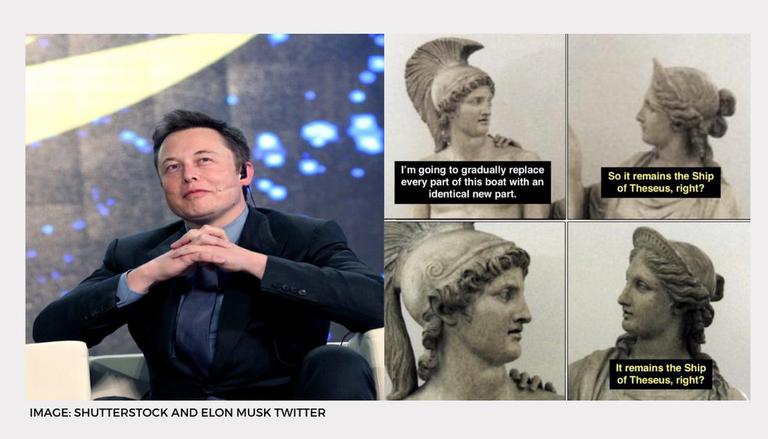 
Elon Musk has become one of the most influential people on the planet. Musk's tweets and statements often have enough power to move the stock and crypto markets, which the billionaire is well aware of. In the past, Elon Musk has been investigated by the SEC for manipulating the stock market through Twitter and fined a hefty sum for his actions. Since then, Musk has refrained from commenting on the stock market but has turned his attention to the unregulated crypto market. One of his recent Tweets, a meme about the Ship of Theseus, has become viral and has sparked a search interest in Theseus crypto. Read on to know about Elon Musk's esoteric meme about the Ship of Theses.

Esoteric meme of the day pic.twitter.com/ELGmeLEXRE

The Ship of Theseus meme is inspired by the original Star Wars prequel meme, which has Anakin Skywalker and Padme in a conversation. Musk himself posted one of these memes previously on his account, as you can take a look above. The Star Wars prequel meme started getting popular on Reddit and has since then become viral all over the internet. Elon Musk's recent meme about the Ship of Theseus has sparked a search trend about 'Theseus Crypto' on Google Trends. In reality, there is no real cryptocurrency called the Theseus crypto, which just goes to show the immense influence Musk still has over the crypto markets. Stay tuned for more updates on Elon Musk's Twitter antics and the crypto market.