Google has agreed to make changes to some of its widely used online ad advertising services under an unprecedented settlement with France’s antitrust watchdog. 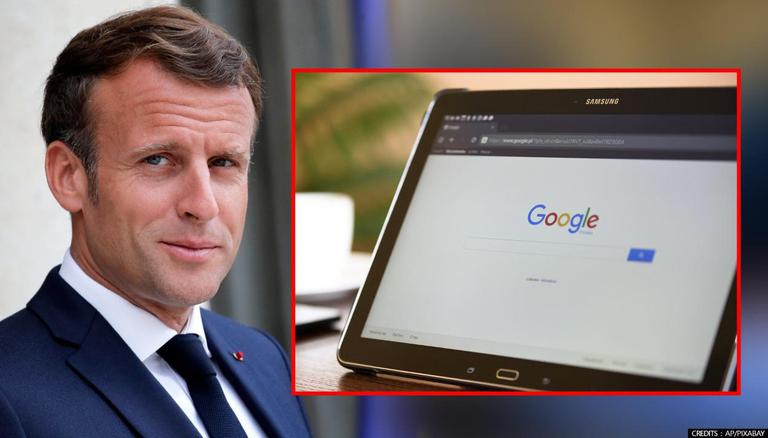 
Google LLC has agreed to make changes to some of its widely used online ad advertising services under an unprecedented settlement with France’s antitrust watchdog. The investigation conducted by Autorité de la concurrence centred on tools that Google offered to publishers online to sell and manage ads. A fine amounting to 220 million euros has been slapped on the Mountain View-based firm, which the watchdog said, had abused its power in the online advert business. 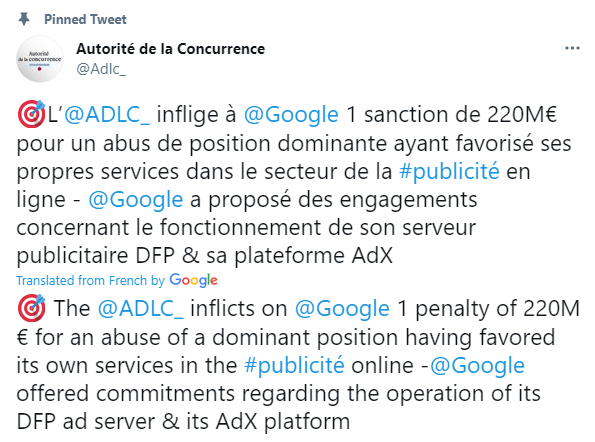 During the probe, the agency discovered that Google Ad Manager favoured AdX, which is the tech giant’s own online ad marketplace where publishers sell space to advertisers in real-time. According to the watchdog, Google provided strategic data such as bidding prices for the same. Additionally, the Sundar Pichai led firm also said that Google ADX offered Google Ad manager super interoperability features allowing it to manipulate advertising spaces that publishers for purchase fill with adverts and earn revenue. In the aftermath, France's antitrust chief Isabelle de Silva said that the fine was scaled down due to the settlement adding that Google is not expected to challenge the final penalty legally.

"The decision to sanction Google is of particular significance because it's the first decision in the world focusing on the complex algorithmic auction processes on which the online ad business relies," said de Silva told reporters. 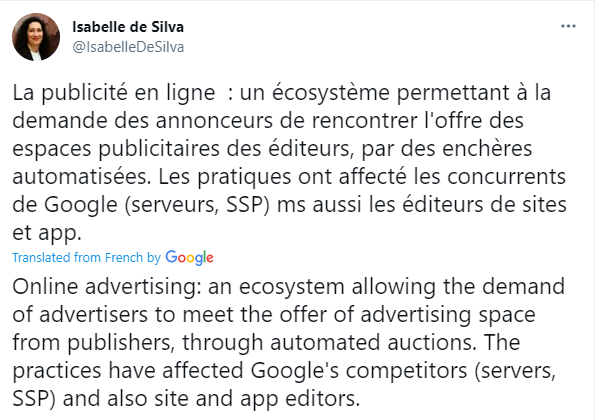 In another development, Google announced that it would limit the access of the “Advertising IDs” to the apps by allowing the Android users to opt-out of being tracked by the advertisers on their smartphones. Google will follow Apple Inc’s lead that earlier last month introduced the Limit ad tracking (LAT) in a new update to its iOS operating system to bolster privacy on iPhones. Using a similar privacy control model, Google will restrict the digital advertising identifier if the Android user opts out of the “would like permission to track you across apps and websites owned by other companies,” pop up. This, in turn, will restrict the ‘personalized ads’.