Now that Google has disabled the feature, businesses who were sending promotional banners and posts should not be able to do so further. Read details here. 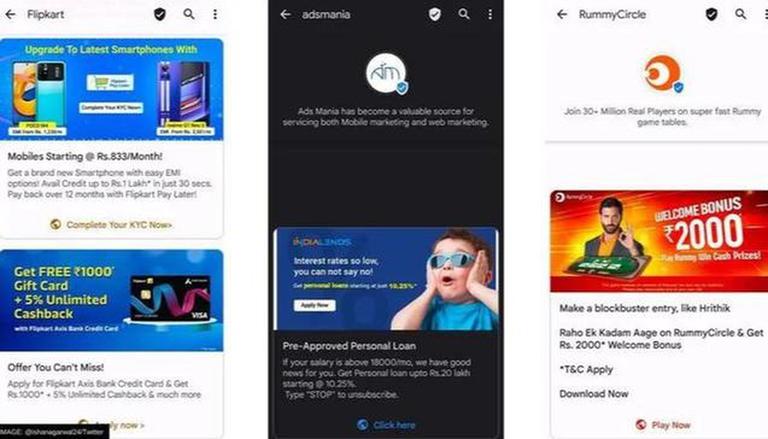 
Earlier last month, several Indian users of Google Messages were reporting excessive spam material showing up on their application. The material contains advertisements by several businesses and companies in the country and they were being shown extensively to users. While several users took to Twitter and other social media platforms to report the issue, it turned out that businesses are abusing Google's Rich Communication Services, also known as RCS services to show ads in the application. Most recently, the Alphabet-owned company has acknowledged the issue and clarified its stand on the same. Read more details about the issue here.

In a statement given to Android Authority, a Google spokesperson has confirmed that the company is aware of the ongoing issue in India that some businesses are abusing Google's anti-spam policies to send promotional messages to users in India. To rectify the situation, Google has disabled the feature in India and is working with the industry to improve the user experience. It is pertinent to highlight that Google RCS Business Messaging is available around the world, but going forward, it won't be available in India.

Now that Google has disabled the feature, businesses who were sending promotional banners and posts should not be able to do so further, fixing the situation. However, such abuse of Google's RCS technology has not happened anywhere else in the world. According to several user reports, businesses and companies in India were using Google Messages' RCS to send tons of advertisements to users. Verified accounts in India, including those of Kotak Mahindra Bank, Buddy Loan, Bajaj Finserv and PolicyBazaar were spamming users' smartphones via Google Messages.

What is RCS for businesses and how is it supposed to be used?

As mentioned on the Google Jibe website, "RCS (Rich Communication Services) upgrades SMS with branding, rich media, interactivity and analytics. With RCS, businesses can bring branded, interactive mobile experiences, right to the default messaging app" of millions of people. However, as rightfully highlighted by Ishan Agarwal on Twitter, regular users should not have to face such an issue, especially on the default messaging application installed on their smartphone.