Indian developer Sandeep Ranade won the Apple Design Award for his 'NaadSadhana' app. The engineer stated that he could not believe it. 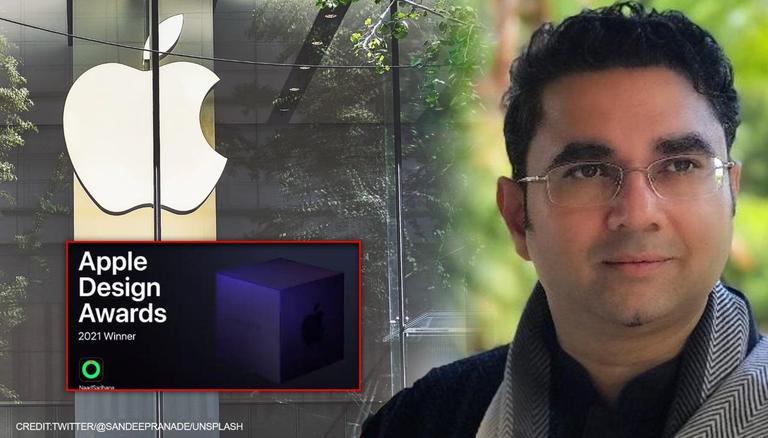 
A developer stood out for Indians from 12 awards that Apple announced at the annual developer conference WWDC on Friday. An Indian developer’s app for Hindustani Classical Music was felicitated with the Design Award. A software engineer named Sandeep Ranade is behind the app 'NaadSadhana' that was honoured under the new Innovation category.

Apple termed NaadSadhana as ‘“all-in-one, a studio-quality music app that helps musicians of all genres and any expertise perform and publish their music without boundaries.”

The app had initially started out as a platform to practice classical musical, but has now been expanded to more genres like semi-Classical, Hindustani classical, Light / Bollywood, Devotional, Western, Carnatic, and Fusion.

NaadSadhana uses Artificial Intelligence and Core ML to provide help to musicians by assisting them improvise a vocal line, giving immediate feedback on the accuracy of notes, and making a backing track that matched in real time.

"Imagine an app that can play music like an expert, respond to your music intelligently, creatively and aesthetically, record and mix multiple tracks, and even guide your notes and tempo.NaadSadhana helps musicians make magic by making effective use of artificial intelligence, neuroscience, learning theory, digital signal processing and novel research... In my song 'Na Corona Karo', NaadSadhana accompanied me on 10 instruments, in real-time," the engineer wrote on his website.

Ranade stated that he could not believe it when he was declared as the winner.

I can't believe it! I just can't believe it.
My app #NaadSadhana is a 2021 #Apple #Design #Award winner! @AppStore #WWDC21
Congratulations to all the #winners! pic.twitter.com/P1VJfeHPYD

Even AR Rahman had backed the developer by sharing the news when Ranade had been declared a finalist for the award. Ranade shared that Rahman had previously backed Na Corona song that had also been created using the app.

Thank you so much @arrahman sir! 🙏🏻🙏🏻
Third time that I’ve lost all sensation in my feet. @AppStore @Apple #AppleDesignAward #naadsadhana #ADA #finalist pic.twitter.com/5Rc9qceStU

Visual and graphics, interaction, delight and fun, inclusivity, and social impact were some of the other categories of the awards. “Winners in this category provide a state-of-the-art experience through novel use of Apple technologies that set them apart in their genre,” Apple said.