Jeff Bezos: Is Amazon Founder On HGH? Here's All We Know About His New Transformation

Jeff Bezos, the founder of a multi-billion dollar business enterprise, was spotted shirtless with his new girlfriend Lauren Sanchez in the Carribean. Read on 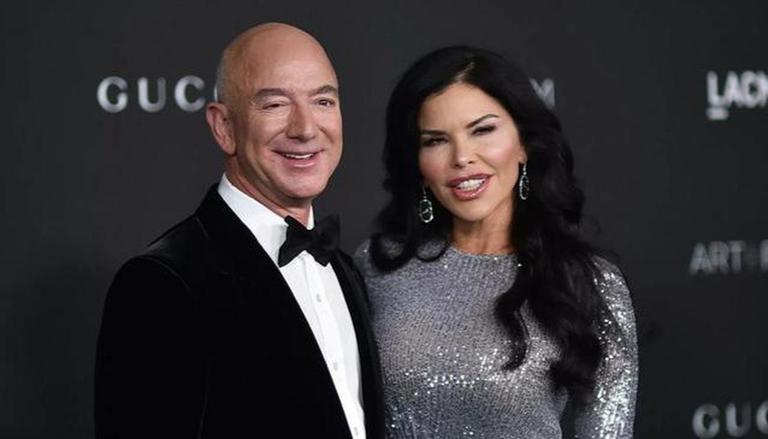 
Jeff Bezos, the founder of a multi-billion dollar business enterprise and one-time richest man on Earth was recently spotted with his new girlfriend Lauren Sanchez in the Caribbean. However, what caught netizens' eyes is, Bezos no more looked like the average next door-type sales manager. His pumped-up lips, chiselled jawline and jock body have stirred up quite a lot of conversations online.

Well, as per reports, there is no confirmation if the 57-year-old has undergone the knife but for sure has hit the gym. In the recent pictures, the business tycoon was seen shirtless, for a Christmas break in St. Bart's, dipping in the crystal blue waters with his 52-year-old girlfriend. The two were also snapped sun-bathing, cosying up and canoodling while on the yacht.  Take a look at the images here:

BREAKING: CDC confirms the best defense against all variants is 200 billion dollars pic.twitter.com/CD3pVsGRux

here is a live shot of Jeff Bezos receiving more healthcare than anyone who’s ever worked at an Amazon warehouse pic.twitter.com/WJQmTGx1DE

The latest pictures of Bezos confirm that the man has worked on himself in more ways than expected for all the right reasons. His face looks fuller, lips plump and perfectly shaped abs. While followers praised him for his transformation, critics were quick to pounce on him digitally, calling out the 57-year-old for using fillers and Botox injections. "How can you not be obsessed with Bezos' new look? It's such a drastic change," Dr Corey L Hartman, an Alabama-based dermatologist, told The Daily Beast. He also took to Instagram to lambast the businessman and said. "We see you, Jeff. Next time get a filler a month earlier so that the swelling has time to die down."

how tf Jeff Bezos gonna be the founder of Amazon but also look like he puts in 19 hr days lifting boxes at the warehouses he doesn’t provide heating for pic.twitter.com/UN43h77quh

Is Jeff Bezos on HGH?

Surely, netizens were quick to notice the tech magnate's buffed physique. As per a Sputnik report, Bezos has been working out for eight months with celebrity trainer Wes Okerson. He has been on a strict diet and workout routine for months now. In addition, Bezos also tries to get a solid eight hours sleep to "keep his body going." Meanwhile, Sputnik's sources also confirmed the publication that there is no sign of Human Growth Hormone (HGH) use in the picture and Bezos' body is purely a result of laborious and painstaking exercise and controlled food intake. As per the Page Six report, Bezos' trainer was also in St. Bart's at the same time. Bezos's girlfriend Sanchez also praised Okerson's dedication in transforming Bezos into a hunk. Taking to Instagram Sanchez posted a photo of herself and Bezos rowing a canoe and wrote, "Well done Okerson!"