The National Oceanic and Atmospheric Administration has issued a warning for a geomagnetic storm that is likely to hit the Earth on October 30. 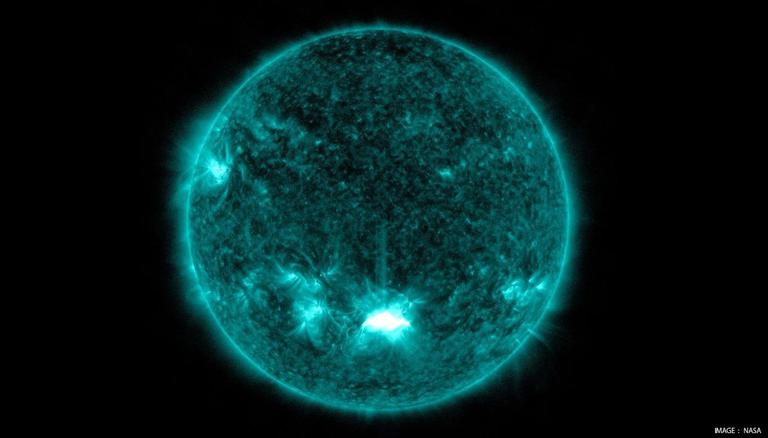 
The National Oceanic and Atmospheric Administration's (NOAA) Space Weather Prediction Center has issued a warning for a geomagnetic storm that is likely to hit the Earth on October 30. The warning came out after the National Aeronautics and Space Administration (NASA) captured a massive solar flare emerging from the sun that peaked at around 9 pm yesterday on October 28. According to NASA, its Solar Dynamics Observatory, which watches the Sun constantly, was able to capture an image of the event. 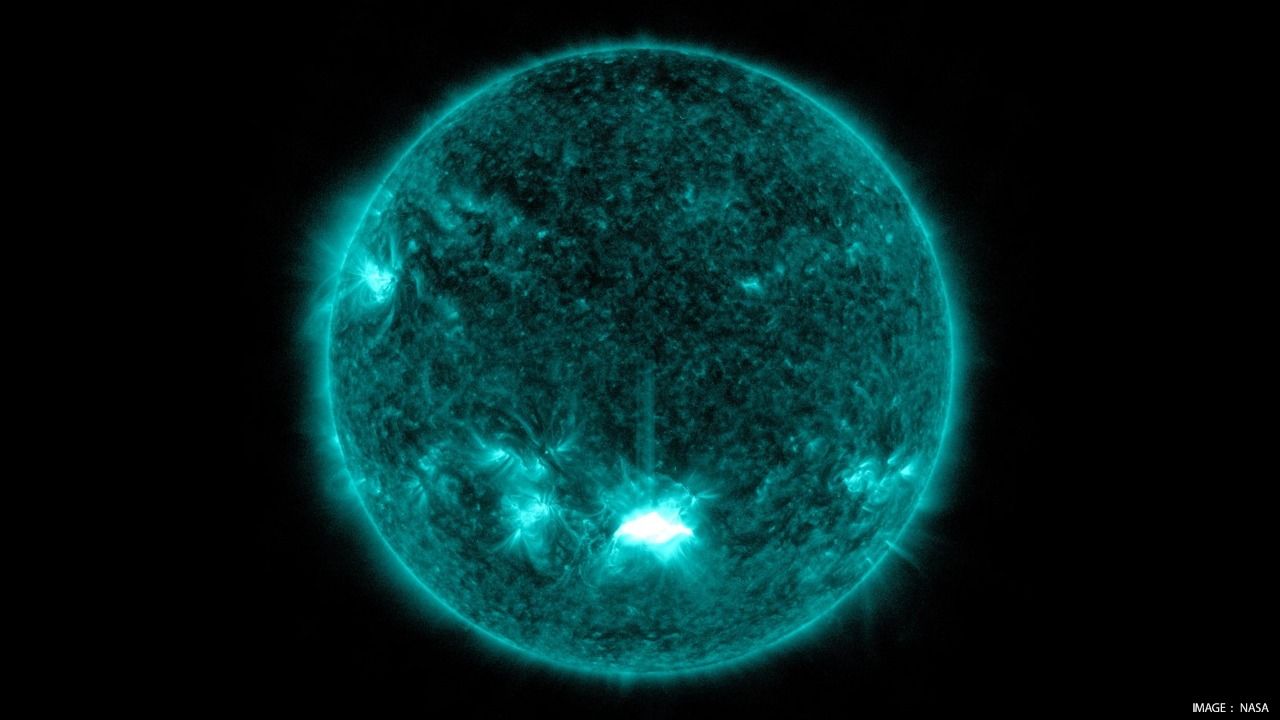 In its warning, the NOAA revealed that glitches might be a possibility if the solar flare reaches Earth resulting in voltage irregularities in power systems and false alarms on some protection devices. Besides this, spacecrafts and satellites might face issues with surface charging and orientation and increased drag on low-Earth orbiters are also likely. Radio and navigation services, offered by the satellites, are also prone to malfunctions. However, this will also bring Auroras to as low as the USA's Pennsylvania, said the NOAA.

What did NASA capture?

As described by NASA, its Solar Dynamics Observatory captured X1-class flare. The agency explains, "X-class denotes the most intense flares, while the number provides more information about its strength. An X2 is twice as intense as an X1, an X3 is three times as intense, etc. Flares that are classified X10 or stronger are considered unusually intense".

POW! The Sun just served up a powerful flare! ☀️ 💥

At 11:35 a.m. EDT today, a powerful X1-class solar flare erupted from the Sun. NASA’s Solar Dynamics Observatory caught it all on camera. 📸

Quite often, the sun keeps generating powerful bursts of radiation which, when intense enough, can disturb the atmosphere in the layer where GPS and communications signals travel. However, harmful radiation from a flare cannot pass through Earth’s atmosphere to physically affect humans on the ground, says the agency.

How are solar flares formed?

Solar flares are intense bursts of radiation that come after magnetic field lines near sunspots tangle, cross, and reorganize. Solar flares are sometimes accompanied by a coronal mass ejection (CME for short). CMEs are huge bubbles of radiation and particles from the Sun. They explode into space at very high speed when the Sun’s magnetic field lines suddenly reorganize. Intense flares can cause major disruptions on the Earth as mentioned earlier. Back in 1989, a strong solar eruption caused the Canadian Province of Quebec to lose power for nine hours, showcasing how big an effect it could have.