Ten big companies from the space industry launched a Net Zero Space initiative at the Paris Peace Forum held in France to tackle the problem of in-orbit debris. 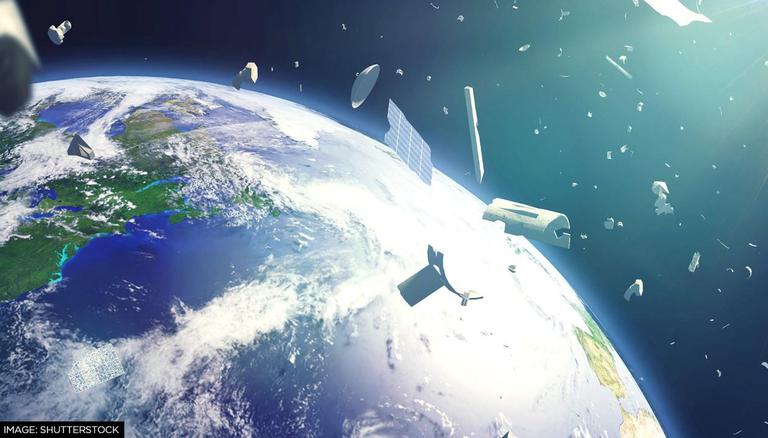 
In a bid to resolve the growing problem of debris in space, ten big companies from the space industry have assembled to chalk out a foolproof plan aimed at reducing space debris by the end of this decade. Major companies such as France-based Eutelsat, a satellite fleet operator, Arianespace, the European Space Agency's launch service provider and the US-based Planet, an Earth imagery company launched a Net Zero Space initiative at the Paris Peace Forum held in France on November 12, as per SpaceNews. Arianespace CEO Stéphane Israël was reported saying in his statement-

There are about 4,700 operational satellites currently in orbit, and this number could rise to more than 25,000 by the end of the decade. We must therefore urgently address the question of our responsibility in relation to the increased use of space, so we can safeguard the benefits for humanity over the long haul.

Moreover, the French company Eutelsat also reiterated the urgent need of eliminating space junk in order to reduce the risk of space collisions and maintain sustainability in space-related operations. "Taking no action would increase the risk of space asset collisions, undermine the safety and sustainability of space operations and inflate the cost of access to the most useful orbits", said the company's Deputy CEO Michel Azibert, as per SpaceNews.

🌎As activities in outer #space enter a new era of growth, the need to address the issue of space #debris becomes ever more pressing
👉 Eutelsat is delighted to join the @ParisPeaceForum2021's #NetZeroSpace initiative

While announcing its commitment towards the Net Zero Space charter, Eutelsat claimed that its success rate for de-orbiting a spacecraft, meant for eliminating needless satellites, is over 95%. Reportedly, the company has also struck a deal with satellite internet company OneWeb with an intention to reduce the space junk in the low-Earth orbit.

Other members who signed for the initiative

Among the other members, who have joined the initiative, are Japan-based space debris removal company Astroscale, French startups Share my Space, Spaceable and the National Centre for Space Studies (CNES). The signatories of the charter also include the European Space Surveillance and Tracking (EUSST), the Netherlands-based International Institute of Air and Space Law (IISL) along with CGSTL, the Earth observation operator from China.

There is no doubt that space debris is one of the major threats that satellites and even large observatories like the International Space Station (ISS) face today. On Thursday, November 11, the ISS was forced to raise its altitude by 1.2 kilometres in its orbit in order to evade the approaching leftover of a destroyed Chinese satellite.