'Wait, What?': Elon Musk Claims Dinosaurs 'would Still Be Around If They Had Spaceships'

Chief Executive of SpaceX and Self acclaimed Technoking Elon Musk has once against stirred the internet with his wild remark, this time about dinosaurs. 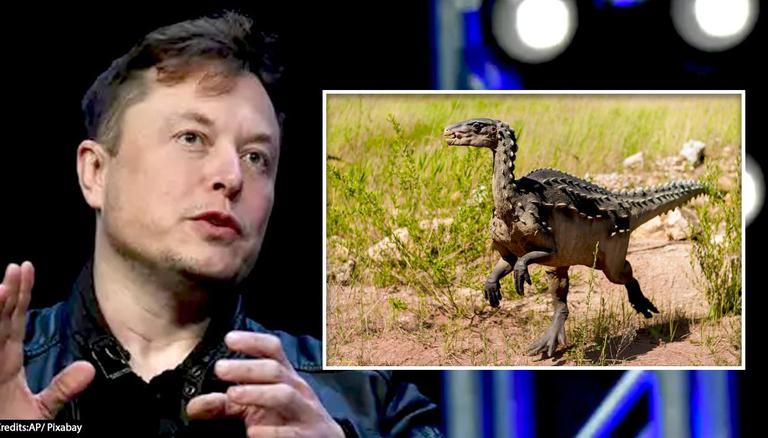 
Chief Executive of SpaceX and Self acclaimed Technoking Elon Musk has once against stirred the internet with his wild remark. Whether or not dinosaurs could have avoided extinction millions of years ago, still remains a heavy discussion topic across the scientific community. However, in his latest tweet, the tech billionaire blatantly claimed that the prehistoric beings would surely have been around if they had spaceships.

If only they had spaceships, they’d still be around

Musk’s tweet came in response to a dinosaur meme, which he had previously shared on his Twitter feed. Immediately after it was shared, Musk's comments triggered comments from the internet community. A user reckoned that maybe the dinosaurs had a spaceship and left the planet, others dismissed it as another 'fun thought.'

Maybe the opposite. They had spaceships & left :)

But how would they fly it?

Would have wiped out the dinosaurs with a single tweet.

They are out there. pic.twitter.com/Vt9EhqrFKK

While the theory of human-level technological advancement in the dino community seem like a wild theory, Musk's claims otherwise have had the same touch of being unreal. Many times in the past, the tech billionaire has expressed his desire to establish a permanent human presence on the red planet with starship rockets carrying humans to and from Mars. Earlier this month, he went a step ahead by asserting that not only do humans need to colonize Mars but also have a present base on the moon in order to become a “spacefaring civilization.”

While the extinction of dinosaurs is largely blamed on a colossal asteroid collision, earlier this year, a team of experts claimed that catastrophic volcanic activities also played a part. In a research published in Proceedings of the National Academy of Sciences, experts stressed that the release of harmful gasses from a volcano in India resulted in the species’ disappearance.

READ | NCT Dream and Pinkfong collaborate to create a kids song, 'Dinosaurs A to Z'

For this purpose, they collected samples from the Deccan Traps, an igneous province of west-central India that was once a  massive lava field. In the aftermath of their analysis, they concluded that intense volcanic activity that jolted the area, tens of thousands of years ago could be a plausible cause of the extinction. If the volcanism theory was true, the amount of CO2 released by the volcanic activity would have been massive, flooding the atmosphere with the gas and causing global temperatures to rise as a result. Experts further touted that even a change of a few degrees would have been enough to trigger a chain reaction that caused the food chain to collapse.