El Salvador's 46th and one of the youngest Presidents in the world wants Bitcoin and other forms of cryptocurrency to be legal tender in the country, know why: 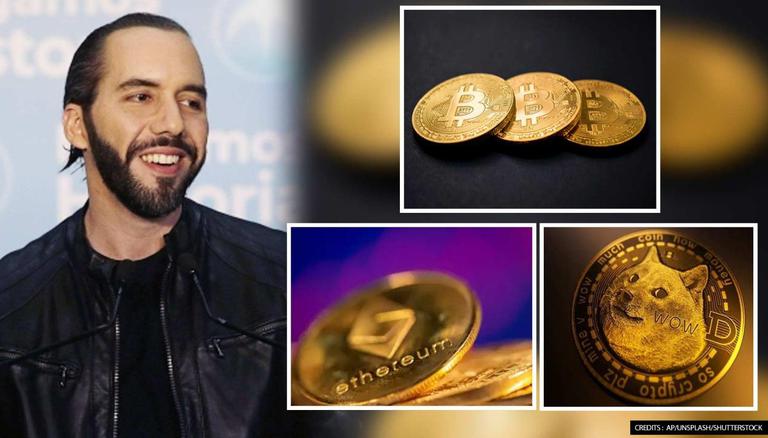 
El Salvador President Nayib Bukele is reportedly planning to make Bitcoin the country's legal currency, alongside the US dollar. This historic move makes El Salvador the first country to take such a step. The President hopes that it would open up financial services to millions of people (about 70 per cent) in the country who still lack bank access, due to the crippling economic crisis. Bukele is expected to send legislation to the country's Congress next week that would make the cryptocurrency legal tender.

In a recorded message played at a Bitcoin conference in Miami, Bukele said, “Next week I will send to Congress a bill that will make Bitcoin a legal tender in El Salvador."

“In the short term, this will generate jobs and help provide financial inclusion to thousands outside the formal economy and in the medium and long term we hope that this small decision can help us push humanity at least a tiny bit into the right direction.”

What is legal tender?

Legal tender is an accepted form of currency, either physical or digital, and used as a mode of payment, in the form of coins or banknotes or digital transaction and it must be accepted if offered in payment nationally and in some cases internationally if other countries acknowledge its value and legitimacy.

It must be noted that upwards of two million Salvadorans live outside the country, but they continue to keep close ties to their place of birth, sending back more than $4 billion each year. In other words, it is 21 per cent of its total economy which comes as remittances from abroad annually. It is the hope of local economists there that Bitcoin could make money transfers cheaper and ultimately faster in the country.

#Bitcoin has a market cap of $680 billion dollars.

If 1% of it is invested in El Salvador, that would increase our GDP by 25%.

On the other side, #Bitcoin will have 10 million potential new users and the fastest growing way to transfer 6 billion dollars a year in remittances.

The 39-year-old President-one of the youngest so far would believe that adopting Bitcoin accentuates his image as a young, innovative leader. He has so far maintained approval ratings above 90% and made Twitter his preferred way of communicating, characterized it as an idea that could help El Salvador move forward.

A unique and bold move or a step towards financial anarchy?

El Salvador adopting cryptocurrency as legal tender will likely give significant control to the informal economy sector in a country that is not stable and doesn't have accountable actors. The disadvantage and advantage are it doesn't have a track record of providing the kind of price stability and liquidity that a currency is supposed to provide, especially when dealing with so many national and international entities that will eventually rely on the system while operating a business.

READ | Twitter CEO Jack Dorsey now plans a Bitcoin wallet for Square, says 'it is for everyone'

Is Cryptocurrency safe and reliable?

The blockchain technology backing cryptocurrency is inherently secure, thanks to the decentralized - and public, however, that doesn’t mean it’s completely secure in the same way most people consider the US dollar or other established currencies to be secure. Since cryptocurrency isn’t backed by any governmental authority, it doesn’t have the same protections as many standard currencies throughout the world.

Ultimately, the future of cryptocurrencies - their value, security and longevity - is still largely unclear. It can be understood with some analysis that owning some sort of crypto eventually create value over time, but only if the buyer understands the importance of it, the company you're investing in, the inevitable volatility and risk factors of cryptocurrency before investing in them.