A team of astronomers from the UK, Hungary, Spain, Hong Kong, and France have found the origins of a cosmic entity that has been a mystery for almost 900 years. 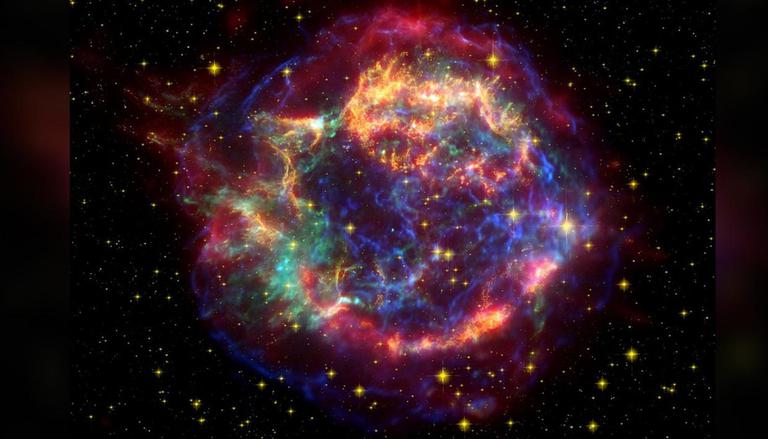 
A team of astronomers from the United Kingdom, Hungary, Spain, Hong Kong, and France have found the origins of a cosmic entity that has been a mystery for almost 900 years. The astronomical entity under debate is a supernova known as the 'Chinese Guest Star,' which appeared in the night sky for around six months before vanishing forever into the void. In 1181 AD, Chinese and Japanese astronomers first spotted it and documented it in their records.

In 1181 AD, Chinese and Japanese astronomers first spotted it and documented it in their records. They classified it as a supernova, a strong celestial explosion, and pinpointed its approximate location in the sky, however, its cause remained a mystery. According to the new research, published in 'The Astrophysical Journal Letters,' a nebula located near Parker’s star is the remnant of the giant supernova observed in ancient Chinese skies. Pa30 is the name given to the rapidly expanding gas cloud that resembles a supernova, stated the study.

The astronomers found Pa 30 in 2013 and the researchers then went on to determine how rapidly Pa 30 is increasing in the latest study. They discovered that it was expanding at a breakneck speed of 684 miles per second (1,100 kilometres per second). Knowing this rate, scientists calculated that the nebula was born roughly 1,000 years ago, putting its origin around the time of this ancient supernova. The traces of the supernova could be detected in another nebula known as 3C 58, which is located near the indicated location of the supernova, according to some previous studies. However, several variables, such as the nebula's age, cast doubt on this notion. The study noted that there was no other viable candidate was known for the remnant to date.

'Nebula Pa30 is the counterpart Supernova 1181'

The nebula Pa30 is the counterpart of SN1181 (Supernova 1181) and it was concluded by combining information about the location, age, and event brightness collected over a period of 185 days. The star that exploded into a supernova was positioned between the Chinese constellations Chuanshe and Huagai, according to historical records. Parker's star was surrounded by a gas cloud, which seemed appropriate for the setting said Professor Albert Zijlstra in a statement. He also stated that only 10 per cent of all supernovas are of this type. It should be mentioned here that astronomers who initially witnessed this magnificent cosmic event, which lasted six months, noted that it was as brilliant as Saturn and recorded the star's approximate location. Meanwhile, modern scientists were finally able to unravel the mystery with the help of ancient records.