Blue Moon On August 22: Check Where, When And How To See In US, UK

If the sky is clear on Sunday, the full moon will be a 'Blue Moon,' according to the American Astronomical Society. Blue Moons are a relatively rare occurrence. 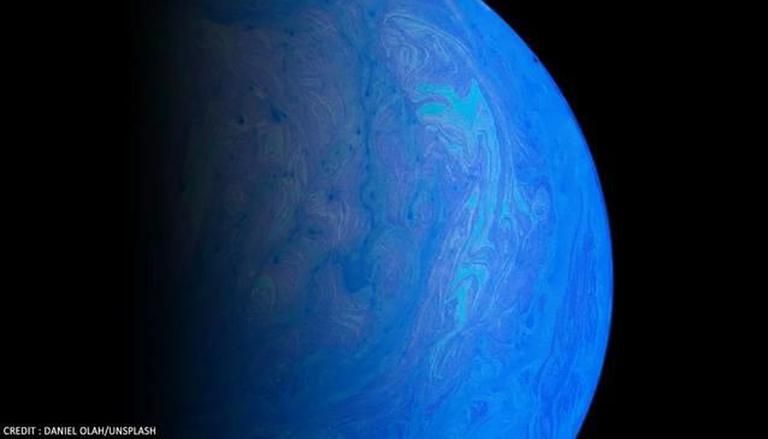 
On Sunday, 22 August, a Blue Moon can be witnessed on a clear night sky, according to the American Astronomical Society. While rare, Blue Moons do occur and are an additional full moon that occurs in the third of four full moons in a year's division.

When does a Blue Moon occur?

"By introducing the 'Blue' Moon, classic full Moon names like the Wolf Moon and Harvest Moon remained in harmony with their seasons," Diana Hannikainen, Sky & Telescope's Observing Editor, explained. A real Blue Moon occurs when the lunar cycle causes the full Moon to emerge within a few days of an equinox or solstice. The last time this happened was in February 2019, and it will happen again in August 2024.

What is a Blue Moon?

The term 'Blue Moon' is now generally used to refer to the second full moon in a month, although it wasn't always so. This colourful term is a calendar error that initially appeared in March 1946 in the pages of Sky & Telescope and swiftly travelled around the world.

According to Sky & Telescope editors and authors, the classic astronomical definition may be traced back to the Maine Farmers' Almanac in the late 1930s. The Almanac usually used the phrase to refer to the third full Moon in a season with four Full Moons instead of the usual three.

Are moons ever blue in colour?

Yes, they are, and you may see an actual blue-coloured Moon in the sky someday. Blue-coloured Moons are uncommon – and not always full – and occur when the Earth's atmosphere includes dust or smoke particles of a specific size. Particles must be somewhat larger than 900 nanometers in diameter. When a wildfire rages nearby, for example, you might discover particles of this size in the air above you. The scattering of red light by particles of this size is particularly efficient. The Moon may appear blue in colour when these particles are present in our air, and the Moon shines through them.

When and Where to Watch Blue Moon in US and UK

WE RECOMMEND
Rare 'True' Blue Moon to appear on August 22; Here's all you need to know
When is the next Blue Moon? Here is a full schedule of Blue Moons till 2039
Halloween Blue Moon this week: What does it mean and when will it rise?
Full Moon October 2020: When is Full Moon in October? Know details
Full moon in November: How to watch the lunar eclipse in your region?