Chandrayaan-2: Everything You Need To Know About ISRO's GSLV Mk-III Launcher And Spacecraft Designed For Moon Landing

ISRO's GSLV Mk-III rocket that consists of three modules, namely Orbiter, Lander (Vikram) & Rover (Pragyan) will lift off from the Satish Dhawan Space Centre at Sriharikota in Nellore district of Andhra Pradesh at 2.43 pm today. The key highlight the mission Chandrayaan-2 is ISRO's plan to attempt a soft-landing at the proposed site close to the lunar South Pole where no space agency has got to so far, among others. With less than an hour to go for the mission to launch, here's everything you need to know about the mission's launcher and spacecraft.

#ISRO #Chandrayaan2
As our journey begins, do you know what is the distance of Moon from Earth? The average distance is 3, 84, 000 km, Vikram lander will land on Moon on the 48th day of the mission, which begins today.
Here's different view of #GSLVMkIII-M1 pic.twitter.com/4LFEmT2xxZ

The Chandrayaan-2 mission will be carried out by the Geosynchronous Satellite Launch Vehicle Mark III (GSLV MK III) rocket, which is designed to launch satellites into geostationary orbit. It consists of three modules: Orbiter, Lander and Rover, and we'll talk about each one of them later in this article. Orbiter and Lander modules are interfaced mechanically and stacked together as an integrated module while Lander houses the Rover. The GSLV Mk-III can launch 4-ton class of satellites to the Geosynchronous Transfer Orbit (GTO). 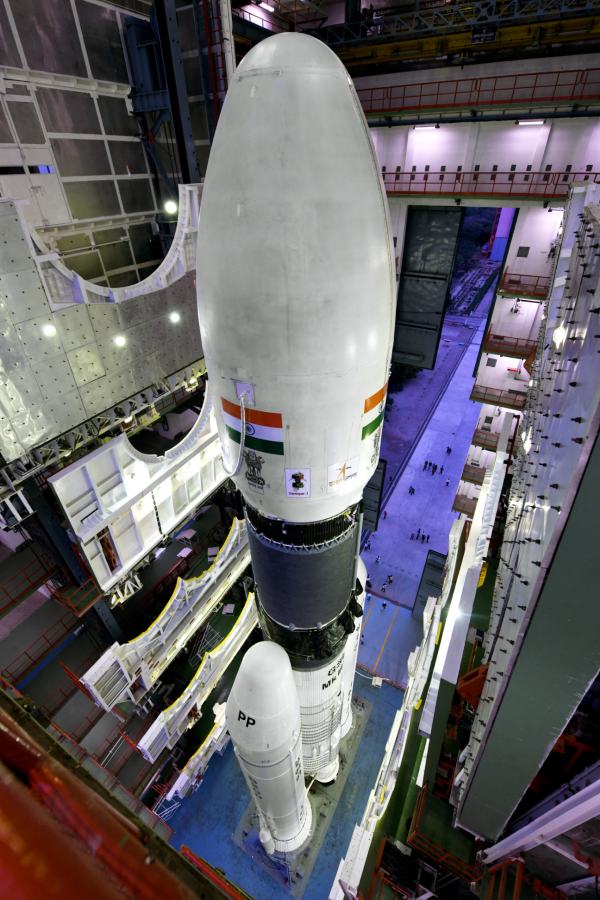 After launching into earthbound orbit by GSLV MK-III, the integrated module of Orbiter and Lander will reach Moon's orbit using Orbiter propulsion module. The Lander will eventually part ways with the Orbiter and soft-land at the proposed site close to the lunar South Pole. Afterwards, the Rover would perform certain scientific experiments on the lunar surface.

The Chandrayaan-2 Orbiter will be capable of communicating with Indian Deep Space Network (IDSN) at Byalalu as well as the Vikram Lander. The average mission life span of the Orbiter is one year and it will be deployed in a 100X100 km lunar polar orbit. Did you know? The Chandrayaan-2's lander is named Vikram after Dr. Vikram Sarabhai who is widely regarded as the father of India's space programme. It will be capable of communicating with IDSN at Byalalu, as well as with the Orbiter and Rover. The Lander is responsible for soft-landing on the lunar surface. 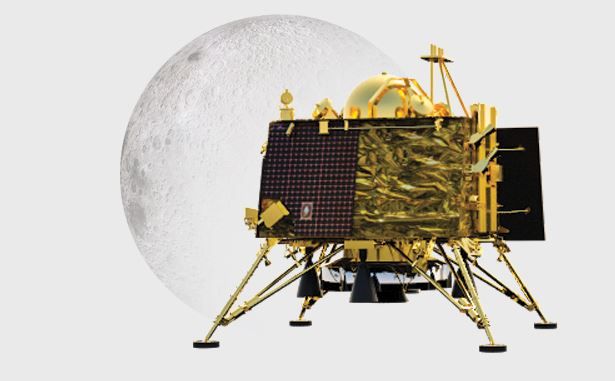 In a nutshell, the Pragyan Rover is a 6-wheeled robotic vehicle that can travel up to half a kilometre and leverages solar energy for its functioning. It can only communicate with the Lander. 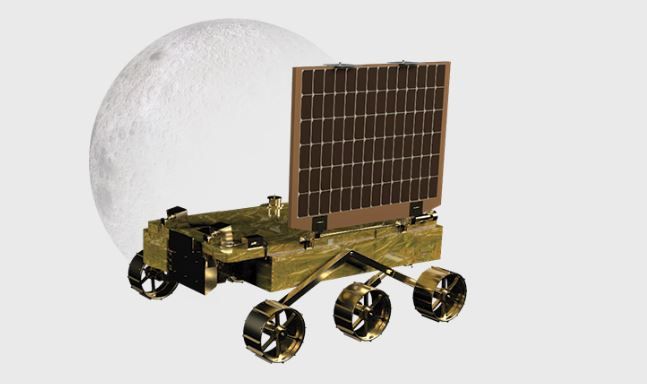 PEOPLE HAVE PLEDGED SO FAR
Homes made of fungi? NASA's atypical plan for human colony on Moon & Mars
ISRO sets up an academic centre for space at NIT Karnataka
Climate Change may not be only threat to vulnerable species: Study
Lunar Eclipse 2020: Tips to capture photos from your smartphone
IIT-Hyd researchers unravel protein that repairs damaged DNA
DO NOT MISS
FIR AGAINST KAPIL MISHRA
ASHA DEVI RIDICULES CONVICTS' PLEA
AMBULANCE GETS STUCK IN TRAFFIC
RAMDAS ATHAWALE ON HUNGER STRIKE
ROSS TAYLOR LAUDS BUMRAH
LIFE INSURANCE FOR NRI IN INDIA