The dinosaur fossil is preserved in a rare three-dimensional way, as the bones of pterosaurs generally get crushed due to their delicacy. 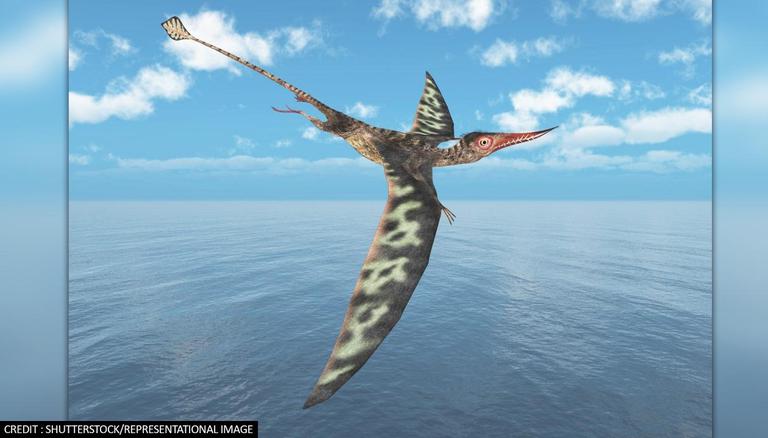 
Scientists from the University of Chile have announced the discovery of the remains of the Jurassic-era 'winged lizard', scientifically known as rhamphorhynchine pterosaur. As per reports by The Bolivar Commercial, the fossil is the first-ever finding of the winged dinosaur in the southern hemisphere. The confirmation took place 12 years after the original discovery as scientists had unearthed it back in 2009.

Tracing the history of 'wing dinosaur'

The observations by Chile University's researcher Jhonatan Alarcón have suggested that the winged dinosaur lived about 160 million years ago in the territory of the modern Atacama Desert. Reportedly, pterosaur was the first creature to drift over the Gondwana land, the prehistoric supercontinent that eventually split into Africa, South America, Australia, Antarctica, the Indian subcontinent and the Arabian Peninsula.

Alarcón noted that the fossil of the lizard pointed at the features such as a low head and long snout, pointed forward teeth, a long tail with a peculiar rhombus-shaped ending and a wingspan of about two meters. He suggested that the distribution of animals in this group was wider than what was known. Published in the journal Acta Palaeontologica Polonica, declared it is the oldest known pterosaur in Chile.

The palaeontologist stated that although pterosaurs have been found in South America in the past, this discovery is the first in Chile. Besides, the fossil is preserved in a rare three-dimensional way, as pterosaurs generally get crushed owing to the delicacy of their pneumatic bones meant for air movement.

The fossil was, reportedly, found by the Museum of Natural and Cultural History of the Atacama Desert's director, Osvaldo Rojas in 2009, during an expedition to the town of Cerritos Bayos in the Atacama Desert. The desert is known for several ground-breaking paleontological discoveries as it was a vast home to the marine fauna when South America was part of the Gondwana mega continent, during the Jurrasic era's end.

The forthcoming analysis confirmed that the discovered fossil was that of an extraordinary reptile with wings, and not just any marine animal. Interestingly, finding the partly aquatic lizard in a coastal ecosystem presented a background on the strong link between the fauna of Gondwana.