Earth Due For Another Magnetic Field Reversal After 780,000 Long Years: Scientists

Earth's magnetic field is changing in an unusual way, it has shifted its magnetic north pole from the Canadian Arctic to Siberia in the last 200 years. 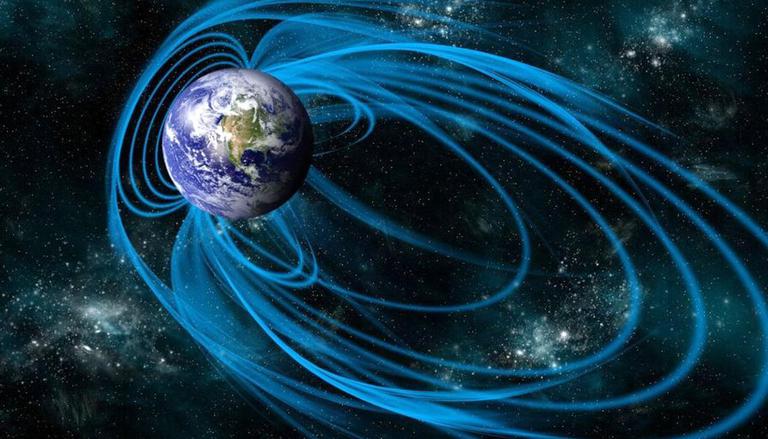 
The magnetic field of the Earth is changing in an unusual way. It has slowly weakened and shifted its magnetic north pole from the Canadian Arctic to Siberia over the last 200 years. However, in recent decades, this sluggish movement to the south has accelerated, reaching speeds of up to 48 kilometres per year.

The magnetic field of the Earth is created by the flow of molten iron in the planet's core, which is located approximately 2896 kilometres beneath the surface. Electric currents are generated by this superheated liquid, which then forms electromagnetic fields. While the factors that cause pole reversal are lesser understood, computer models of planetary dynamics demonstrate that reversals happen on their own, according to an article by Astronomy Magazine.

Two massive volumes of rock buried deep within the Earth

There are two massive volumes of rock buried deep within the Earth, each million times larger than Mount Everest and denser and hotter than the rest of the Earth's mantle. Such anomalies are also suggested to be caused by the remains of an ancient planet Theia - a cosmic body that struck Earth some 4.5 billion years ago. Scientists believe that these rock masses represent Theia's missing remains and that they interfere with molten iron convection, causing the South Atlantic's weak magnetic field.

Earth's own magnetic field emerged at least 4 billion years ago, and the Earth's magnetic poles have shifted numerous times since then. The magnetic field has flipped ten times in the last 2.6 million years alone, and some experts believe we are due for another because the last occurred 780,000 years ago. Reversals, on the other hand, are not predictable or even regular.

READ | Asteroid twice as big as Empire State Building to fly by Earth today; all we know about it

Researchers have mapped out the history of the Earth's magnetic field using volcanic rocks, according to Astronomy Magazine. When lava cools, the iron within it gets magnetised in the direction of the magnetic field. By analysing these rocks and employing radiometric dating techniques, it is possible to recreate the prior behaviour of the planet's magnetic as it strengthened, weakened, or changed polarity.

A probable explanation for the anomaly has been proposed by recent geological investigations. Our Moon is thought to have originated when Earth was impacted by the planet Theia 4.5 billion years ago, although Theia's remains have never been discovered. It looks that Theia's remains may be beneath the surface.