Earth Might Become Unrecognisable By 2500 If Climate Change Is Unaddressed: Scientists

Scientists have now issued a warning that humans urgently need to address the issue of climate change or else our planet will become unrecognisable by 2500. 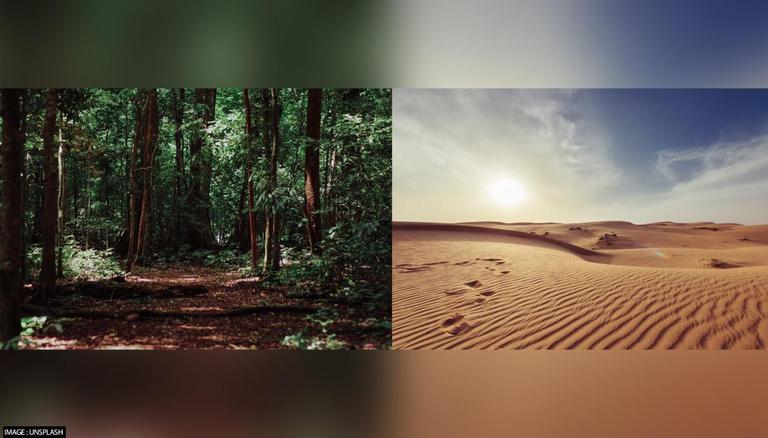 
Scientists have now issued a warning that humans urgently need to address the issue of climate change or else our planet will become unrecognisable by 2500. A new report by Science Alert has suggested that the condition will start worsening from 2100 itself if no action is taken.

Vegetation and ecosystem may become barren

According to Science Alert, the article published in Global Change Biology has tried to determine the life after this century i.e 2100. The results reportedly are from the global climate model projections that are based on Representative Concentration Pathways (RCP), which are "time-dependent projections of atmospheric greenhouse gas (GHG) concentrations." Besides, in order to determine the environmental challenges, what children nowadays and their descendants might have to face starting 2100, factors like vegetation distribution, heat stress and growing conditions for our current major crop plants were also examined.

The observations reportedly found that global average temperatures will be on a rise even post 2100 that will reduce the area suitable for some crops. It was revealed that vegetation and the best crop-growing areas will shift towards the poles while historically rich ecosystems including the Amazon forests will become barren. Moreover, people living in tropical areas and close to the equator will face fatal levels of heat stress and those areas might eventually become inhabitable.

READ | 2015 Paris Agreement not honoured by most G20 countries; nations have 'no plan', warns CAT

Sadly enough, warning about such situations are being issued despite several climate accords by governments to tackle climate change. The 2015 Paris Agreement is one such step towards tackling climate change where 190 countries vowed to limit the Earth's warming to a maximum of 1.5 degrees Celsius above pre-industrial levels.

The latest climate change analysis by Climate Action Tracker (CAT), earlier this month, revealed that none of the G20 countries have a proper plan to meet the 2015 Paris Agreement aim. Shockingly enough, the analysis that observed 36 countries and the European Union, suggested that the list of negligent countries included even the world's largest economies.

Apart from this, a previous study published in Nature estimated that the world needs to abandon 60 per cent of unextracted natural gas and oil and nearly 90 per cent of coal by 2050 in order to achieve even half the possibility of fulfilling the agreement.

WE RECOMMEND
NASA's Landsat-9 Earth-observing satellite to launch on Sept 27 from California coast
Incredible pictures of Earth's horizon captured by ISS at night go viral; See pics
Earth to evolve into another supercontinent in 200 mn years? Here's what scientists say
Earth due for another magnetic field reversal after 780,000 long years: Scientists
NASA creates two new directorates for low-Earth and deep space missions
Listen to the latest songs, only on JioSaavn.com