Elon Musk took to Twitter to post a meme that could be indicating the Dogecoin. He used the templates of the character from the famous movie Harry Potter. 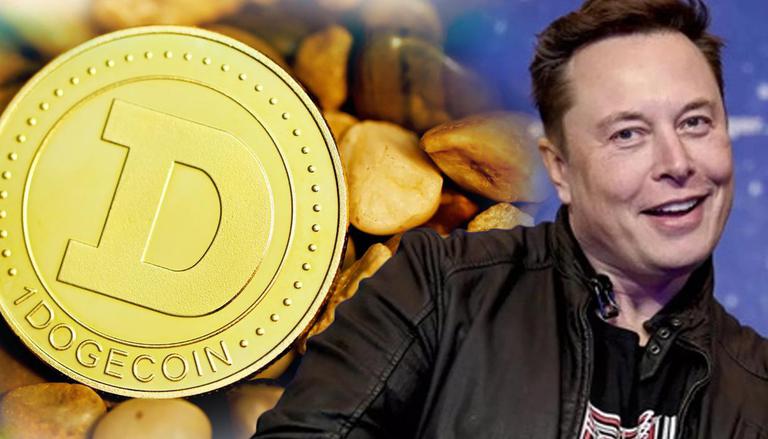 
Elon Musk, the CEO of technological giant Tesla, on Wednesday, again tried to manipulate the stock market and cryptocurrency trends through his Tweet. Elon Musk took to the microblogging site to post a meme that could be indicating the Dogecoin. He used the templates of the character from the famous movie Harry Potter- a film series based on the eponymous novels by J. K. Rowling. In the scene, the character is seen before the magical Mirror of Erised in a dark corridor along with Professor Albus Dumbledore.

Meanwhile, the post of Elon Musk created a storm among netizens and the stock market. Within a second of his tweet, the stock value of Dogecoin has seen a slight jump. A screengrab of the stock market was also posted by the user in which it can be seen that the value of the dogecoin improved following Tesla's CEO tweet.

I’m once again monitoring the #Bitcoin chart to see what effect this tweet has on the market.

Using the 5m chart this time

“Are you thinking what I’m thinking?” pic.twitter.com/gU2daXeI7i

Another way to find our deepest desires and fears is to use the doge spirit molecule pic.twitter.com/WulVKeKO2g

Launched in 2013, Dogecoin is a cryptocurrency based on the Litecoin algorithm. It was created by software engineers Billy Markus and Jackson Palmer, who decided to create a payment system as a joke. However, some consider it a legitimate investment prospect. Earlier in late March, Musk announced that his company would start accepting bitcoin transactions for its electric vehicles. Subsequently, the value of the bitcoin went on on another volatile ride. However, taking a U-turn after two months of his announcement, Musk said his company was suspending plans to accept the cryptocurrency as payment due to high environmental costs as a reason for the move. This lead to a steep decline in the value of the cryptocurrency.

Apprehending the value of Musk's tweet and his abrupt decision of using cryptocurrency, and then letting it abandon, a notorious group of hackers who are liable for committing some of the biggest digital scams in the recent past, was targeted by them. TMZ reported that the anonymous account has caused a lot of grief for different organizations including PayPal, Scientology is now targeting the Tesla CEO.

In their latest video, anonymous affirms that even though Elon has "positioned himself as concerned about the environment with Tesla's pivot away from Bitcoin, he doesn't practice what he preaches within the company itself- hurling many allegations against him and Tesla's practices at large." Concluding his grievance note, the anonymous added that he thinks "Elon is not a friend to the common man", something they considered themselves to be.