SpaceX CEO Elon Musk took a jibe at the Blue Origin's founder, Jeff Bezos saying former would be on Pluto by now if lobbying and lawyers could get you to orbit. 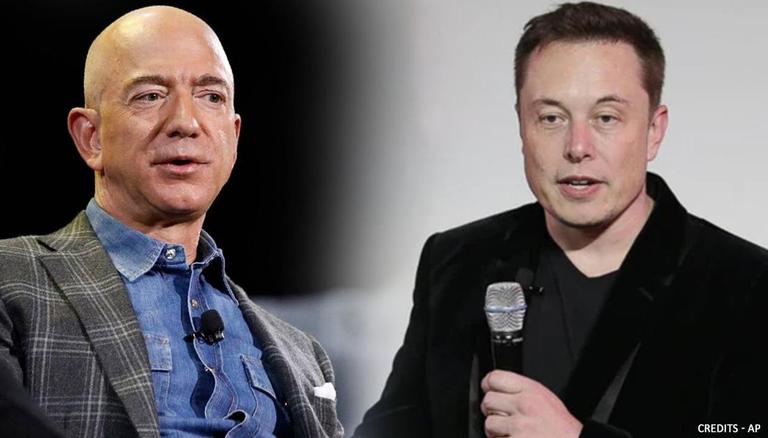 
Sneering and mocking a remark at Blue Origin's founder, Jeff Bezos, on August 12, SpaceX CEO Elon Musk said the former would be on Pluto by no if lobbying and lawyers could get you to orbit. Musk hit out at the billionaire space rival in the latest barb in a war of words. Recently, the two were kicked into overdrive when NASA awarded SpaceX a lunar lander contract over Bezos-owned space entity.

While replying to a tweet, Elon Musk wrote, "If lobbying & lawyers could get u to orbit, Bezos would be on Pluto right now" 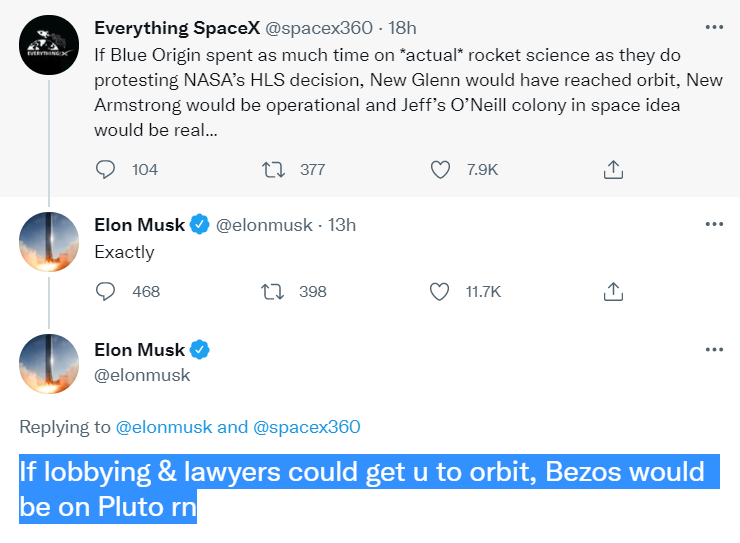 Elon Musk's SpaceX won a lucrative contract to develop a version of its starship spaceship to take astronauts to the lunar surface in 2024, while Blue Origin hoped NASA would pay both firms to develop alternative landers but funding cuts led the space agency to go with only SpaceX, prompting the firm to file a 50-page protest to the Government Accountability Office.

This appeal, that accused NASA of 'moving the goalposts a the last minute' was denied by officials. This provoked Musk to utter what he did.

It started in April 2020 when US space agency, NASA had announced it would award three initial research contracts to Blue Origin, Dynetics, and SpaceX to develop a lander system. While Blue Origin received $579 million and SpaceX $135 million as part of the initial research bond. On April 16, 2021, NASA announced SpaceX was going to be the sole company to construct a lander bound to the lunar surface as soon as 2024 and received a $2.9 billion grant. Also, Blue Origin's protest with the US government was later rejected as it found that NASA did not violate any regulation in making only one award, which was the entire defense on the matter by Elon Musk.