Elon Musk’s latest post toppled the market value of the token by as much as 3.4 percent and it was trading at about US$37,790 on Friday (June 4). 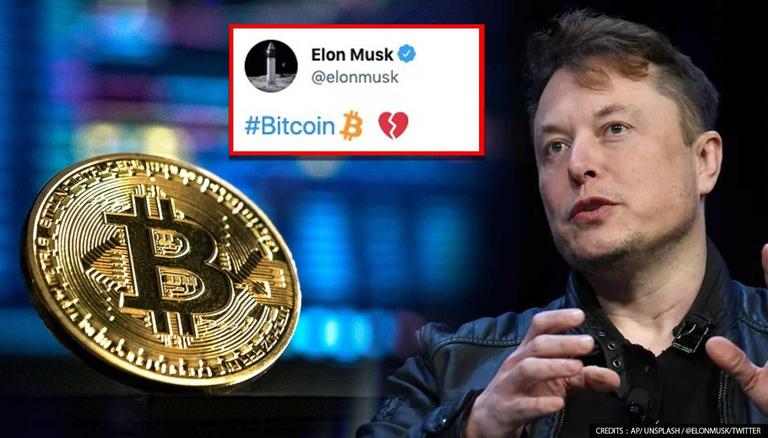 
Prices for Bitcoin on Thursday slumped after Tesla and SpaceX CEO Elon Musk tweeted a breakup with the cryptocurrency, making a broken heart emoticon and sharing rock band Linkin Park’s song lyrics. Musk’s latest post toppled the market value of the token by as much as 3.4 percent and it was trading at about US$37,790 on Friday (June 4), according to Coindesk. The cryptocurrency BTC had suffered a major dip only last month after the Chinese government announced a ban on the crypto exchanges and Initial Coin Offerings. Cryptocurrency investors were unhappy with the market turnout and blamed Musk for their loss and the market influence.

Musk had also signalled that he has no plans to sell cryptocurrency during the downfall in the market. The billionaire CEO had tweeted, Tesla has "diamond hands" by using the emoji for diamond and hands, indicating that Tesla will not be selling its $1.5 billion stakes in bitcoin. Bitcoin and other cryptocurrencies majorly slumped following Musk’s tweet, as the Tesla founder said, "Credit to our master of the coin”. SpaceX boss had largely fluctuated the DOGE’s market value with a separate "CYBERVIKING" tweet in blue neon lights along with a caption in a reference to Patti Page's song from the 1950s, which shot the prices of the meme token as high at $0.436622 last month.

Elon… I put my trust in you

So it's over?💔 Has Tesla sold it's #BTC holdings or do you plan to keep holding?

I will buy all the #Bitcoin  that @elonmusk sells. #Bitcoin  ❤️

Nooooo. I was just about 10% from breaking even and now the crypto market has crashed again. Why do you do this to us?

I am really not a fan of Twitter notifications, but have had to turn them on for your account because otherwise I lose money half of time you tweet. All this to say: please try to tweet responsibly and understand you are messing with people’s lives.

Elon why ? The market was recovering. Your jokes are playing with people's hard earned money. Give it a break please 🙏

What are you doing man?

As Musk’s influence on the crypto market has continued, with his tweets roiling the prices of the leading cryptocurrency, crypto enthusiasts launched a new meme token $STOPELON in a bid to counter the tycoon’s impact on crypto’s value. This came after the Tesla founder last month reversed a decision of accepting Bitcoin for purchases of Tesla Inc. electric vehicles, citing environmental concerns. With his recent tweet Musk caused the token to topple by about $27,000 from its mid-April record of $65,000.

SpaceX CEO's tweets rattled other segments of the market—such as the Samsung Publishing Co., a shareholder in the producer of the “Baby Shark” viral YouTube song, whose shares shot up to  47,300 Korean won as per the Refinitiv Eikon's data this week. This came as Musk tweeted,  “Baby Shark crushes all! More views than humans,” while sharing the footage of the  popular children’s jingle during the Asian trading hours.