Ready to board an Ariane 5 rocket, the satellite will provide high-speed connectivity in regions across North America, South America, and the Caribbean. 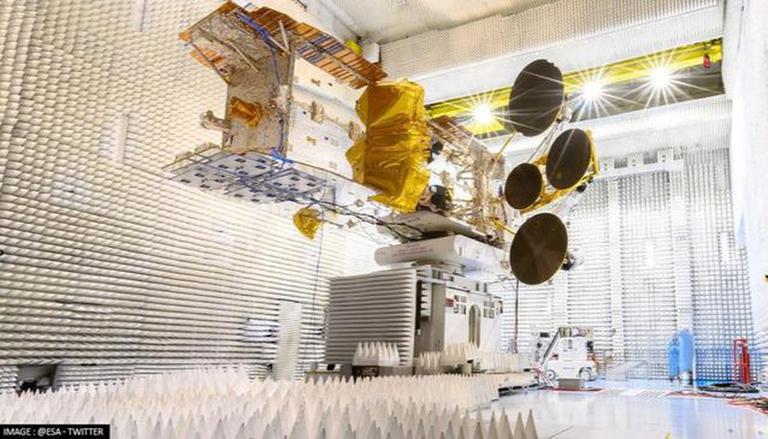 
The European Space Agency (ESA) on October 19 has given a go-ahead to the new thermal control system that will maintain the temperature of big satellites in orbit. Jointly developed by the ESA, French space agency CNES and satellite manufacturer Thales Alenia Space, the cooling system is the first mechanically pumped loop to be used on large commercial telecommunications satellites. With this development, Alenia Space has registered itself as the pioneer of this new innovative system, said the ESA in its official report.

Why was the system needed?

According to the ESA, this cooling system has been designed to be robust to endure the demanding launch environment. Besides, once the system reaches orbit with the satellites, they can operate perfectly and without maintenance, for more than 15 years.

The satellites will be cooled to acceptable temperature limits as Alenia Space’s innovative cooling method will remove the heat away from the satellite and dissipate it in space. As of now, big satellites were achieving a colder temperature using conventional heat pipe networks to transport the heat to radiators onboard the satellite.

ESA states that this new system was needed as these traditional systems have reached their limit for large and powerful satellites such as SES-17. The High-end Spacebus Neo satellites to be launched henceforth will use a mechanically pumped loop to transport heat to its radiators.

The countdown has begun🚀Europe’s largest #telecoms satellite to date is being prepared for launch on 22 October on board an @Ariane5 #VA255 #SES17. The satellite is operated by @SES_Satellites and the platform developed with @Partner_InOrbit @CNES @Thales_Alenia_S 🛰 pic.twitter.com/ahLsRgMd3q

The agency has qualified the cooling system after subjecting the SES-17 satellite to a few tests that it passed in a thermal vacuum chamber. The geostationary communications satellite is scheduled for launch on October 22 and has arrived at its launch site at Arianespace’s Guiana Space Centre in Kourou.

Ready to board an Ariane 5 rocket, the satellite will provide high-speed connectivity in regions across North America, South America, the Atlantic Ocean and the Caribbean for its customers from the aeronautical, maritime, enterprise, and government markets, as per Thales Group. This launch is the ESA’s second-biggest ongoing project as the agency is also focussed on the BepiColombo spacecraft that recently made a flyby of Mercury.

BepiColombo is a joint mission by the ESA and the Japanese Aerospace Company (JAXA) which is proving to be quite successful so far. Recently, the astronomers even released the first images and even the first sound recording from the data gathered by the Mercury-bound spacecraft. Have a look at the image along with the first sound from Mercury.

This splendid view of part of Mercury's northern hemisphere was captured by @ESA_MTM about 10 mins after #MercuryFlyby close approach, from a distance of 2420km. https://t.co/jjGKrsQXDH#ExploreFarther pic.twitter.com/EMhMJ5tKiN

🔊 Hear the sound of @esa's @BepiColombo flying by #Mercury! 🛰️ Well, actually these aren't acoustic waves, but spacecraft vibrations captured by the #ISA instrument onboard the Mercury Planetary Orbiter and sonified to create this awesome video😍@ESA_Bepi @bepit_outreach pic.twitter.com/qJIaa54LUK