'First-ever Recordings Of X-Ray Emissions From Far Side Of A Black Hole Found': Study

Astrophysicists have detected light behind a black hole deep in space for the first time. The discovery confirms Einstein’s theory of general relativity 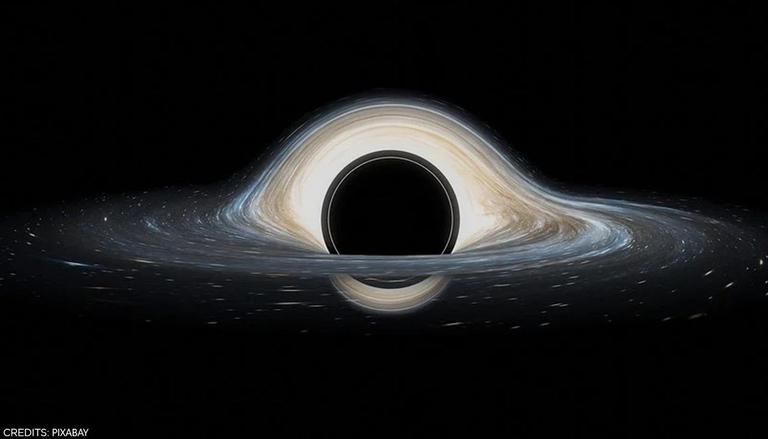 
"Blackhole is not the dead-end of the universe". Yes, you read it right. For the first time, astronomers have detected light behind a black hole deep in space. According to Astrophysicists at Stanford University, bright flares of X-rays were spotted bursting from a supermassive black hole at the centre of a galaxy 800m light-years away.

Fulfilling a prediction of Einstein’s theory of general relativity, researchers have reported the first-ever recordings of X-ray emissions from the far side of a black hole. https://t.co/gQeN1YmstR

While studying a mysterious feature of certain black holes known as the corona, Stanford University astrophysicist Dan Wilkins spotted unexpected “luminous echoes”. These additional flashes were smaller, and of different colors than the bright flares.

According to theory, these luminous echoes were consistent with X-rays reflected from behind the black hole—but even a basic understanding of black holes tells us that is a strange place for light to come from.

Wilkins explained, "Any light that goes into that black hole doesn't come out, so we shouldn't be able to see anything that's behind the black hole," said Wilkins, who is a research scientist at the Kavli Institute for Particle Astrophysics and Cosmology at Stanford and SLAC National Accelerator Laboratory. It is another strange characteristic of the black hole, however, that makes this observation possible. "The reason we can see that is because that black hole is warping space, bending light and twisting magnetic fields around itself".

He further informed, "I've been building theoretical predictions of how these echoes appear to us for a few years. I'd already seen them in the theory I've been developing, so once I saw them in the telescope observations, I could figure out the connection".

The discovery confirms Albert Einstein’s theory on general relativity. Einstein’s 1915 general theory of relativity states that what we perceive as the force of gravity arises from the curvature of space and time.

Roger Blandford, a co-author of the paper who is the Luke Blossom Professor in the School of Humanities and Sciences and Stanford and SLAC professor of physics and particle physics, explained, "Fifty years ago, when astrophysicists started speculating about how the magnetic field might behave close to a black hole, they had no idea that one day we might have the techniques to observe this directly and see Einstein's general theory of relativity in action".