Hyderpora Encounter: Bodies Of Deceased Exhumed; To Be Handed Over To Family

Bodies of Mudasir Gul and Mohammad Bhat, who were killed in Hyderpora encounter, were exhumed from graveyard at Wadder Zachaldara by the J&K administration. 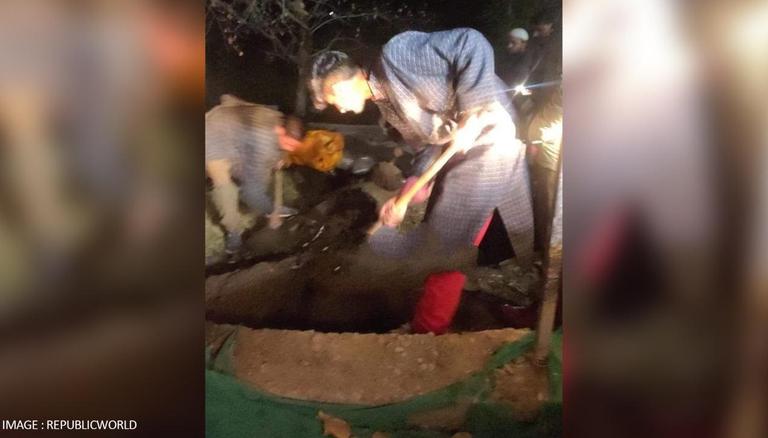 
In the latest development, the bodies of Mudasir Gul and Mohammad Altaf Bhat - who were killed in the Hyderpora encounter - were exhumed at a graveyard at Wadder Zachaldara by the Jammu and Kashmir administration on Thursday. The bodies will be handed over to their families, sources informed.

This will be the first time that the body of a person buried under police watch is returned to the kin since the onset of the novel coronavirus pandemic in March last year. The bodies are being moved to Srinagar, PTI reported.

Earlier the families of two civilians killed in the encounter demanded police to release the bodies. They were staging a sit-in protest at the Press Enclave in Srinagar when they were removed by police around midnight. The action was condemned by mainstream political parties in Jammu and Kashmir.

"Instead of handing over mortal remains of the innocent civilians, police has arrested the family members for demanding the bodies of their loved ones. Unbelievably ruthless & insensitive. Least they can do is return the mortal remains immediately," People's Democratic Party (PDP) president and former chief minister Mehbooba Mufti wrote on Twitter.

Former Jammu and Kashmir CM Omar Abdullah also staged a sit-in protest against the Hyderpora encounter. The National Conference vice president called off the protest after family members of the slain informed that authorities have assured to return the bodies.

While Jammu and Kashmir Police have stated that both were OGW (Overground workers). Their family have refuted the claim. The office of the J&K Lieutenant governor said that it "will ensure there is no injustice". The enquiry will be conducted by Khursheed Shah, Additional District Magistrate Srinagar.

Meanwhile, former Rajya Sabha MP and senior Congress leader Ghulam Nabi Azad has demanded a judicial investigation by a high court judge. Speaking to Republic Media Network, he said, "I made it clear, We respect Army Police and CRPF, but People’s trust is also important. If People don’t trust them, then how is protection possible? If such incidents happen, people lose trust. It is important to gain people trust. A judicial inquiry is needed from high court level, a magistrate is a too small officer for that."

WE RECOMMEND
After Mehbooba Mufti, Omar Abdullah questions Srinagar encounter ops; demands probe
Painful to see civilians being killed during operations against militants: Mehbooba
Listen to the latest songs, only on JioSaavn.com