Space history has been made on multiple fronts as at 18 and 82, Oliver Daemen and Wally Funk mark the youngest and oldest astronauts ever to travel to space. 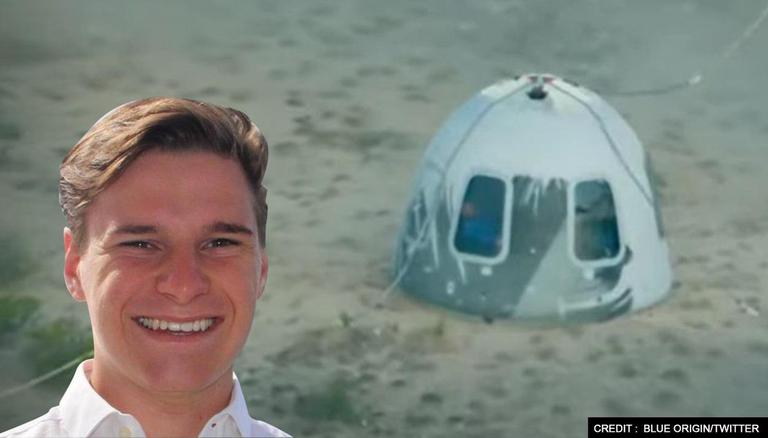 
An 18-year-old high school graduate from the Netherlands, Oliver Daemen, on Tuesday has become the youngest person to travel into space, accompanying Jeff Bezos aboard Blue Origin’s New Shepard spacecraft on the company's maiden crewed spaceflight.

Blue Origin had last week announced that Oliver Daemen would join the four-member crew for the inaugural space tourism sub-orbital flight, which was scheduled for Tuesday, instead of the original auction winner, who reportedly dropped out “due to scheduling conflicts”.

Welcome to the crew, Oliver! We’re grateful to have you as our first customer to mark the beginning of commercial operations. #NSFirstHumanFlight https://t.co/gwZ6qBOFpi pic.twitter.com/SuOwxe2353

"New generation of people to build road to space"

The 18-year-old who holds a private pilot's license which he had taken a year's gap to acquire joined Blue Origin founder Jeff Bezos, the tycoon's brother Mark and Wally Funk who has now become the oldest person to go to space.

According to the CEO of Blue Origin, Bob Smith, the initiative marks the beginning of commercial operations for the New Shepard spacecraft, and that Oliver Daemen represents a new generation of people who will help in building a road to space. 'New Shepard', named for the first American astronaut in space, Alan Shepard, is Blue Origin's reusable rocket system.

As per reports, Daemen’s father Joes Daemen had paid an undisclosed amount for his son to 'experience weightlessness, see the darkened sky, and gaze at Earth’s curved horizon for a few fleeting minutes'. Joes Daemen, a millionaire, is the founder and CEO of Dutch investment company Somerset Capital Partners. According to a statement made by the company, flying on New Shepard will be fulfilling a lifelong dream for Daemen, who since the age of 4 had been fascinated by space, the Moon, and rockets.

Notably, the 10-minute maiden flight on Tuesday marks a milestone for Blue Origin. The company has been reserved about the development of its spacecraft compared to industry leader and re-usable rockets pioneer SpaceX, founded by Elon Musk, and the far less notable Virgin Galactic, owned by Richard Branson. However, much like the latter, which flew Branson into space on July 11 (over a decade behind schedule, in the grand scheme of things), Blue Origin plans to offer customer flights aboard New Shepard starting later this year. Those flights will allow up to six people at a time to experience the brief thrill of ride to space, which includes some four minutes of weightlessness.