World's richest man, Jeff Bezos cheered "the best day ever" upon concluding his celestial foray into space on July 20 with three crewmates 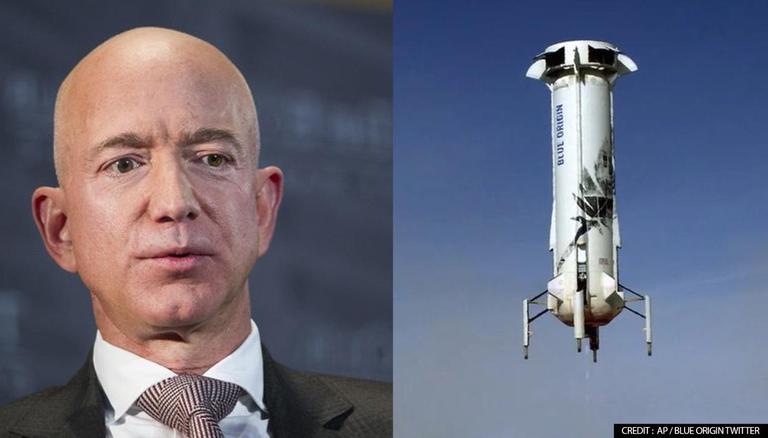 
World's richest man, Jeff Bezos cheered "the best day ever" upon concluding his celestial foray into space on July 20 with three crewmates. The team carried out a successful journey into space and landed back in West Texas. The Blue Origin's New Shepard's rocket-and-capsule also carried three other passengers to space. These included Jeff's brother Mark Bezos, aviation pioneer Wally Funk and 18-year-old Oliver Daemen who has now become the youngest person in space.

"It was the best day ever," Bezos said emerging from the capsule, adding that he felt "unbelievable good" and that his colleagues were a "very happy crew".

In a breathtaking video shared by Jeff Bezos, the crew can be seen floating and flipping in space owing to the prevalence of zero gravity. The crew can be seen unstrapping themselves as soon as the engines shut off upon reaching the edge of space. As soon as they unfastened their seatbelts, they began floating around the space capsule. He shared the video via his Instagram handle.

The Amazon founder was seen sprinkling champagne and applauded the successful landing on New Shepard's first crewed mission which sprinted back on Earth. The Amazon founder also shared a sweet moment with Wally, an 82-year-old female, who after this spaceflight, became the oldest aviation pioneer to go to space. The crew and their families then opened a bottle of champagne and celebrated next to the capsule.

The four passengers loaded into the New Shepard crew capsule at Blue Origin's launch site in West Texas just before the rocket ignited its engines at 6.12 pm, sending the spacecraft 100 km above the surface of the Earth. At the peak of the flight path, the four were weightless for about 180 seconds. The passengers parachuted back down to the ground 11 minutes later.