Jeff Bezos, who blasted off to the edge of space on July 20, thanked Amazon employees and customers for ‘paying’ for his historic trip. 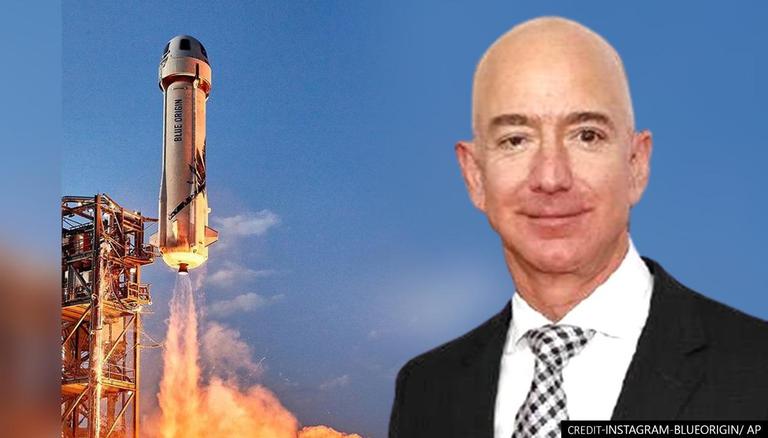 
Jeff Bezos, who blasted off to the edge of space on July 20, along with three other members of the all-civilian crew on Blue Origin vessel, thanked Amazon employees and customers for ‘paying’ for his trip outside Earth. The Amazon founder successfully completed an 11-minute ride to space on Tuesday aboard a rocket built by his company, Blue Origin. Following the mission, wearing the blue space suit and a cowboy hat, Bezos attended a news conference where some of his remarks drew criticisms.

Even though it appeared that Bezos merely jested, several people on social media platforms started criticizing the American billionaire while pointing out that Amazon workers have repeatedly flagged the dangerous work conditions and gruelling works hours that force them to even skip meals and bathroom breaks. On the contrary, as the situation of workers remains concerning, Bezos is still the world’s richest person.

‘Yes, Amazon did pay for this’

The United States Representative Alexandria Ocasio-Cortez on Twitter lambasted Bezos saying, “Yes, Amazon workers did pay for this - with lower wages, union busting, a frenzied and inhumane workplace, and delivery drivers not having health insurance during a pandemic. And Amazon customers are paying for it with Amazon abusing their market power to hurt small business.” Meanwhile, US Senator Elizabeth Warren also reiterated her call for a “wealth tax” while accusing the Amazon founder of not paying taxes. Not just in the US, the leader of Canada’s New Democratic Praty, Jagmeet Singh also echoed a similar sentiment.

“I also want to thank every Amazon employee and every Amazon customer because you guys paid for all of this.” https://t.co/hMS01eRzMs pic.twitter.com/3CueAOX9M8

supervillain level lack of self awareness

Employees paid for it by their sacrifices under his leadership.
The grueling work rules and low wages.