Lakes Under Mars Surface May Not Be Real, Here's What They Might Be

The data of the Mars Express orbiter recently found subsurface lakes in the south pole of the red planet Mars. However, it looks like it may not really be lakes 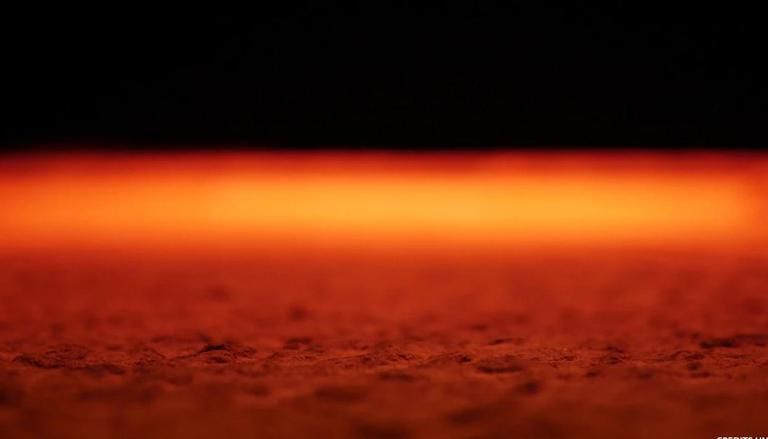 
The data of the European Space Agency's Mars Express orbiter recently found subsurface lakes in the south pole of the red planet. However, now it looks like it may not really be lakes at all. In 2018, scientists working with data from the Mars Express orbiter announced a surprising discovery that the signals from a radar instrument reflected off the red planet's south pole appeared to reveal a liquid subsurface lake.

NASA research team and Arizona State University (ASU) found dozens of similar radar reflections around the south pole, following the analysis of a wide set of Mars Express data. They say that many of them are in areas that are too cold for water to remain liquid.

Aditya Kuller from the AGU School of Earth and Space Exploration said that the radar waves lose energy as they pass through the material so that the depth of the deep wells are to be brighter than that on the surface.

He further added, "even though there are a variety of potential reasons for extremely light background with reflections, these two studies have found that liquid water was the cause of the light reflex because liquid looks bright in the radar."

Why Radar Interpreted as Liquid Water

The radar in the first instance interpreted as the liquid water have been discovered in an area of Mars known as the South Polar Layered Deposits. At first, it was assumed that the areas of water, ranging from 10 to 20 miles in a relatively small area of Mars South Polar sediment layers.

In a new study, the team increased the search for similar radio frequency signals to 44,000 proportions spread over 15 years of MARSIS data across the southern polar region of Martian.

It divulges a host of more spectacular radar displays at greater distances and depths than before. In some places, it was less than a mile from the surface, where temperatures were estimated to be below 63 ° C - so cold that the water would freeze, even if it had salty minerals known as perchlorates, which could reduce ice water.

Mars Express is the longest-running spacecraft operating around Mars after only the 2001 NASA Mars Odyssey which is still operational.