Major Upcoming Meteor Showers That You Don't Want To Miss; Here's When To Spot Them

Before 2021 meets its end, stargazers will get to witness four major meteor showers namely- the Taurids, Leonids, Geminids and Ursids in the forthcoming months 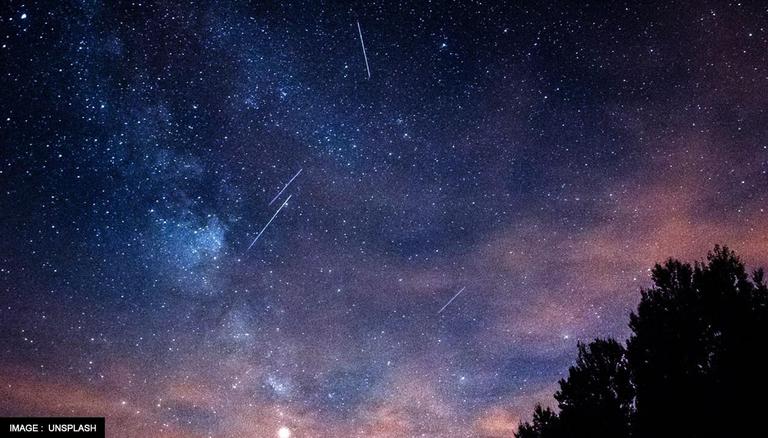 
If there is a time to spend beneath the night sky, it is the months of November and December as the universe will be treating people with several meteor showers that will light up the sky. Before 2021 meets its end, stargazers will get to witness four major meteor showers namely- the Taurids, Leonids, Geminids and Ursids in the forthcoming months. Let's take a look at the celestial calendar to make sure you don't miss them.

Avid stargazers will not have to wait long for this one as the Taurids meteors will blaze through the night sky on the night of November 4 and possibly in the early hours of November 5. At its peak, the shower will present up to 5-10 meteors every hour although it depends on the surrounding on is in. There's a condition that the location selected for tracking the meteors must be free from light pollution and considering this, the festival of Diwali might make it hard to spot the Taurids in most parts of India.

Space enthusiasts might want to keep looking up as there is another shower coming their way. The Leonids meteor shower is predicted to peak in the night of November 17 and the early hours of November 18 when up to 15 meteors per hour can be spotted. Again, those looking forward to the event must look for dark locations where unnecessary light won't diminish the meteor glow.

The Geminids meteor shower will be the first in December and the second last of 2021. It is predicted that onlookers can spot the most number of meteors in this shower that will illuminate the sky in multiple colours. With no festivals around, try looking for a pollution-free location to get the best experience.

READ | When is next Meteor Shower in USA? Check dates, timing, and how to see details

Over the last few nights, you may have noticed some “shooting stars” in the sky. It's a great time to see the Geminids meteor shower!

Check out some of our favorite meteor shower facts: pic.twitter.com/TlLMVyxQnu

This year will meet its end with the Ursids meteor shower that is expected to peak on the night of December 21 and the morning of December 22. Although this will be a minor shower producing 5-10 meteors per hour, it would still be a perfect way for astronomy geeks to end 2021.

READ | Orionids Meteor Shower Tonight: Here is How and When to spot the Shooting Stars

WE RECOMMEND
October's full moon might obstruct the Orionid meteor shower this week
Meteor Showers, Blood Moon, Planets and more: Check out the Skywatching events of 2021
Meteor showers list 2020: Schedule and the best days to observe the phenomena
Night Sky in June 2020: All astronomical events you can see this month
Celestial events in 2021 which avid stargazers won't want to miss; Read to track them all
Listen to the latest songs, only on JioSaavn.com