Mexico: What Are Earthquake Lights? A Senior Researcher At NASA Explains

Several parts of Mexico felt tremours after a powerful earthquake of magnitude 7.0 struck near the Pacific resort city of Acapulco on Tuesday night 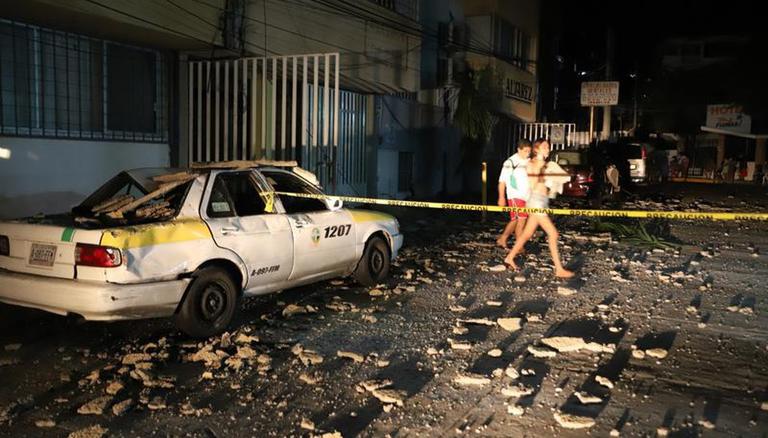 
Several parts of Mexico felt tremours after a powerful earthquake of magnitude 7.0 struck near the Pacific resort city of Acapulco on Tuesday night. According to a report by the Associated Press (AP), at least one person was killed in the incident and several others were reportedly injured. The US Geological Survey, in a statement released on its website, said that the recent shock occurred as a result of shallow thrust faulting on or near the plate boundary between the Cocos and North America plates. The earthquake occurred approximately 60 km northeast of the Middle America trench where the Cocos plate begins its descent into the mantle beneath Mexico.

"In the region of this earthquake, the Cocos plate moves approximately northeastward at a rate of 65 mm/yr," read the statement of the Geological Survey Department. While speaking to the news agency, Guerrero state Governor Hector Astudillo confirmed the death of one person during the deadly earthquake. He told that the ill-fated person came under a falling post in the town of Coyuca de Benitez near Acapulco. "We heard a loud noise from the building, noise from the windows, things fell inside the house, the power went out,” said Sergio Flores, an Acapulco resident reached by phone. "We heard leaking water, the water went out of the pool and you heard people screaming, very nervous people."

What are earthquake lights?

To understand the concept of lightning before or during the earthquake, scientists quote the example of a powerful quake that struck Mexico in 2017.  According to the scientists, spooky images of green and blue lights in the sky popped up on social media soon after an earthquake of magnitude 8.1 hit several Mexican cities.

READ | US pledges more aid to earthquake victims in Haiti

Friedemann Freund, a senior researcher at NASA's Ames Research Center, in an interview with National Geographic, said lights can take many different shapes, forms, and colours before or during the earthquake. According to Freund research, lights are caused by electric charges activated in certain types of rocks during seismic activity, "as if you switched on a battery in the Earth's crust." The scientist said some rocks like Basalt and gabbro have tiny defects in their crystals that could release electrical charges into the air. Though the chances are rare, sometimes it appears before or during quakes, not as much afterwards, noted the scientist.

Meanwhile, people took to social media to share horrific photographs and videos of the earthquake. One of the videos shared by a Twitter user shows flashes of electric shocks lighten the whole sky that was produced when the electrical arcing between power distribution lines come in contact while swinging. However, according to scientists, lights are caused by electric charges activated in certain types of rocks during seismic activity. While sharing his experience, Guerrero state Governor said he saw people fleeing hotels around the bay and some running into parking decks to remove their cars, fearing a collapse. "We were all worried about some change in the sea, but so far authorities have not said anything about a tsunami alert,” he said.

Have a look at the conditions of the town after the powerful quake: 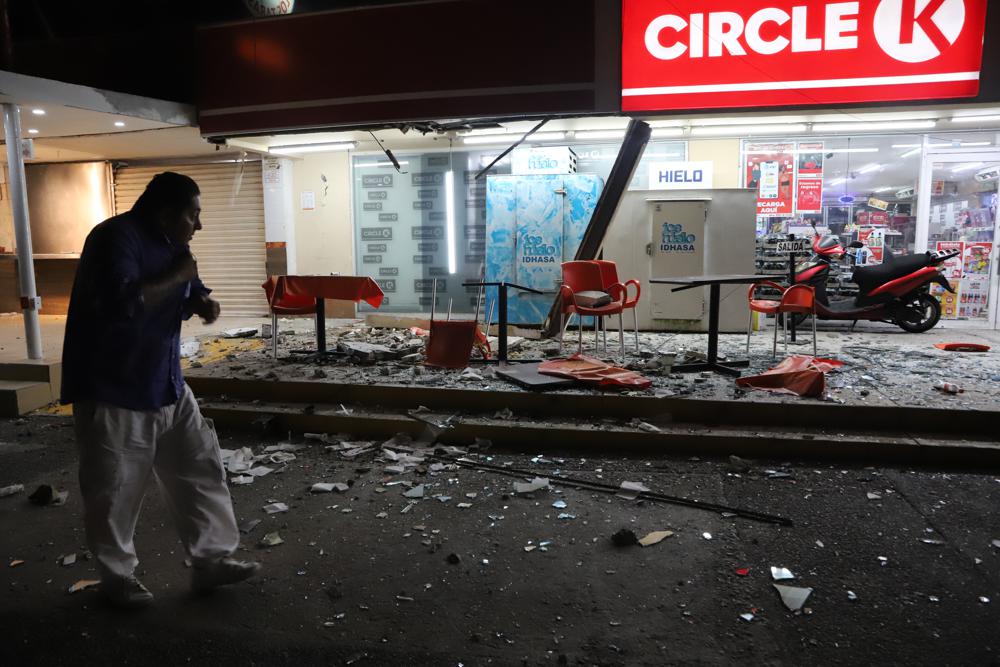 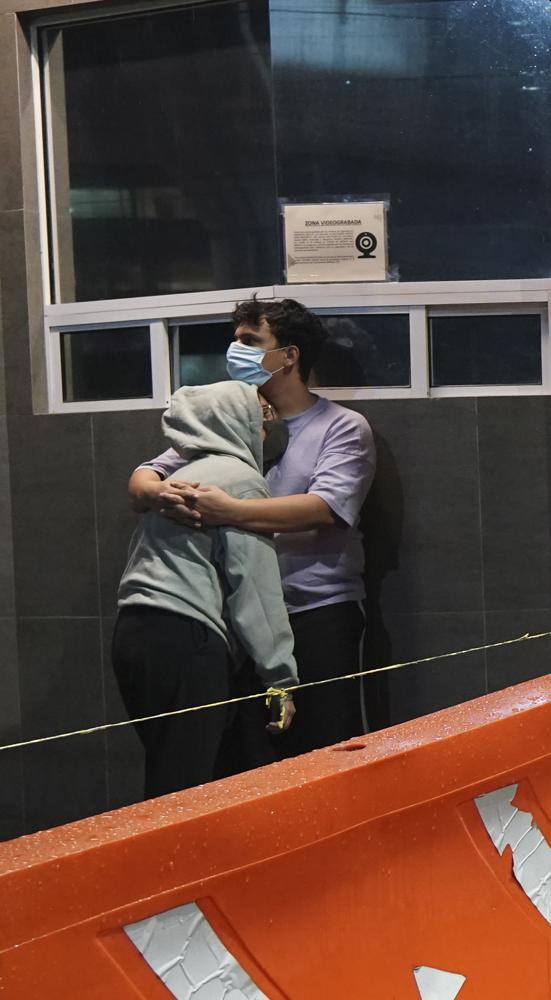 Mexico earthquake: No Tsunami alert despite the powerful tremor

According to the  Pacific Tsunami Warning Center, there were no reasons to alert the citizens for any possible Tsunami and added the threat of potential waves had already passed. Later, in a statement released by the mayor of Acapulco, Adela Roman, he said the situation in the city was now under control. However, he informed that the city witnessed a power outage due to the failure of 2-3 power grids. “There are nervous breakdowns; people are worried because there have been aftershocks,” she said, adding that there are “many gas leaks in many places” as well as some landslides and fallen walls.