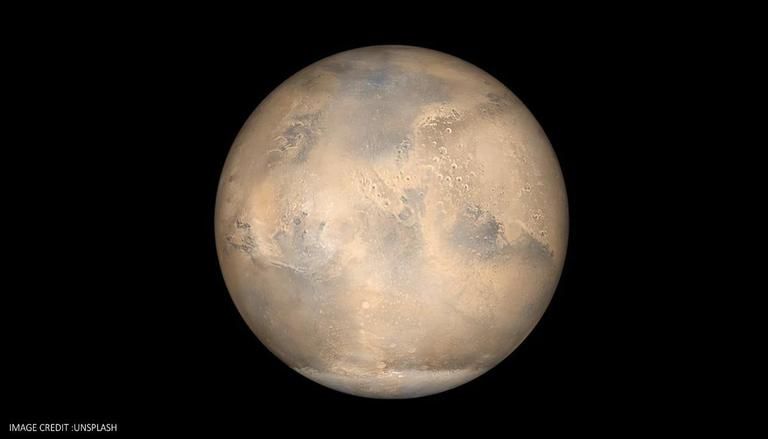 
Humans have always eyes on the idea to fly to Mars in person but have feared the consequences of dangerous radiation during long-term space flights to get there. Brain damage, Gastrointestinal problems, and cancer are some of the adverse effects mentioned by the scientists while on a trip to the red planet. But a new study suggests a time period apt to schedule a safe trip to Mars.

According to the paper published in Space Weather magazine, August edition, “This study shows that while space radiation imposes severe constraints and poses technological difficulties on the manned mission to Mars, such a mission is still feasible".

The study also mentions the simulations that indicate the optimal time to travel to Mars.

According to Yuri Shprits, a UCLA research geophysicist and co-author of the paper, a trip of that length would be conceivable. The average flight to Mars takes about nine months, so depending on the timing of launch and available fuel, it is plausible that a human mission could reach the planet and return to Earth in less than two years.

Two main types of dangerous particle radiation are named in the paper. One is solar energy particles (SEP) from our sun and the other is galactic cosmic rays (GCR) from outside the solar system. The researchers point to a time known as the solar maximum – when our sun is at its highest level of activity as the ideal time for humans to fly to Mars.

UCLA further said in the statement that the spacecraft designers must focus on shielding astronauts from SEP (Solar Electric Propulsion), but the effects of damage to the GCR (Galactic Cosmic Ray) during solar maximum would be less. Even with the new study results, the team suggests leaving a Mars tour for less than four years.

Referring to Mars vacation planning, the statement informed, travel time to Mars can vary (NASA’s Perseverance mission took about seven months to get there), but there are some peak times in the mid-2030s and 2050 when shorter trips from Earth to Mars will coincide with certain periods of time Solar maximum.