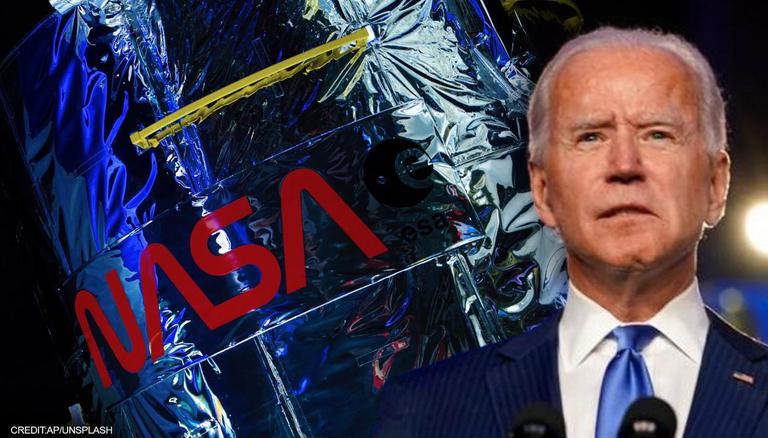 The United States President Joe Biden administration has given a proposal of USD 24.8 Billion Budget for National Aeronautics and Space Administration(NASA) for the fiscal year (FY) 2022. The Biden-Harris administration's funding proposal is the largest ever request for NASA. NASA is an independent agency of the US federal government which is responsible for the civilian space programmes and researches pertaining to space and aeronautics.

Joe Biden's FY 2022 funding request for NASA marks a 6.6 per cent increase from previous allocations. NASA Administrator shared the information on his official Twitter handle and credited the President's proposal as recognition for NASA as the most reputed agency which contributes to the administration's goals, such as climate change, diplomacy, equity, economic growth, purposes of STEM (Science, Technology, Engineering and Math) and more.

And it's the largest request for NASA science ever! https://t.co/hm9bEp0Sls

Bill Nelson lauded the Budget proposed and stated NASA is uniquely positioned to help the world understand and mitigate climate change. NASA took to Twitter to establish the same.

Deeming the funding request an investment in America's future, Bill Nelson said NASA activities contribute to local and national economies, invest in next-generation through STEM education, and are essential to American leadership universally. According to him, the Budget allocation of this size will increase investment in climate research and science programmes.

“This FY 2022 budget, along with continued bipartisan support for NASA’s goals and missions, will empower NASA and the United States to lead humanity into the next era in exploration – an era in which government and the private sector partner to take us farther than ever before – to the Moon, to Mars, and beyond – and to expand science, economic growth, and well-being here on Earth," read NASA's press release.

NASA FY 2022 Budget request of $24.8 billion obviously took netizens by surprise and impressed them too. While few responded to the news gleefully, others resort to humour to welcome the big news.

I grew up loving NASA, but in 20 years almost no innovations were made. Then one man and one company (SpaceX) did more in a few years to improve taking payloads to orbit cheaper than NASA had done in decades. Before him we had to use Russian rockets... Do better NASA

Forward to the Moon!