NASA will launch the new Imaging X-ray Polarimetry Explorer observatory on December 9 to study objects with high energy such as stars and black holes. 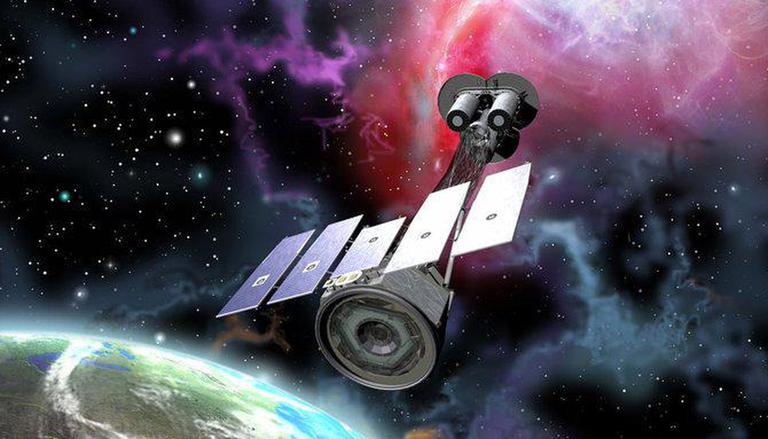 
NASA wants to leave no stone unturned when it comes to uncovering mysteries of the universe as it is preparing to launch a new space observatory. A new set of X-ray eyes, as NASA calls it, the telescope named Imaging X-ray Polarimetry Explorer, or IXPE, has been built to study the universal objects with high energy such as remnants of exploded stars, powerful particle jets spewing from feeding black holes, and much more. Developed in partnership between NASA, the Italian Space Agency and Ball Aerospace, the observatory has been scheduled for launch aboard SpaceX's Falcon 9 rocket from NASA’s Kennedy Space Center in Florida on December 9.

Launching a mission to understand #BlackHoles! 🤯

Significance of the Space Observatory

According to NASA, IXPE is smaller in size than the Chandra Observatory, another X-ray telescope built by the agency, and lacks imaging power. However, where IXPE excels is detecting polarisation, an aspect of unexplored cosmic X-ray sources. Dr. Martin Weisskopf, IXPE’s principal investigator said as per the agency’s release-

The launch of IXPE marks a bold and unique step forward for X-ray astronomy. IXPE will tell us more about the precise nature of cosmic X-ray sources than we can learn by studying their brightness and color spectrum alone.

This new x-ray observatory carries three identical telescopes and its new X-ray vision has been developed by state-of-the-art Italy-made polarization detectors. Each of these telescopes will collect X-rays with a set of nested, cylinder-shaped mirrors. These rays are then fed into a detector, which takes a picture of incoming X-rays and measures both the amount and direction of polarization. Weisskopf added as per the release-

IXPE will help us test and refine our theories of how the universe works. There may be even more exciting answers ahead than the ones we’ve hypothesized. Better yet, we may find whole lists of new questions to ask!

The detection of x-rays emerging from different corners of the universe is important as they are a form of high-energy light which originate from places where matter is under extreme conditions. These extreme conditions are violent collisions, enormous explosions, 10-million-degree temperatures, fast rotations, and strong magnetic fields, as per NASA. In addition to this, these rays carry detailed information about their source. On the other hand, polarised light, that is made up of electric fields vibrating in a single direction, carries unique details about where the light comes from and what it passes through.

“By analyzing polarized X-rays with IXPE, scientists can learn more about the structure and behavior of celestial objects, their surrounding environments, and the physics of how X-rays come to be”, says NASA.

WE RECOMMEND
NASA resumes Webb Telescope's launch preparations as no anomaly was found post mishandling
'Avenge the dinosaurs': Elon Musk responds as NASA's DART heads towards an asteroid
NASA blasts DART Mission off to shoot rocket into asteroid to alter its orbit | WATCH
NASA tests next-generation indoor farming to feed over 10 bn people by 2050
NASA postpones launch of James Webb Telescope to Dec 22 after an "incident"
Listen to the latest songs, only on JioSaavn.com