A colour image of the South Seitah region of Jezero Crater has been captured by its Ingenuity helicopter, confirmed NASA and it will help in further exploring 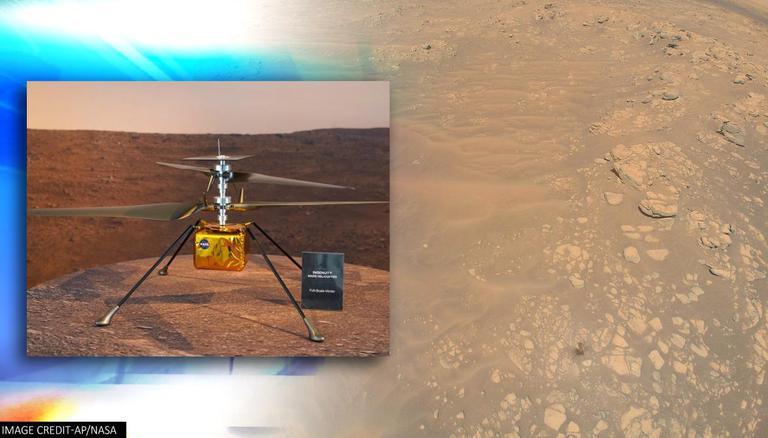 
NASA's Ingenuity Mars Helicopter in a new achievement for the Perseverance rover team has captured some amazing photographs of the Martian surface. The picture was clicked by the Ingenuity Helicopter on August 16 during its 12th flight.

In a recent update provided by NASA, a colour image of the South Seitah region of Jezero Crater has been captured by its Ingenuity helicopter. The capture proves to be a major achievement being a worthy area for the mission's science team  Based on the image, the Perseverance science team now believes that the site can be a possible "treasure trove of complex geology" and will provide vital information on the signs of ancient microbial life. Also, it will help in categorizing the geology of the area and will provide details on the area's history.

The team has also used rotorcraft's images for signs of layered and sedimentary rock that could have been deposited in water or intriguing rocky outcrops which can be accessible to the rover. This will help the rover to safely take it and bring it out of the area.

Ingenuity captured 10 color images of this region, which can help my team figure out whether I should drive ahead to investigate potentially interesting rocks in “South Seítah” or remain in my current location. https://t.co/VWwXI1yB3V

Project scientist on the new capture

One of the project scientists for NASA's Perseverance rover, Ken Farley spoke on the recent achievement and said,

"From a science perspective, these images of South Seítah are the most valuable Ingenuity has taken to date. And part of their value may be in what they are not showing. Sedimentary layers in rocks are not readily apparent in the image, and there may be areas that could be difficult to negotiate with the rover. There is work to do by our science and rover driving teams to understand better how to respond to the new data.”

NASA's Perseverance's mission is mainly focused on astrobiology which includes looking for signs of ancient microbial life. It rover is said to research the planet's geology and climate which will help in exploring more about the Red Planet and also become the first mission to collect and store Martian rock and regolith. The Perseverance rover and Ingenuity helicopter are the two most valuable assets of NASA used for researching the planet.