Neutron Stars May Be Much Bigger Than Scientists Have Assumed For Years: Recent Studies

Neutron stars may be much bigger than scientists have assumed for years. Recent studies have estimated new figures regarding the same. Read on. 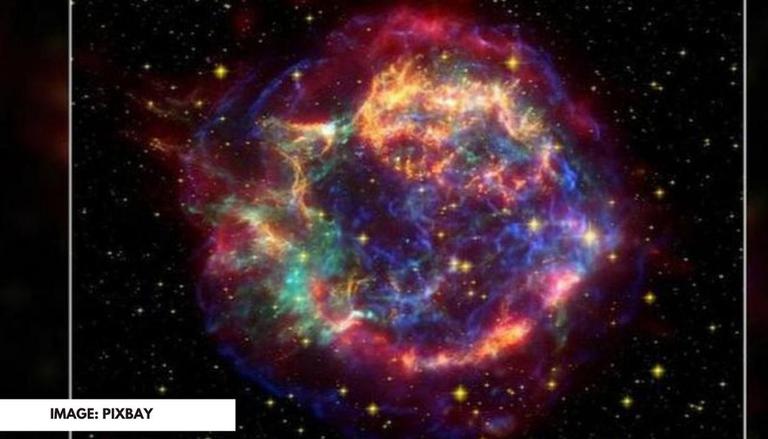 
Neutron stars, the densest known objects in the universe aside from black holes, have a radius of between 8.2 and 8.9 miles (13.25 and 14.25 kilometers), according to new estimations published in the journal Physical Review Letters on April 27. New estimations of the size of mysterious neutron stars have been made, suggesting that the ultradense stellar corpses are slightly larger than previously assumed. Here is more information about it, read on to know.

Neutron stars may actually be much bigger than we assumed

The new estimations were made by looking at the so-called "neutron skin," or an exterior layer of neutrons around the nucleus of a lead atom, rather than directly detecting neutron stars. Previously, it was thought that these stars, which are remnants of massive supernova explosions, have a radius of up to 7.5 miles (12 km). Amount of substance equal to 1.4 mass of the sun is crammed into this rather small radius (either one you look at). In comparison to that, the sun has a radius of 432,169 miles (695,508 km).

Lead is one of the densest naturally occurring elements on the planet. Despite the fact that lead is nowhere near as dense as neutron stars, scientists believe the fundamental principles driving lead atom structure are comparable to those driving neutron star structure.

In a statement, reported by Space.com, Jorge Piekarewicz, a nuclear physicist at Florida State University and one of the paper's authors, said that there is no experiment that can be carried out in the laboratory that can investigate the structure of the neutron star. He also stated that a neutron star is such an exotic object that researchers have not been able to recreate it in the lab. He further added that anything that can be done in the lab to constrain or teach us about neutron star attributes is quite beneficial.

Positively charged protons, negatively charged electrons, and neutral neutrons are found in most atoms. The nucleus of the atom is made up of protons, whereas the outer shell is made up of electrons. It's a little more complicated with neutrons. Lead atoms, for example, have more neutrons than lighter atoms. Some of these neutrons are crammed in with the protons in the nucleus, but not all of them. The rest is pushed out toward the nucleus's edge, where it forms the neutron skin, as physicists call it.

WE RECOMMEND
'Contract Marriage' stars Gen Hoshino and Yui Aragaki are getting married for real
ECS T10 Krefeld 2021 VG vs ARS live stream, pitch and weather report, preview
Barcelona transfer news: President Laporta hints at mass exodus with stars set to leave
Nick Jonas reveals the line-up of stars performing at BBMAs 2021 in a quirky video: Watch
New pokemon snap pidgeot: How to get all 4 stars for pidgeout in the game?