Orionids Meteor Shower Tonight: Here Is How And When To Spot The Shooting Stars

Orionids shower is the effect of Earth moving through Halley's path where it encounters several pieces of rocks left behind from the comet's tail. 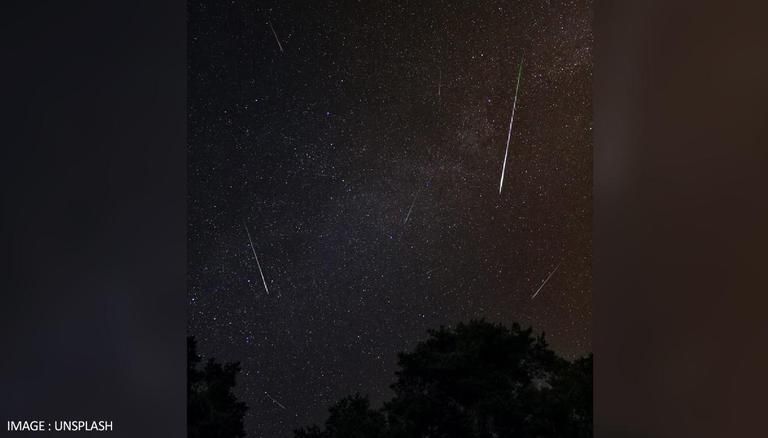 
As October approaches its end, it has brought the Orionids meteor shower closer to space enthusiasts which they can marvel in the night sky of October 21 and 22. Although this event spans from early October to November, the night of the 21st and early hours of the 22nd day of this month will be the peak of the event. At its peak, the shower can feature as many as 20 meteors per hour cruising through the sky.

Meteor shower to peak💫
The Orionids meteor shower will peak on October 21, with about 20 meteors per hour visible. pic.twitter.com/stovh0drJ9

What is the Orionids meteor shower?

The Orionids meteor shower is basically the remaining bits and pieces of debris left by the world-famous Halley's comet. Named after astronomer Edmond Halley, the comet is popular for racing through Earth every 76 years. Meanwhile, the phenomenon of Orionids shower is the effect of Earth moving through Halley's path where it encounters several pieces of rocks left behind from the comet's tail. Last seen back in 1986, the comet will make a return to our solar system in 2061.

READ | Perseid meteor shower 2021: Can one watch the shining celestial event in India?

On this day in 1982, the first image of the returning Halley's Comet was recorded. Caltech astronomers found the comet when it was still beyond Saturn's orbit and more than 960 million miles from the Sun: https://t.co/dA6QxC3xXE pic.twitter.com/VO2bM9VAfY

When and Where to watch Orionids meteor shower?

NASA has offered some advice to witness the rare event that will occur on the night of October 21 and the morning of October 22. It said that this will be the best time to watch the shower as the Earth will pass through the densest part of Halley’s debris stream. To make sure you don't miss it, NASA's Marshall Space Flight Center is even organising a live stream on October 21. However, those living in Asia will have to rely on their own due to differences in the time zones. Experts advise that an area free from excessive lighting will be the best to spot the meteors at their brightest.  In case you miss the aforementioned event, here are other meteor showers awaiting you later in the year.

The Leonids meteor shower will peak on the coinciding night and morning of November 17 and 18 respectively when up to 15 meteors per hour can be spotted. Again, those looking forward to the event must look for dark locations where unnecessary light won't diminish the meteor glow.

READ | When is next Meteor Shower in USA? Check dates, timing, and how to see details

December will also host its first meteor shower on the 13th and 14th in what is considered the best among all of the known meteor events. The shower when at its peak can produce hundreds of multicoloured meteors per hour to illuminate the night sky.

READ | Celestial events in 2021 which avid stargazers won't want to miss; Read to track them all

The universe will close the show with the second meteor shower in December that will be spotted the clearest on December 21 and 22. This is only a minor shower that will produce 5-10 meteors per hour.