R Vasudevan started building 'Plastic Roads' which has helped India to tackle the increase of plastic wastes. Find out how he creates roads with plastic.

Dealing with plastic waste is one of the biggest concerns globally with regards to the environment. It takes forever for the plastic to decompose and degrade which is why the number of dumping grounds has been significantly increasing. This has caused major environmental problems like a large amount of aquatic wildlife dying due to excessive dumping of plastic in various seas and oceans.

Who created roads with plastic garbages?

Many efforts have been taken to reduce, recycle, and reuse plastic to stop it from causing any more problems for mother nature. However, it continues to haunt the lives of every living creature on earth. But, not anymore.

The genius was awarded Padma Shree for his research and contributions in the year 2018.

Who is R Vasudevan? 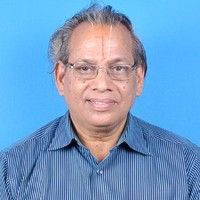 Vasudevan's research has not only solved a major problem of how India can deal with plastic waste but it also presented India with a new alternative to building materials for infrastructure which allows for cheaper and more durable products in building roads.

Also Read | Will make Maha free of single-use plastic by May 1: Aaditya

How did R Vasudevan manage to build plastic roads?

India has a major problem when it comes to potholes. The government has to spend a large amount of money on improving roads before or after the monsoon season. Vasudevan thought to sort out the problem with plastic and fused it with tar. With every kilogram of stone, he used 1/10th of the bitumen (which is a plastic waste).

Mixing plastic with tar was a genius idea as it makes the quality of roads twice as strong as using regular tar. This will go on to help the government create better roads that would not only withstand heavy rainfall but also withstand general wear and tear and allow roads to last longer in general.

R Vasudevan's idea has been encouraged around the country and is being used by panchayats, municipalities, and even the National Highways Authority of India. NHAI recently revealed that it wanted to use plastic waste for the construction of highways, especially National Highways. The country has already used the technology and created more than 100,000 kilometres of roads using plastic.

Which other countries have implemented the idea?

Apart from India, this genius idea has been used in several other countries like the Netherlands and The United Kingdom. According to the reports, UK has announced an investment of £1.6 million to test plastic road technology in a partnership with Asphalt enhancement company MacRebur where R Vasudevan's technology will be implemented while adding some other secret compounds to improve the longevity roads.