Researchers discovered viruses that were about 15,000 years old in two samples retrieved from China's Tibetan Plateau. 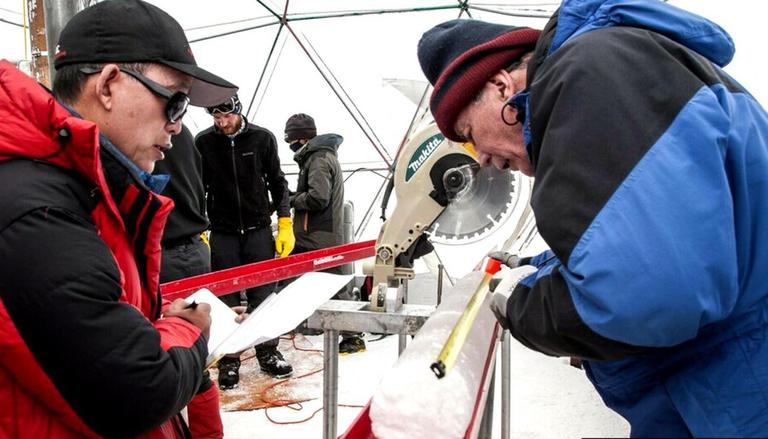 
Researchers studying glacier ice discovered viruses that were about 15,000 years old in two samples retrieved from China's Tibetan Plateau. The majority of those viruses, which survived because they were frozen, are unlike any. The findings, which were published in the journal Microbiome on Tuesday, July 20, could aid scientists in better understanding how viruses have changed through time. The researchers also developed a new, ultra-clean method for identifying bacteria and viruses in ice without polluting it for this study.

According to the journal, many viruses were buried in the ice

The lead author of the journal, Zhi-Ping Zhong, a microbiologist from Ohio State University's Byrd Polar and Climate Research Centre said, that along with dust and gases, many viruses were deposited in the ice. Their goal is to use this information to reflect historical ecosystems because the glaciers in western China have not been properly investigated. Viruses, of course, are a part of such habitats.

According to Science Daily, scientists looked at ice cores retrieved from the Guliya ice cap in western China in 2015. The cores are taken at heights, with the summit of Guliya, where the ice originated, standing at 22,000 feet above sea level. Year after year, layers of ice build-up in the ice cores, capturing whatever was in the atmosphere surrounding them at the time each layer froze. These layers form a sort of timeline, which scientists have used to learn more about climate change, microorganisms, viruses, and gases across time.

Using a combination of established and new unique approaches, researchers discovered that the ice was nearly 15,000 years old. They discovered genetic blueprints for 33 viruses while analysing the ice. The scientific community has already discovered four of these viruses. However, at least 28 of them are brand new. About half of them appeared to have made it through the ice.

Four of the viruses found in the Guliya ice cap cores had previously been discovered, and they belonged to viral families that normally attack bacteria. The viruses were discovered in concentrations far lower than those found in oceans or soil. Based on both the environment and known virus databases, the researchers concluded that the viruses most likely originated in soil or plants rather than animals or humans.

WE RECOMMEND
NASA successfully tests SLS rocket that will 'return humans to the lunar surface'
NASA to map every living organism on ISS by designing a 3-D map of its microbiome
International Kissing Day 2021: Here's how your body reacts when you kiss your partner
NASA researchers reveal ISS has robust population of bacteria and fungi
NASA shares stunning images of 5th brightest galaxy in sky, writes 'in dust we trust'