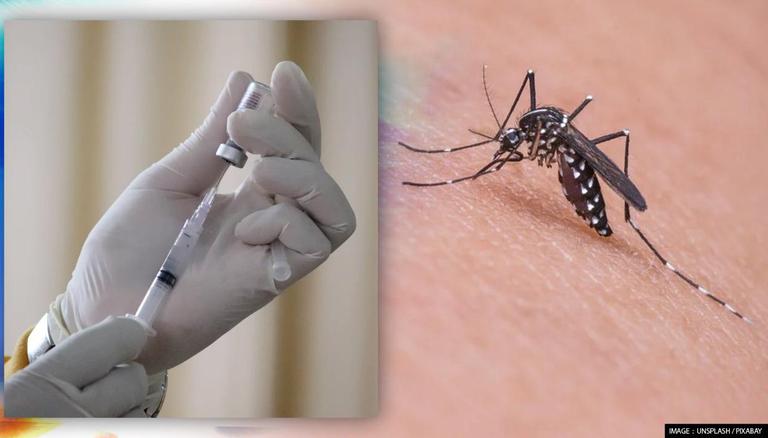 
Following the WHO's approval on the long-awaited Malaria vaccine, researchers from the London School of Hygiene and Tropical Medicine (LSHTM) on Thursday lauded the WHO's historical decision to promote the extensive use of a maiden malaria vaccine, possibly saving thousands of sub-Saharan African kids impacted by the disease.

WHO’s director-general, Dr Tedros Adhanom Ghebreyesus had on Wednesday, October 6 said that after a successful pilot programme in at least three African countries the RTS vaccine has received a green light to be rolled out widely. Scientists on the WHO's advisory bodies for immunisation and malaria teams have called the vaccine a breakthrough that could save lives from the deadly disease.

"The RTS,S/AS01 (RTS,S) malaria vaccine should be given to children in sub-Saharan Africa and other regions with moderate to high P. falciparum malaria transmission," the WHO declared on Wednesday.

The LSHTM team behind the study of the vaccine said that the application will maximise the impact in high burden areas and will further boost efforts to curtail Africa's child mortality rate. "This is a historic day for Malaria. For the first time we have a vaccine that is now recommended for expanded use in areas of Africa where the disease is endemic," said Professor Sir Brian Greenwood from LSHTM.

Professor Greenwood has been instrumental in malaria vaccination trials and research since the inception of RTS,S. "With malaria still a major cause of death, especially among young children in Africa, this decision has the potential to save millions of young lives. We urgently need more tools and innovative, practical solutions to malaria," Professor Greenwood said.

The LSHTM Professor asserted that while the RTS,S vaccine does not provide comprehensive protection, it helps in reducing death and illness in highly populated areas, especially when coupled with other issues like seasonal malaria chemoprevention and bed nets and be a huge boost to malaria containment measures.

"It is important that long-term investments and commitment to science and global health partnerships like these continue so that complex challenges that a disease such as malaria poses can be addressed and the potentially lifesaving benefits of RTS,S and other interventions can be realised," Professor Greenwood said.

Researchers from LSHTM after collaborating with partners across the globe conducted a wide range of activities that supported the development of the malaria vaccine and the WHO's approval on it. The LSHTM has been instrumental in designing, implementing clinical research on where the RTS,S might be best-suited and to whom.

Researchers of the university also warned that following a significant increase in the past two decades, malaria control progress has stalled and that new mechanisms are urgently needed to fight the deadly disease and protect affected African children at the risk of illness and death.

The continent continues to top the chart of deaths related to malaria and African children are at the highest risk of dying of the disease as more than 260,000 African children under the age of five succumb from malaria annually.

WE RECOMMEND
UN: African children should get world's 1st malaria vaccine
North Korea to receive COVID medical supplies from WHO after 2 years of border closure
COVID-19 testing and vaccination decline in Afghanistan since August: WHO
Russia's Sputnik V vaccine maker hopes to receive WHO nod by end of 2021
Who is Shree Saini? Here's everything you need to know about Miss World America 2021
Listen to the latest songs, only on JioSaavn.com