Scientists including those from NASA are suggesting ideas to rebuild a magnetosphere around the red planet which would ensure human survival on the red planet. 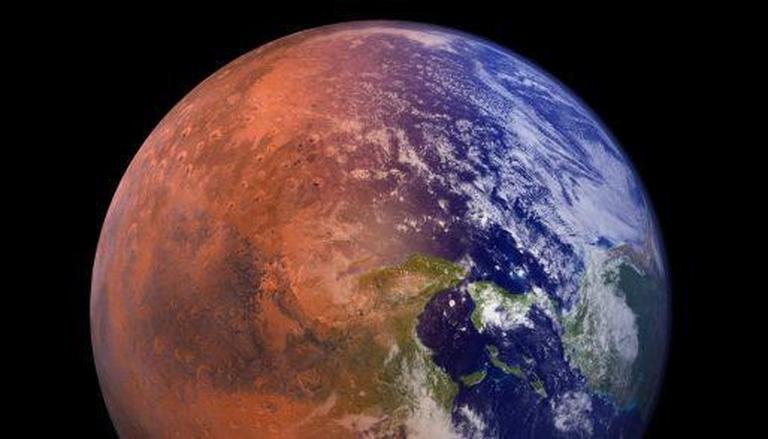 
Terraforming Mars to make humanity multi-planetary is a goal that space agencies pursue with utmost urgency and determination. And the reason why Mars has become our favourite option for human settlement other than the Earth is its features. Scientists now have clear evidence that Mars has frozen water beneath its surface. It has days with lengths almost equal to the Earth, and experts also have devised a method to create an atmosphere once we get there. However, one thing that would make human survival on Mars extremely punishing is the absence of a magnetosphere. And hence to ensure that our neighbouring planet remains kind to visiting humans, scientists, including those from NASA, suggest ideas to rebuild a magnetosphere around the red planet.

Why is a magnetosphere necessary?

The magnetosphere is the reason why our planet's atmosphere has not been eroded in its billions of years of existence. Formed by the poles of a planet, the magnetosphere shields a planet from strong incoming solar wind and ionizing particles. In the case of Earth too, the magnetic field has protected it from deadly charged solar particles and thus has kept the planet's atmosphere intact. Today, it is evident that Mars' weak magnetic field led to the stripping of its atmosphere which in turn resulted in the vanishing of its oceans.

Here's how to recreate Mars' magnetosphere

According to the new paper, which is to be published in the journal Acta Astronautica in early 2022, there are a few methods that could help rebuild a magnetosphere around Mars. As reported by Futurism, the study emphasised the need for a magnetosphere recreation saying,

For a long-term human presence on Mars to be established, serious thought would need to be given to terraforming the planet. One major requirement for such terraforming is having the protection of a planetary magnetic field which Mars currently does not have.

Scientists say that the amount of magnetic field required to deflect solar winds and charged particles would be no more than a regular fridge magnet, however, this needs to be generated to cover an entire planet. As per the paper, increasing the atmospheric pressure above the threshold required for human survival is one of the first goals of terraforming the red planet. This limit is called the 'Armstrong limit' and pressure below this limit will make the water in the lungs, eyes and saliva boil, turning humans into a bag of soup, Futurism reports.

In order to create the said magnetic field, scientists suggest using the strong flow of charged particles emitted by Mars' moon Phobos. The paper reveals that ionising the particles emerging from Phobos and accelerating them to create a plasma circle, that would create a magnetic field and will be enough to protect the planet from harmful radiations. However, this method would require a power supply of around 10¹⁷ joules, which is almost the amount consumed globally last year. While the idea sounds a bit extreme, it would require extreme efforts with large-scale implementation of resources.

READ | NASA, US govt seek ideas for a nuclear reactor on the Moon; aim for Mars if successful

WE RECOMMEND
NASA's Perseverance sends sunset pics from Mars: 'Take a moment to marvel'
Life-mimicking processes produce lots of false fossils on Mars, new study warns
NASA to launch LCRD mission in Dec. to test laser for faster communcations in space
NASA prepares to develop detergent in ISS for laundering clothes in off-planet missions
NASA, US govt seek ideas for a nuclear reactor on the Moon; aim for Mars if successful
Listen to the latest songs, only on JioSaavn.com