Astronomers in the US have resolved the mystery of bizarrely dimming Boyajian’s star saying that the alien megastructure was not alone.

Astronomers in the US have resolved the mystery of bizarrely dimming Boyajian’s star saying that the alien megastructure was not alone. Located 1,480 light-years away from earth, the star officially called ‘Tabetha “Tabby” Boyajian’ showed irregular dimming prompting analysts to mull the possibility of an alien structure. However, in the study published in the Astrophysical Journal, researchers led by Logan Pearce revealed that “Tabby” was not alone when it came to mysterious fluctuations but there were other stars which showed similar behaviour. 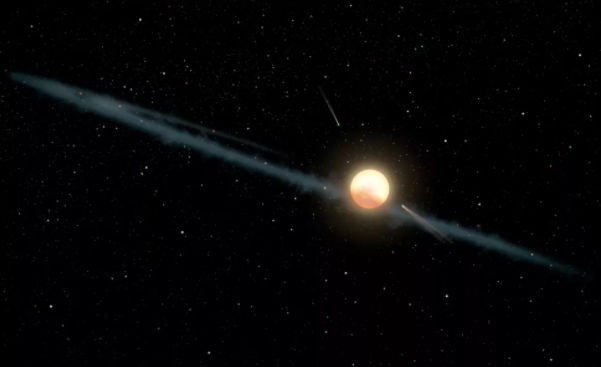 Analyzing the data from NASA’s Kepler Space Telescope, researchers had many times found the star dimming up by up to 22 per cent. The rather irregular dips lasted from days to a week. However, they were too substantial to be caused by planets or dust crossing the star's face. Meanwhile, there were researchers who argued that it was due to an alien megastructure that was built to capture light. While there were multiple explanations, there was no solid evidence to support any of them. Now, a new study author Edward Schmidt, an astrophysicist at the University of Nebraska-Lincoln, suggests that there are a more than a dozen stars like Boyajian's star.

Schmidt looked for counterparts of Boyajian's star using software that searched for analogous dimming events from about 14 million objects with varying brightness monitored in the Northern Sky Variable Survey from April 1999 to March 2000, Space. Com reported. He then followed up on possible candidates by examining their long-term behaviour, using data from the All-Sky Automated Survey for Supernovae, ruling outsources whose dimming could be caused by conventional explanations such as an eclipsing companion star or some intrinsic variability in brightness.

In the aftermath, Schmidt identified 21 stars that showed possibly unusual dimming. These fell into two distinct categories: 15 were "slow dippers" that dimmed at rates similar to Boyajian's star, and six were "rapid dippers" that showed even more extreme variability in their dimming rates. The researchers now aim to investigate in all these stars to find a plausible explanation for the phenomenon. "Further research into all of these stars might help solve the puzzle of their bewildering flickering”, the study's author said.

Read: NASA Investigates Into A Galaxy That Erupts Every 114 Days