US: Health Experts Trying To Ascertain Cause Of Mysterious Liver Illnesses In Children

The US Centers for Disease Control and Prevention and health officials across the globe are trying to ascertain the exact cause of mysterious liver illnesses. 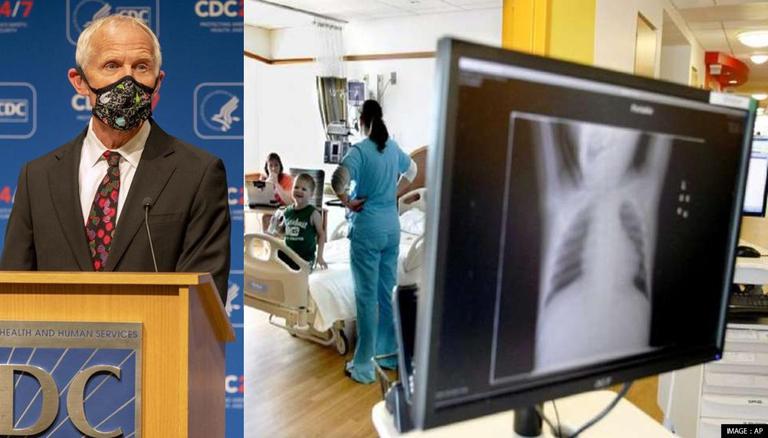 
The strange instances of severe liver damage in hundreds of young children across the world continue to perplex health officials. According to a report by the Associated Press (AP), the strongest proof points to a frequent stomach illness that hasn't been linked to liver issues in otherwise healthy children. The virus was detected in the blood of the youngsters who had been infected, but not in their livers. The US Centers for Disease Control and Prevention (CDC) and health officials across the globe are trying to ascertain the exact reason behind the mysterious liver illnesses.

"There’s a lot of things that don’t make sense,” said Eric Kremer, a virus researcher at the Institute of Molecular Genetics of Montpellier in France, AP reported. As the ailments are deemed rare, the CDC stated last week that it is investigating 180 probable cases across the US. They further noted that the majority of the youngsters were admitted to hospitals, with 15 of them requiring liver transplants, adding that at least six lost their lives.

According to Associated Press, more than 20 countries have logged hundreds of cases, with the US and the UK reporting the highest numbers. Fever, fatigue, loss of appetite, nausea, vomiting, abdominal discomfort, dark urine, light-coloured faeces, joint pain, and jaundice are all symptoms of liver inflammation. Though disease investigators claim they had been working on the riddle for months, the scale of the problem just became clear last month. Meanwhile, experts believe it's been very tough to pin down the cause of infections. Hepatitis A, B, C, D, and E viruses, which are common causes of liver inflammation in otherwise healthy children, did not show up in tests, the report stated.

Adenovirus 41 was discovered in infected children

The report further stated that Adenovirus 41 was the one that surfaced in tests. Adenovirus, of which there are dozens of variants, has been found in more than half of the cases in the United States. Adenovirus 41 was found in every single specimen tested to identify what sort of adenovirus was present. Meanwhile, the World Health Organization (WHO) said that Adenovirus was found in some of the European children, whereas, some were also tested positive for COVID-19. It further stated that more laboratory work is needed to investigate any potential links with specific viruses.

WE RECOMMEND
Taiwan would not join US' Indo-Pacific Trade pact, asserts NSA Jake Sullivan
New Zealand PM Jacinda Ardern to visit US to bolster economic ties after COVID recovery
Former US ambassador to Russia claims Washington 'was lying to Ukraine about NATO bid'
Rupee rises 4 paise to 77.66 against US dollar in early trade
US, SKorea open to expanded military drills to deter North