The LBC, a superconducting magnet has a magnetic flux density of 45.5 Tesla which is approximately 9000 times more powerful than a fridge magnet but about the size of an empty toilet tissue roll, as shared by MagLab.

MagLab's newest magnet briefly superseded its predecessor - the two-story superconducting magnet named '45T Hybrid magnet system' which is stored at -271 degrees Celsius (1.8 Kelvin) has the capacity to produce a magnetic field of 45 Tesla. 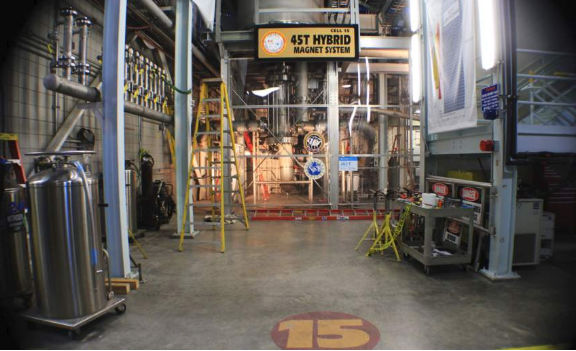 ISRO's Chandrayaan-2 Mission Next Month: India Outlines Challenges Of Landing Where No Agency Has Got To So Far

While the LBC too has to be stored at a freezing cold temperature, the core is so compact that it can fit inside a pint glass. The image released by the lab shows a coil weighs 90 grams (0.86 pounds). Though the '45T Hybrid magnet system' still remains as the world's strongest working magnet, enabling cutting-edge physics research into materials, the LBC is compelling proof of the possibility of miniaturization of magnets, according to MagLab's press release.

Here is the video released by MagLab explaining the working of LBC:

Talking about the materials used in the LBC, the lead scientist Seungyong Hahn has said in a press release:

"We used a newer compound called REBCO (short for rare earth barium copper oxide) which can carry more than twice as much current as a same-sized section of niobium-based superconductor. The more electricity you can cram in the core, the stronger the field. The REBCO product used was paper-thin, tape-shaped wires which were manufactured in-  house."

When The World Stopped To Watch Neil Armstrong's Moonwalk

The most unique feature as shared by David Larbalestier, a part of the team is the absence of insulation between the turns of the coils.

"The fact that the turns of the coil are not insulated from each other means that they can share current very easily and effectively in order to bypass any of these obstacles," explained Larbalestier.

Talking about the scope of the LBC, National MagLab Director Greg Boebinger has said that it is a plucky David to the MagLab's conventional Goliaths.

"This is indeed a miniaturization milestone that could potentially do for magnets what silicon has done for electronics. This creative technology could lead to small magnets that do big jobs in places like particle detectors, nuclear fusion reactors, and diagnostic tools in medicine."