When Is Next Meteor Shower In USA? Check Dates, Timing, And How To See Details 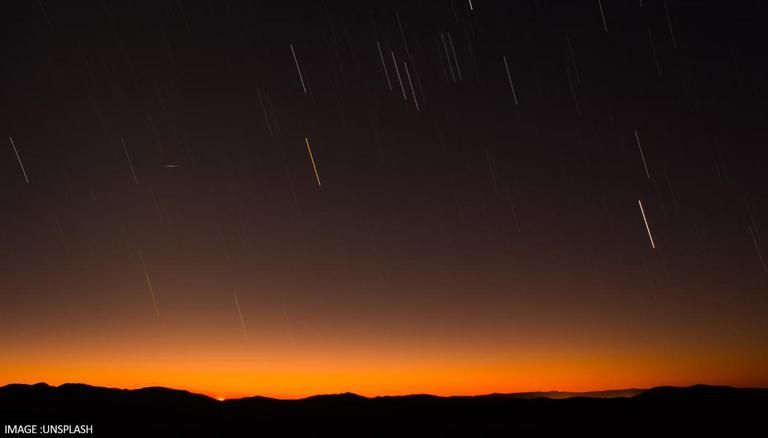 
Following the annual Draconid meteor shower in the US, the upcoming Orionid meteor shower is now expected to add some glitter to the autumn sky on 20 October. According to Space.com, the Orionids are a medium-strength shower that sometimes reaches high rates of activity. Every year, the Orionid meteors fly between 2 October to 7 November, which is when the Earth is passing through the stream of debris left behind Comet Halley - the parent comet of the Orionid shower.

Orionids are named after Orion because the meteors emerge from the same area in the sky as the Orion constellation. The upcoming meteor shower will be the second of the year that is caused by Halley’s Comet. The Orionids will peak on the 20-21 October when the moon will be 100 per cent full.

When to see it

The Orionid meteor shower is currently active, meaning US citizens can go outside during this time to spot a meteor streak across the night sky. Orion is best visible around 2 am local time. But one can see the most meteors streak across the night sky when it reaches its peak in the early morning of 20 October. However, the Moon will be full on the same night, which means it will likely be too bright to see many shooting stars.

Where to look in the night sky

US citizens can spot meteors near the Orion constellation, where the shower’s radiant point will be located. The higher the radiant point is in the sky, the higher the hourly rates of meteors per hour. During a full moon night, one can focus on areas in the sky away from the light of the moon to view the meteor shower.

READ | Perseid meteor shower 2021: Can one watch the shining celestial event in India?

How to view it

One doesn’t need any special equipment or skills to view a meteor shower. According to NASA, it is just important to let your eyes become adjusted to the dark in a bid to see more meteors. One can try to stay off phones or any bright screens that can negatively affect night vision.

READ | Where to watch Perseid Meteor Shower 2021? All you need to know about the celestial event

It is to mention that sometimes the Orionid meteor shower produces spectacular displays of up to 80 meteors an hour. However, in recent years it has produced more modest displays of about 20 or 30 visible meteors per hour. If you do see any Orionids, note that they’re known to be extremely fast meteors, plummeting into the Earth’s atmosphere at about 66 km per second.