Koo app has put out a release using the handle @ysjagan. The Andhra Pradesh CM would interact with people in Telugu and English. 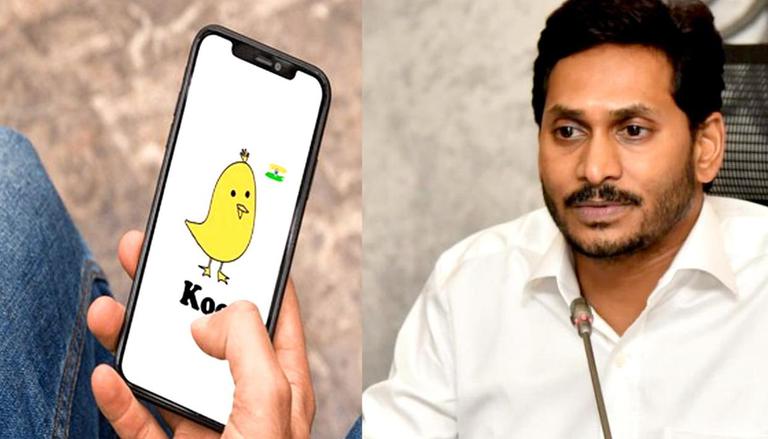 
YS Jagan Mohan Reddy, Chief Minister of Andhra Pradesh, has joined the Koo app, an Indian micro-blogging and social networking platform, on August 4. He intends to reach people directly in their native languages since the app allows users to interact in their regional language. His following on the app is currently at 3,900 accounts. The YSR Congress Party, the Office of the Chief Minister of Andhra Pradesh - CMO Andhra Pradesh, and AP Digital Corporation have also created their official accounts on the Koo app.

The app has put out a release using the handle @ysjagan. The release stated the Andhra Pradesh CM would interact with people in Telugu and English. On his official ID on the app, the CM shared a video in which he emphasised the need for building sustainable hospitals that will last for generations. Aprameya Radhakrishna, Founder and CEO of Koo, welcomed Reddy to the app and said, “We are very happy to extend a warm welcome to the Honourable CM of Andhra Pradesh. His presence on the platform will help all of his followers to easily keep in touch with him and his thoughts and opinions on a daily basis."

The Andhra CM has been sharing several posts on his Koo profile in both languages. In English, he put up a post congratulating Lovlina Borgohai and wrote, “Congratulations to #LovlinaBorgohai for winning the third medal for India at #Tokyo2020. She fought the best in her category and won a medal in her debut #Olympics. May you keep shining and inspire many young girls through your career ahead.”. Reddy also put up a post on his attendance at a Review Meet on IT, Digital Libraries at Camp Office.

The app was previously known as the Ku Koo Ku app, and it had also won the government of India's Aatmanirbhar App Innovation Challenge in August 2020. The app supports many regional languages from India. Its estimated value is approximately over $100 million. Its growing popularity had a significant push due to political figures making their official accounts on the app to post updates.

READ | 'We have nothing to hide': Koo CEO on becoming 1st platform to publish compliance report